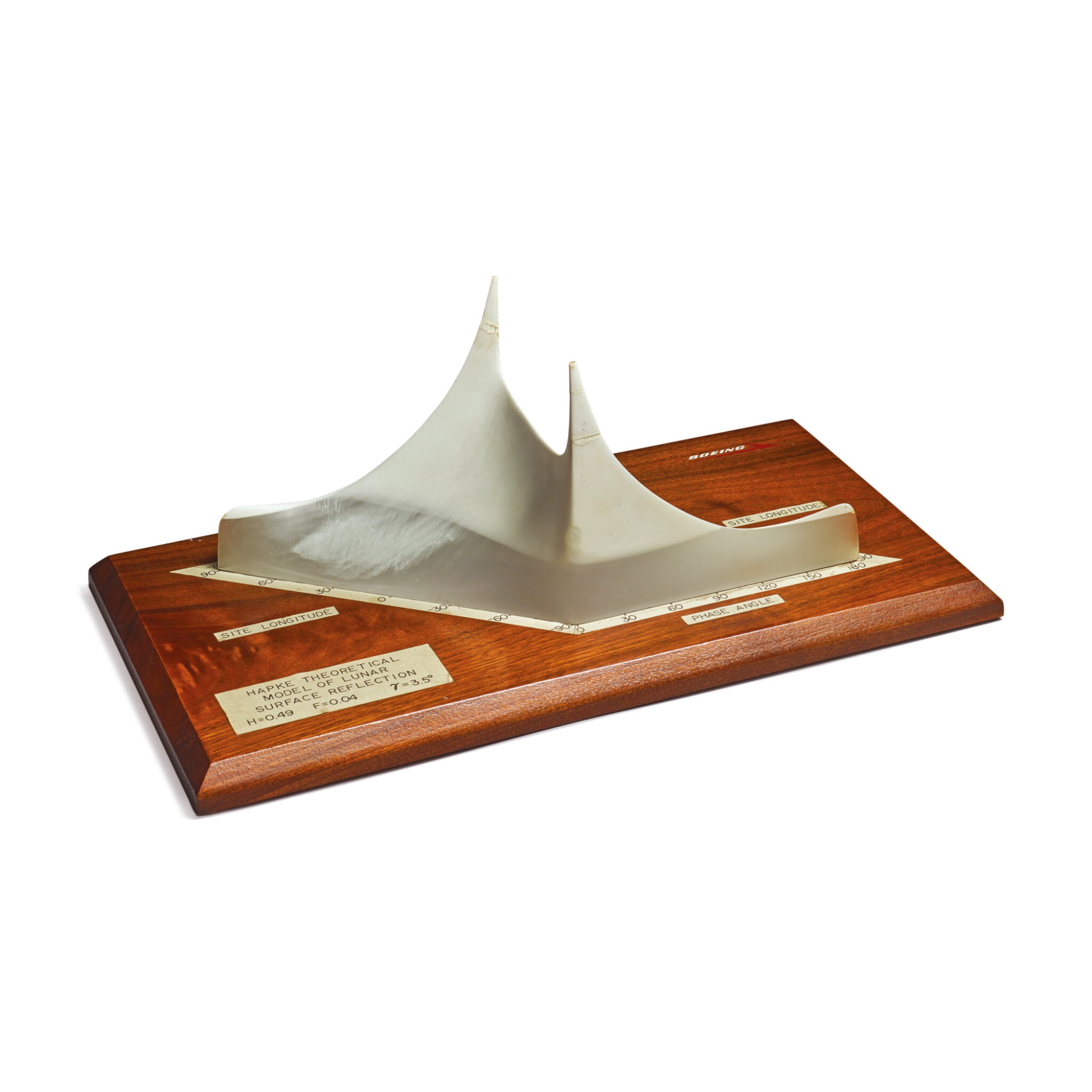 Contractor's model of unknown scale in painted acrylic (12 1/2 by 5 by 5/14 inches) on wooden base (16 by 9 by 1 inches), base marked "Boeing", and with label reading: "Hapke Theoretical Model of Lunar Surface Reflection. H=0.49 F= 0.04, Ɣ=3.5°", scales around base of model indicating Site Longitude and Phase Angle. Repairs to both peaks of model.

A VERY RARE CONTRACTOR'S MODEL DEMONSTRATING THE THEORETICAL SCATTERING OF LIGHT FROM THE LUNAR SURFACE. The lunar surface reflects light in ways that were very puzzling to scientists, as it reflects light back in the direction of the light source, rather than reflecting it uniformly in all directions. Because of this, astronauts walking on the moon had great difficulty viewing details or contrast when the Sun was at their backs. Noted planetary scientist Bruce Hapke was the first person to come up with an adequate theoretical model for this phenomenon, known as lunar photometric function, which was published in his 1963 paper "A Theoretical Photometric Function for the Lunar Surface." (Journal of Geophysical Research, 1 August, 1963). The present model is a 3D rendering of Hapke's theory.

For a detailed explanation of lunar photometric function see: Lunar Sourcebook: A User's Guide to the Moon.