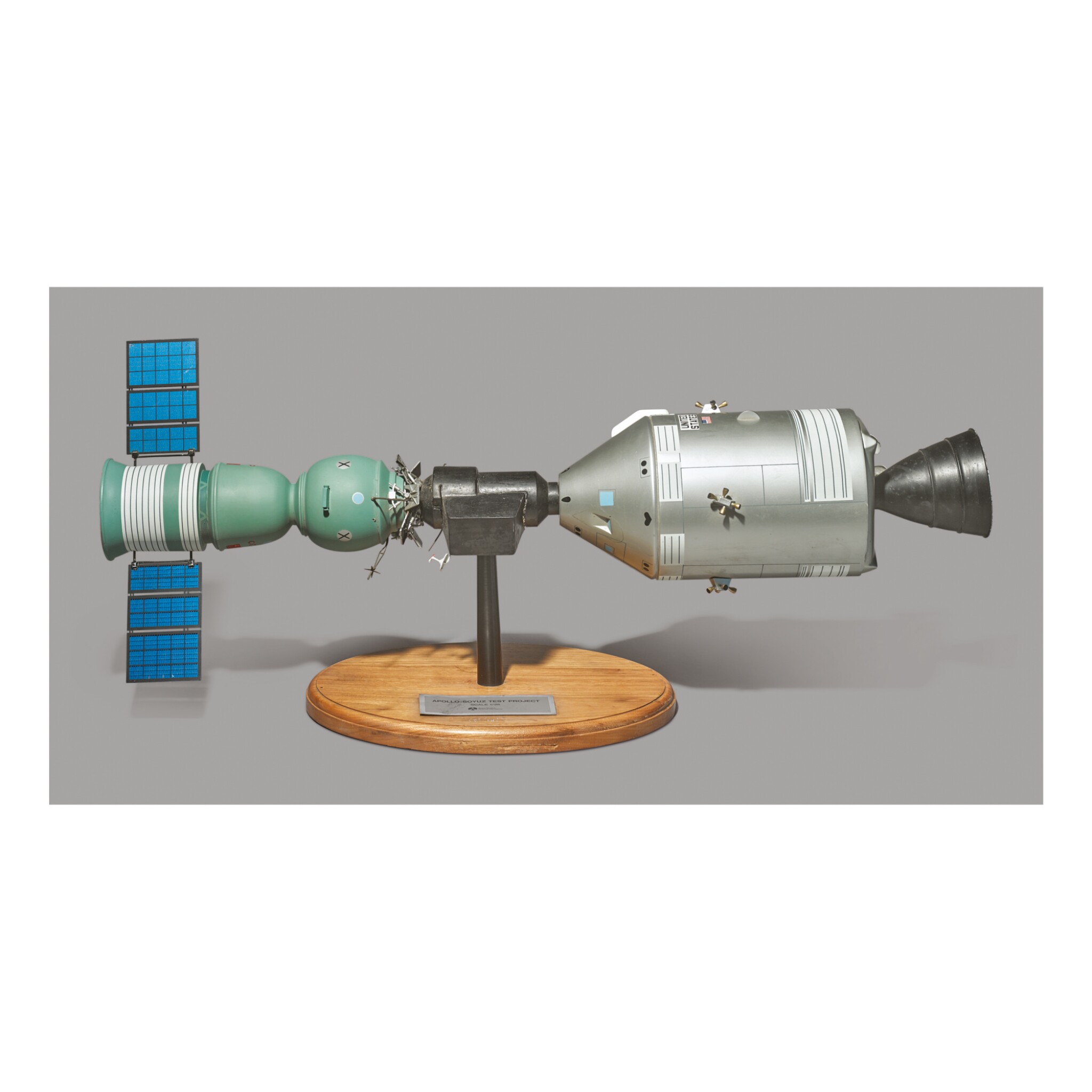 THE END OF THE SPACE RACE. Conducted in July 1975, the Apollo-Soyuz Test Project signaled the symbolic end of the Space Race which had begun with the launch of Sputnik in 1957. It was the first joint US-Soviet space flight, during which the US Apollo Command/Service Module docked with the Soviet Soyuz 19 capsule, and the two crews, consisting of US astronauts Tom Stafford, Vance Brand, and Deke Slayton, and Russian Cosmonauts Alexey Leonov and Valeri Kubasov visited each other’s ships, shared meals, and conducted experiments together. ASTP was the last manned US space mission until the first Space Shuttle flight in 1981.