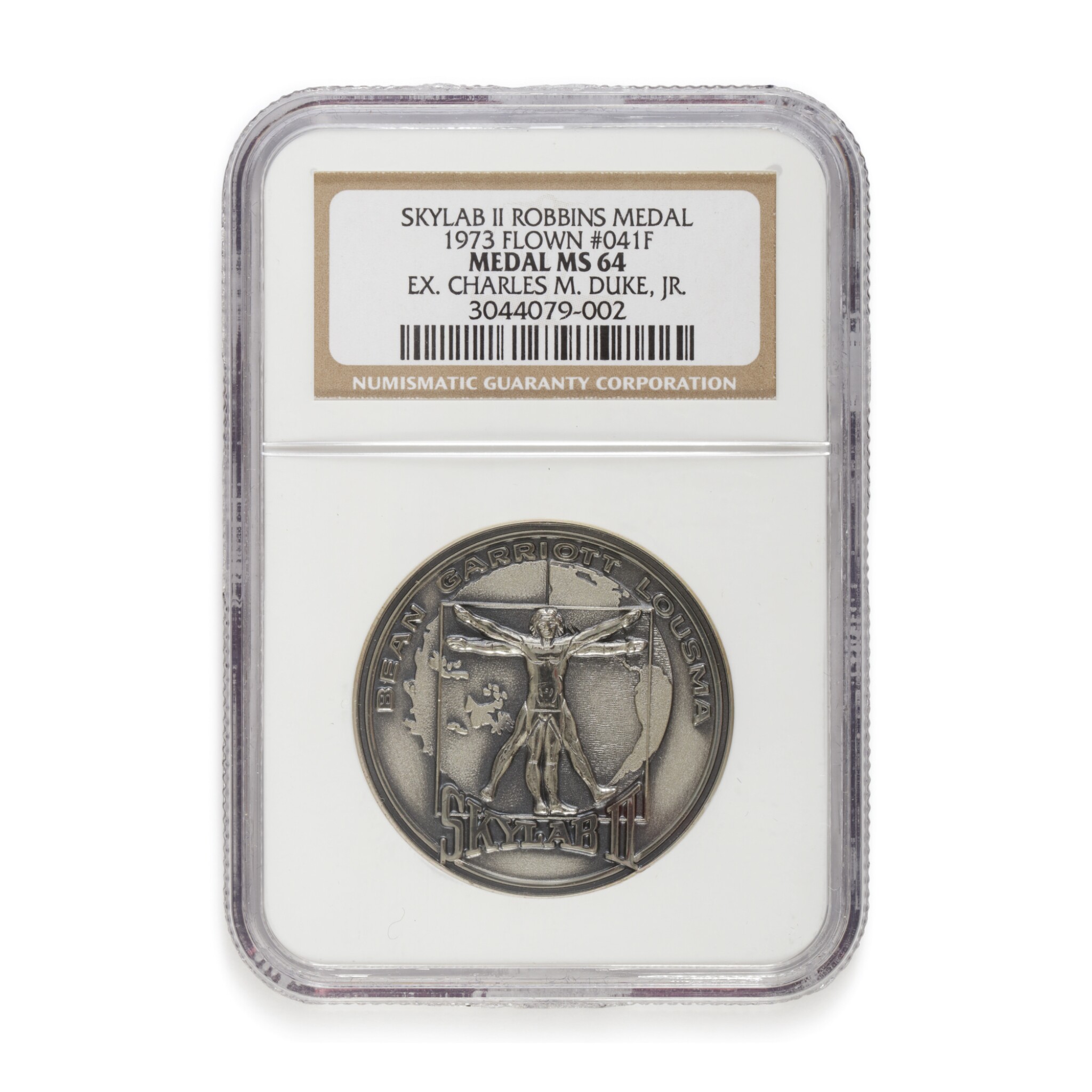 ONE OF ONLY 55 FLOWN OF 159 MINTED — A WELL-TRAVELED MEDALLION: THIS PIECE TRAVELED NEARLY TWENTY-FIVE MILLION MILES DURING ITS FIFTY-NINE DAYS IN SPACE

Charlie Duke's provenance letter reads: "I hereby certify that Skylab II Silver Robbins Medal, serial number 041F, was one that was flown aboard the second manned Skylab mission, July 28-September 25, 1973. As a member of the Astronaut office, I was permitted to purchase this flown medal. It has been in my possession and a part of my personal collection of space artifacts since receiving it shortly after the mission."