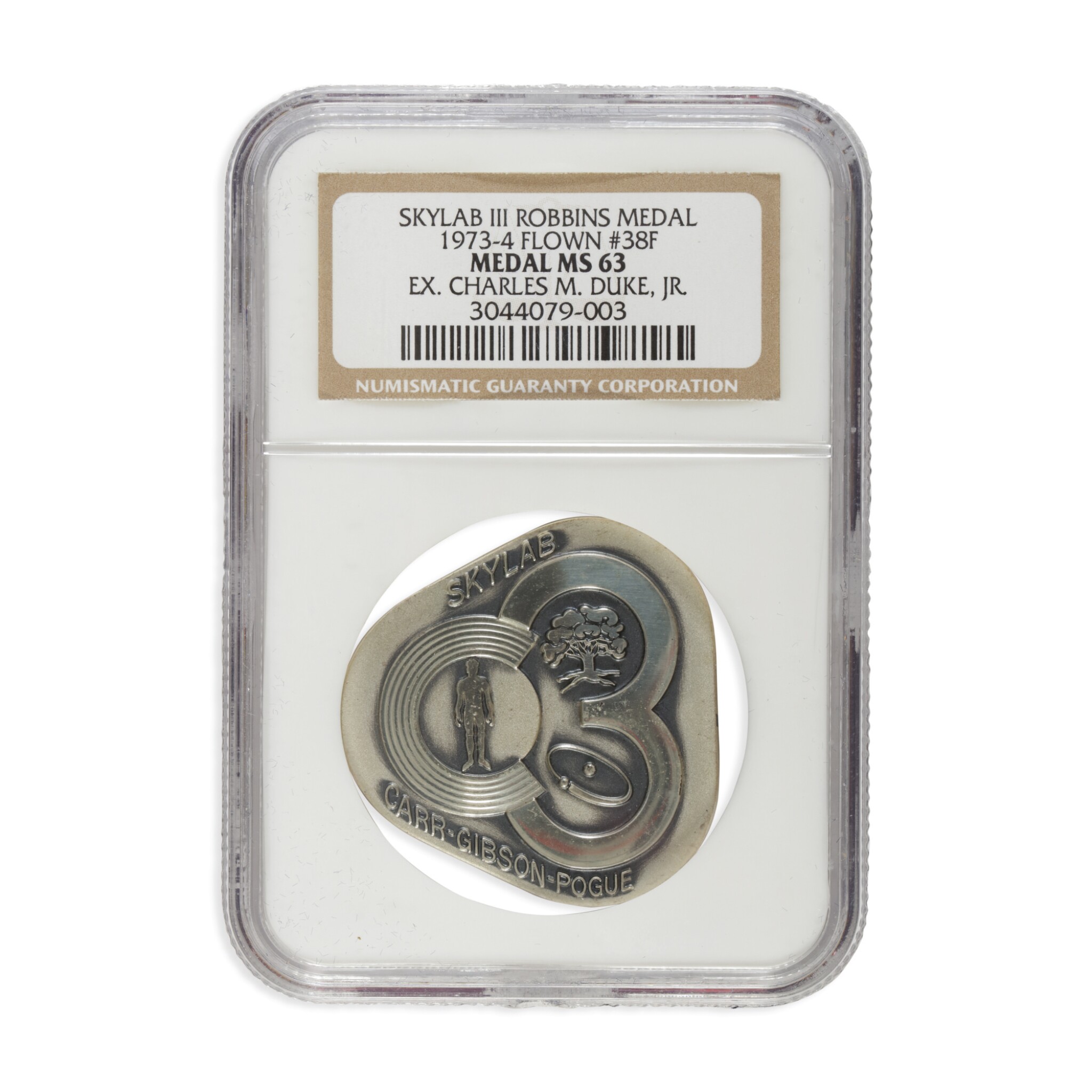 FLOWN Skylab III Robbins Medallion #38F, NGC MS 63 (certificate number: 3044079-003), sterling silver, 37 by 35 mm. Obverse features the mission insignia depicting a large number 3 and a rainbow circling the three major areas of investigation in the mission, as depicted symbolically through a tree, a hydrogen atom, and a human silhouette, reverse engraved with launch and return dates ("Nov. 16, 1973 to Feb 8, 1974"). With an Autograph Letter Signed by CHARLES DUKE on his letterhead.

Charlie Duke's provenance letter reads: "I hereby certify that Skylab III (SL-4) Silver Robbins Medal, serial number 38F, was one that was flown aboard the third and final manned Skylab mission, November 16, 1973-February 8, 1974. As a member of the Astronaut office, I was permitted to purchase this flown medal. It has been in my possession and a part of my personal collection of space artifacts since receiving it shortly after the mission."