Originally from the Collection of Apollo 12 Mission Commander Charles 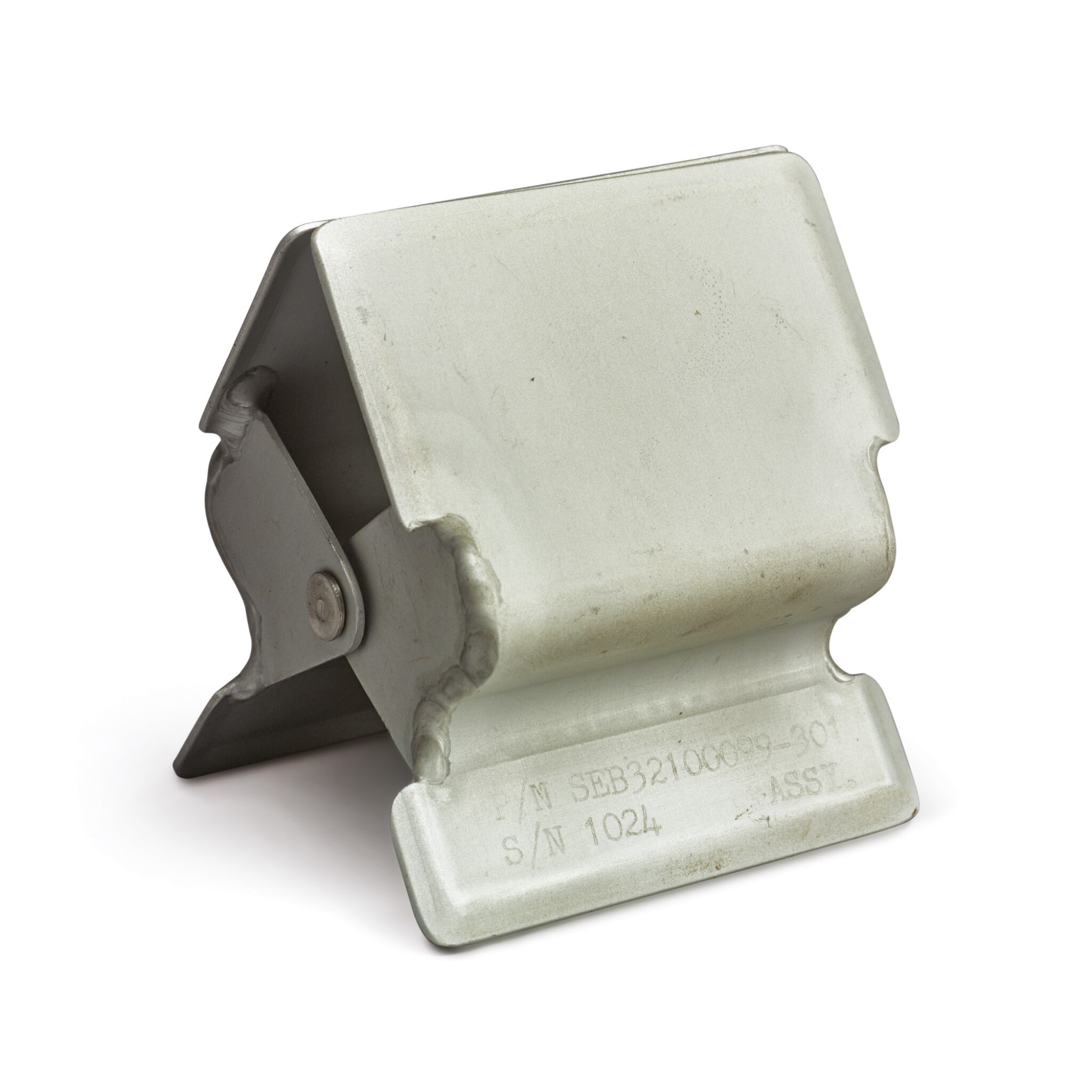 Originally from the Collection of Apollo 12 Mission Commander Charles

FLOWN TO THE LUNAR SURFACE ON APOLLO 12

FLOWN TO THE LUNAR SURFACE, Lunar Module Data Card Clamp, approx. 2 3/4 by 2 by 2 1/4 inches, etched with "P/N SEB32100099-301 | S/N 1024 | ASSY" with Velcro square adhered to one side; minor wear consistent with use. Displayed in an elaborate acrylic box with Velcro mount, with a photograph of the lunar surface showing the path of Apollo 12 LM Intrepid, and facsimile LM Data Card Book, acrylic cover bears additional translucent descriptive text. With a Typed Letter Signed by PETE CONRAD on Odyssey Group letterhead, dated May 31, 1994.

FLOWN TO THE LUNAR SURFACE ABOARD APOLLO 12 LUNAR MODULE INTREPID

This Data Card Clamp, which was used to secure the critical lunar surface data cards, spent over 31 hours on the Lunar Surface. It, along with the other items in the Lunar Module, was exposed to lunar dust after Alan Bean and Pete Conrad returned from their extensive lunar surface explorations, their suits covered in sticky moondust, which adhered to everything they came into contact with. The material was so sticky that a special vacuum was needed to remove the material, which was impossible to completely remove, and thus, pretty much everything that was housed in the Lunar Module will have trace amounts of lunar material adhering to it.

Pete Conrad's provenance letter reads: "I Pete Conrad, hereby state that Lot #210 (Apollo XII Clamps used in the Lunar Module) as featured in the Odyssey Auctions, February 27, 1994 catalog is authentic and as described."