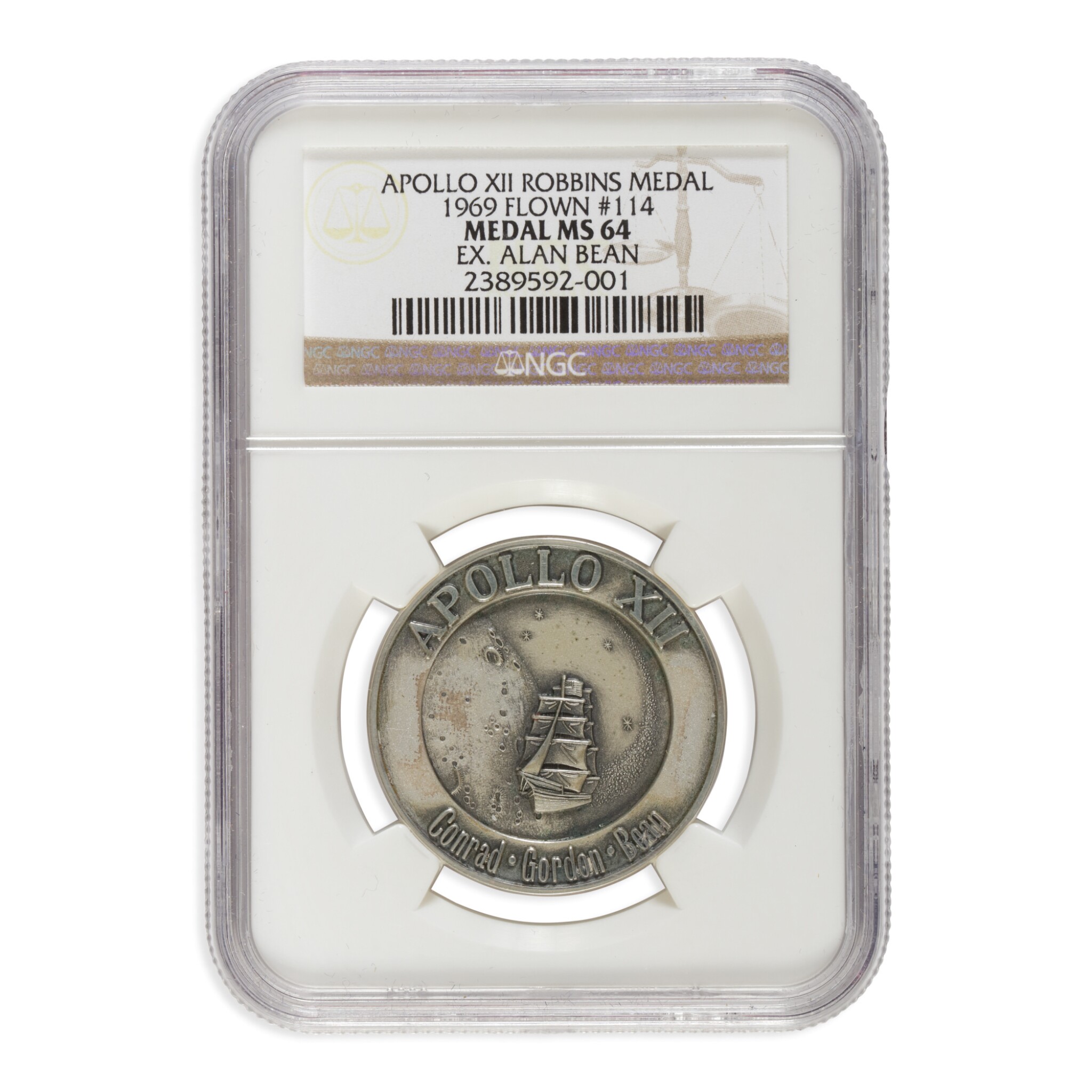 ONE OF ONLY 262 MINTED AND FLOWN

Of the run of medallions created for Apollo 12, the first 82 were struck from a silver ingot salvaged from a 1715 shipwreck off Cape Canaveral (the "Spanish Plate Fleet" medallions). Serial numbers 83-262 can be distinguished by the addition of a Sterling silver hallmark, lacking in serial numbers 1-82.

Al Bean's provenance letter reads: "I hereby certify that the silver Apollo 12 Robbins Medallion identified by the number 114 flew aboard Yankee Clipper, our command module, into lunar orbit, 60 miles above the moon, on our Apollo 12 mission in November 14-24, 1969."