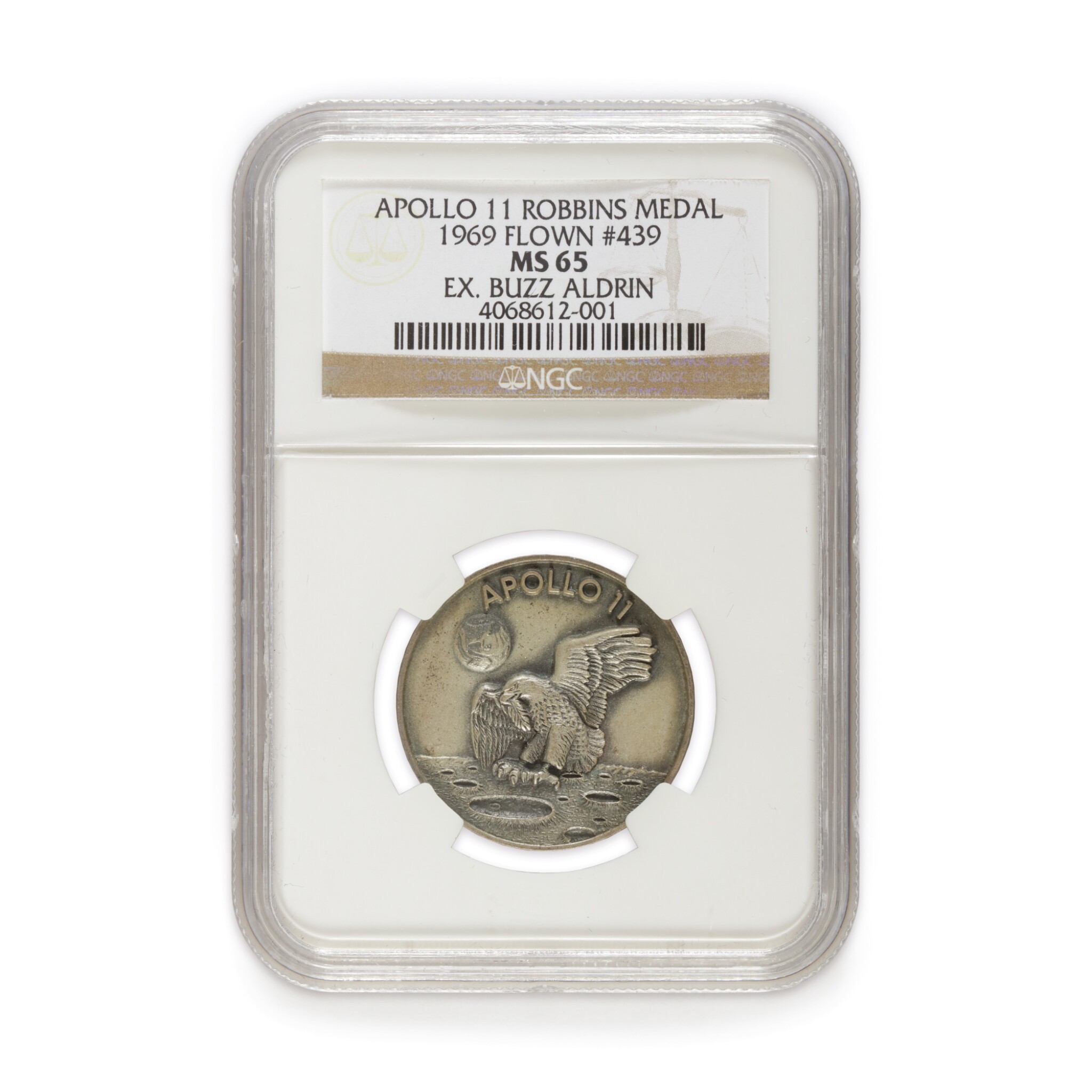 On July 16th, 1969 at 9:32 EDT the world watched as the Apollo 11 space vehicle launched, carrying on board its crew: Mission Commander Neil Armstrong, Lunar Module Pilot Edwin "Buzz" Aldrin, Jr., and Command Module Pilot Michael Collins. After a 2½ hour checkout period, the Saturn V rocket's third stage injected Command Service Module (CSM) Columbia and Lunar Module (LM) Eagle into the translunar phase of the mission, and at approximately 76 hours, the spacecraft was inserted into lunar orbit. At 100 hours the LM was undocked, and about 90 minutes later, the descent orbit insertion maneuver was performed with a near 30 second burn of the descent propulsion system. Approximately 70 minutes later, Neil Armstrong and Buzz Aldrin touched down onto the lunar surface aboard the Eagle in the Sea of Tranquility.

FLOWN relics from Apollo 11 are among the most prized in this collecting field. As the fifty years anniversary of the first lunar landing nears, the present lot affords an exciting opportunity to recapture the magic of that occasion, as Armstrong and Aldrin stepped out into the Sea of Tranquility, and into the unknown.

Buzz Aldrin's provenance letter reads: "This is to certify that the silver medallion (serial #439) was flown aboard the Apollo XI mission to the moon and that it is from my personal collection."