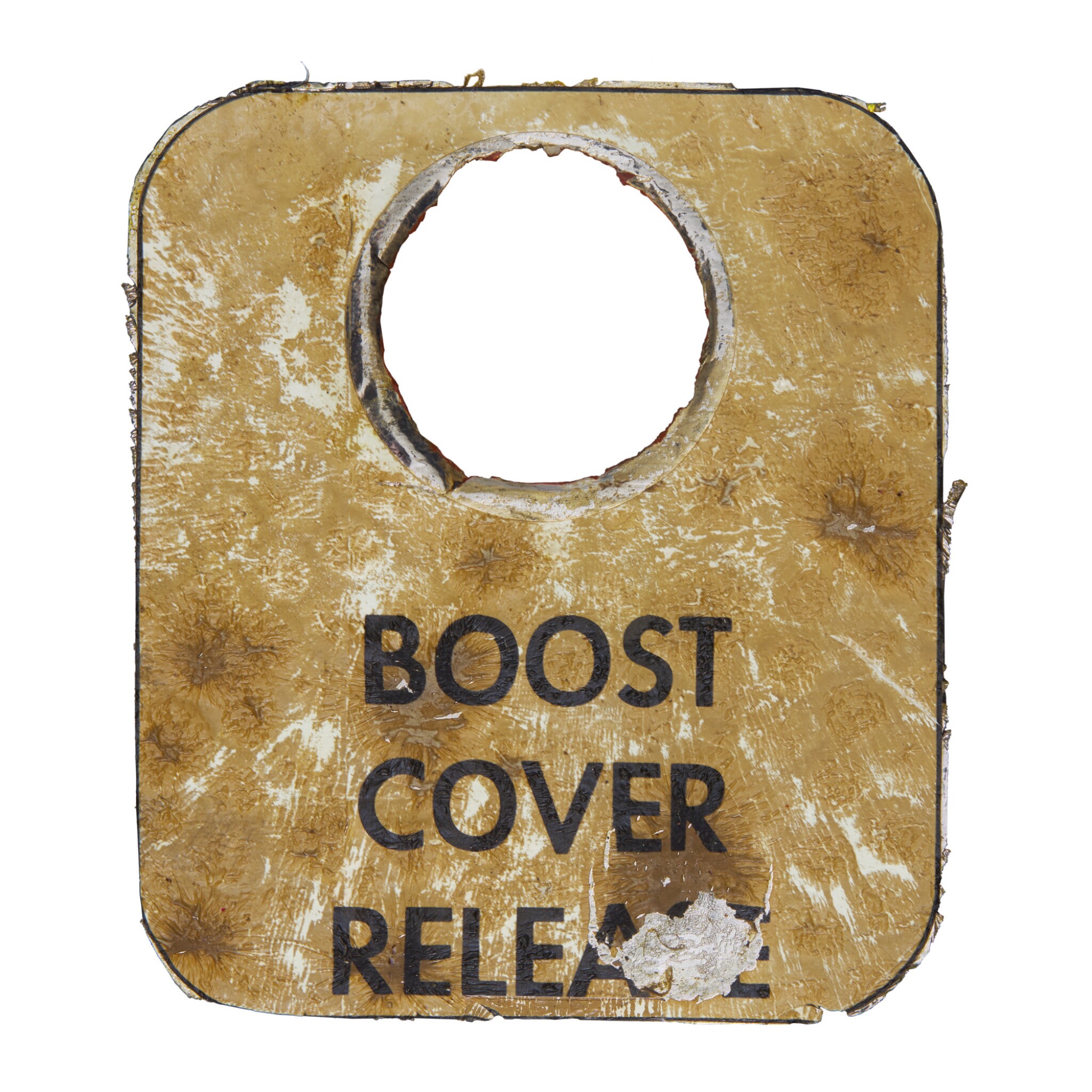 FROM THE ACCESS HATCH OF APOLLO 11 COMMAND MODULE "COLUMBIA"

The Apollo 11 spacecraft was launched atop the Saturn V rocket on July 16th, 1969. It was made up of three parts: the Command Module, nicknamed the “Columbia,” and the Service Module (both manufactured by North American Aviation, later North American Rockwell); and the Lunar Module, nicknamed “Eagle” (manufactured by Grumman Aircraft Company). The Lunar Module itself was a two stage spacecraft, with a descent stage, used to land on the lunar surface, and a descent stage, used to re-ascend from the lunar surface and dock with the Command/Service Module.

The Boost Cover Release Port Label was salvaged by Charles “Chuck” E. McKim, one of the Operational Team Leaders on the recovery and deactivation/decontamination teams from North American Aviation/Rockwell International.