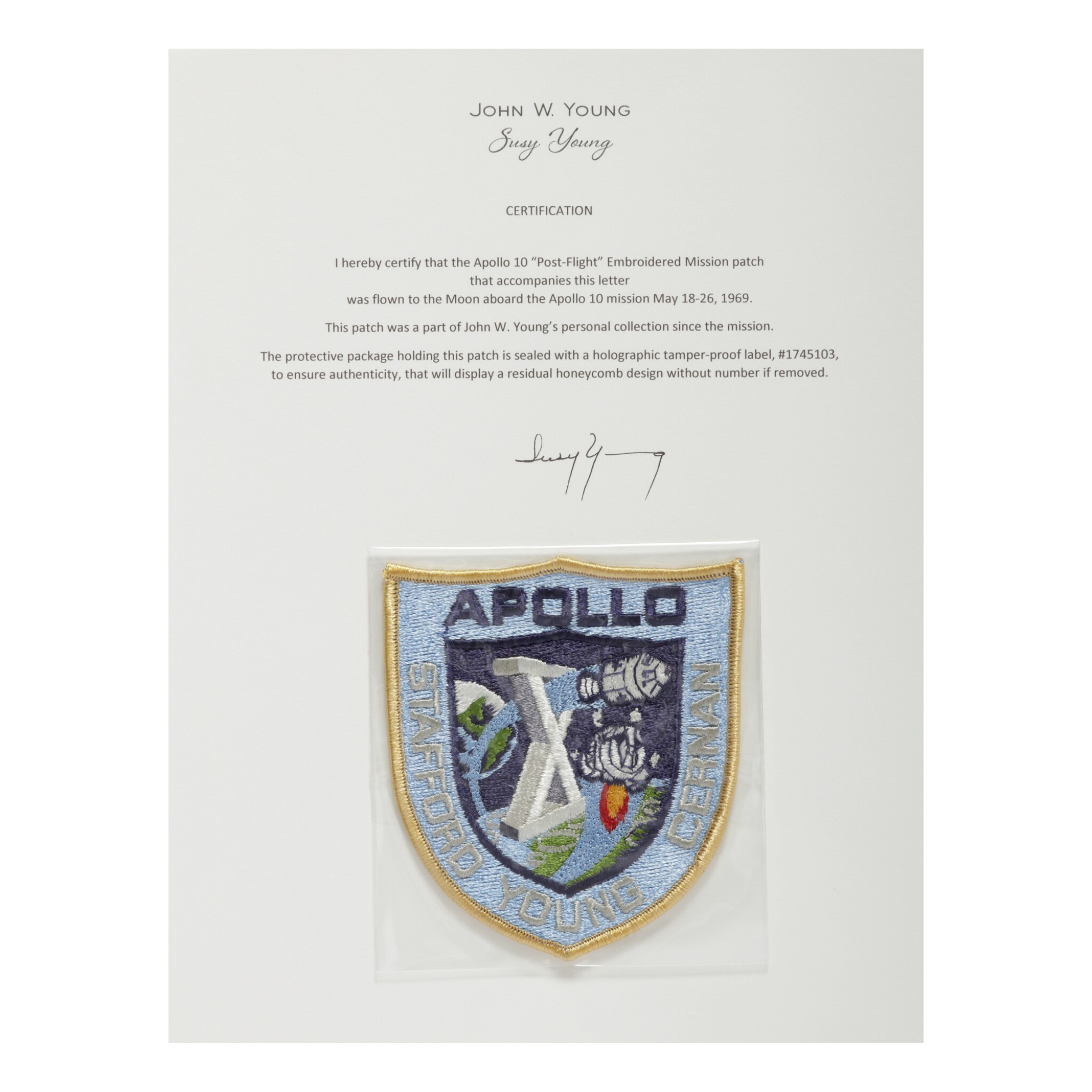 FLOWN embroidered shield-shaped patch, 4½ by 4 inches overall, depicting the roman numeral X alongside the Command Service Module and Lunar Module, with earth visible in the background, and the mission name and crewmember surnames ("Stafford | Young | Cernan") around the perimeter of the shield against a light blue background. Affixed to a Typed Letter Signed by John Young's widow, Susy Young, on their personal letterhead.

Susy Young's provenance letter reads, in full: "I hereby certify that the Apollo 10 "Post-Flight" Embroidered Mission patch that accompanies this letter was flown to the Moon aboard the Apollo 10 mission May 18-26, 1969. This patch was part of John W. Young's personal collection since the mission. The protective package holding the patch is sealed with a holographic tamper-proof label, #1745103, to ensure authenticity, that will display a residual honeycomb design without number if removed."