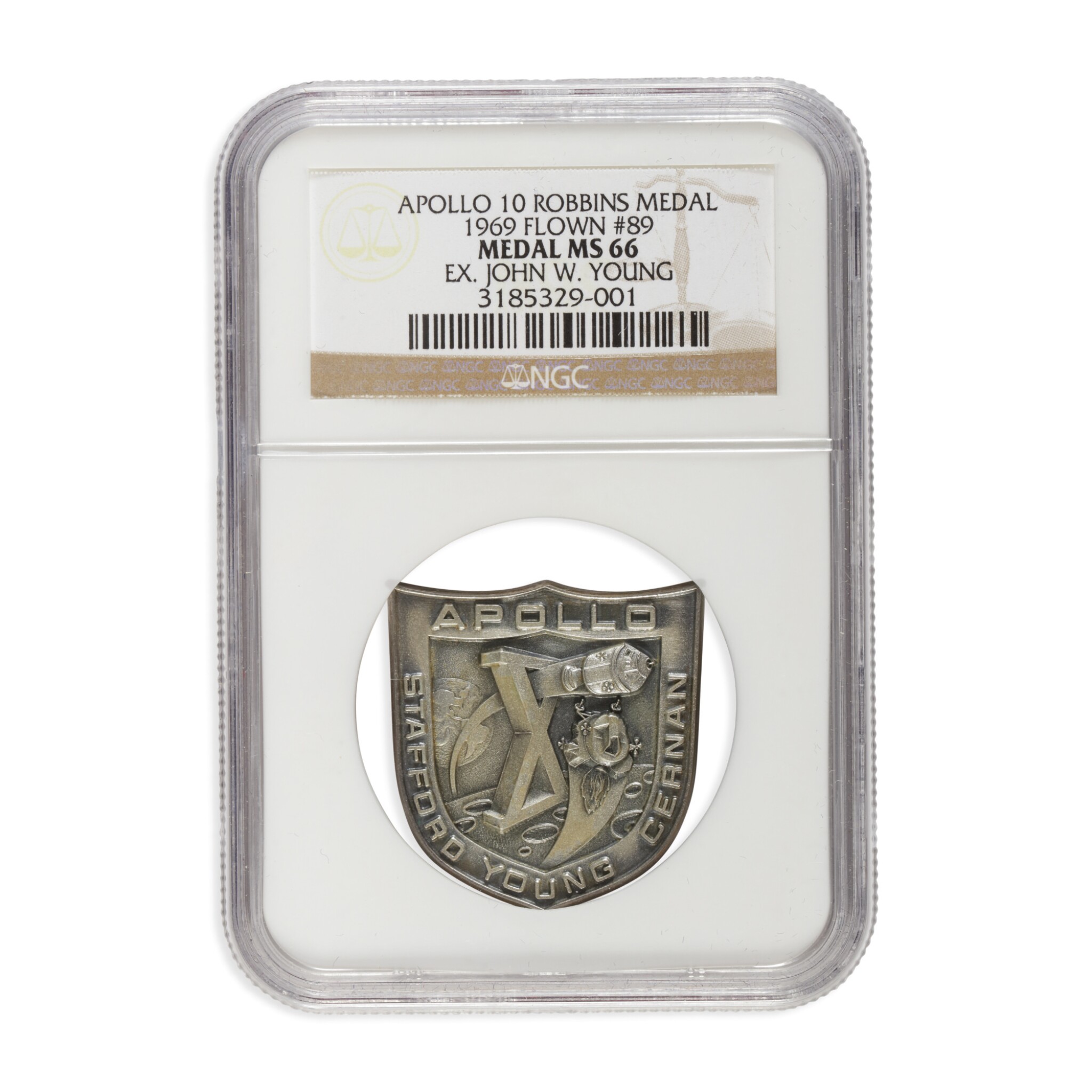 FLOWN Apollo 10 Robbins Medallion #89, NGC MS 66 (certificate number: 3185329-001), sterling silver, 29 by 31 mm. Obverse features the mission insignia with the roman numeral X alongside the Command Service Module and Lunar Module with Earth visible in the background, reverse engraved with the mission dates ("May 18-26, 1969") and serial number. With an Autograph Letter Signed by JOHN YOUNG on his letterhead.

ONE OF ONLY 300 MINTED AND FLOWN

Upon their return to Earth on May 26, 1969, Apollo 10 astronauts Tom Stafford (CDR), John Young (CMP), and Gene Cernan (LMP), established the all-time record for the highest speed ever attained by a crewed vehicle — 24,791 nautical miles per hour, making this medallion one of the fastest flown space artifacts in existence.

John Young's provenance letter reads: "I hereby certify and confirm that Silver Robbins medal, serial number 95, is one that was flown to the Moon aboard the Apollo 16 Command Module, April 16-27 1972. This medal has been part of my personal collection since the mission."