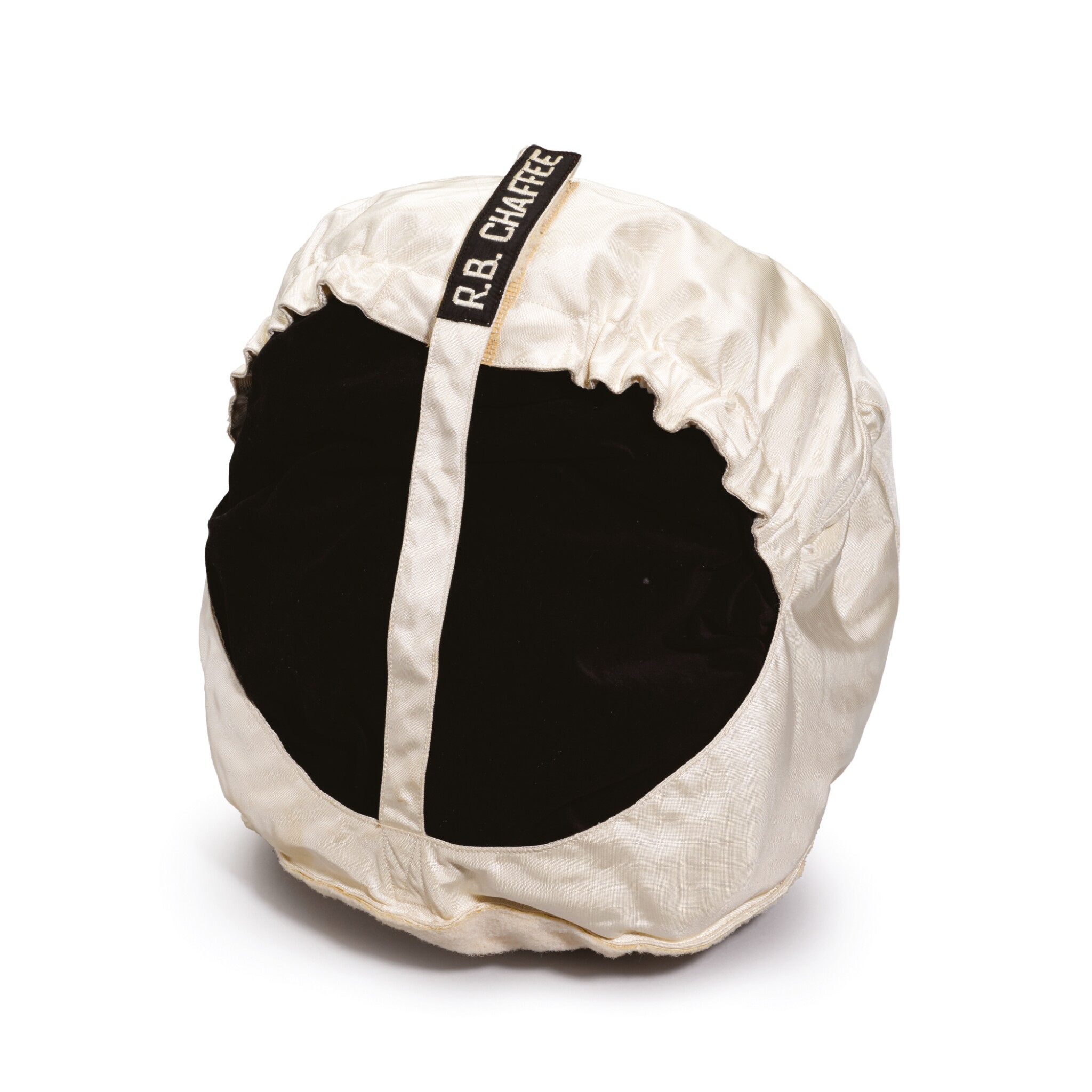 Apollo 1 was the first mission in the manned lunar landing program, which was scheduled to launch on February 21, 1967, from the Cape Kennedy Air Force Station Launch 34 Complex in Florida, carrying as its crew Command Pilot Virgil “Gus” Grissom, Senior Pilot Ed White, and Pilot Roger B. Chaffee. Tragedy struck during a launch rehearsal test on January 27th, with a cabin fire killing all three crew members and destroying the Command Module. Investigations later determined that the cause of the fire was electrical, which spread rapidly due to the high pressure, pure oxygen atmosphere of the cabin.

Command Pilot Gus Grissom had announced his intention to spend a full 14 days in orbit; had the crew reached orbit, they would have stored their helmets and gloves in their bags, and stowed them on the cabin floor using the Velcro attachments. Because the January 27 launch was a test flight that would not remain in orbit, the crew was to keep their helmets on for the entirety of the flight. Because the Helmet-Glove Stowage bags were not needed on the test flight, they were not brought along with the crew into the spacecraft on that fateful day.

Roger Chaffee (1935-1967) was a naval officer, aviator, and aeronautical engineer. He was selected to be part of NASA astronaut group 3, and went on to serve as CAPCOM for Gemini 3 and Gemini 4. Apollo 1 was his first spaceflight assignment. He was posthumously awarded the Congressional Space Medal of Honor.

The umbilical tower and service structure of Launch Complex 34 were razed, and the launch platform at the center of the pad serves as a memorial to the Apollo 1 crew. A plaque at the site reads:

"Dedicated to the Living Memory of the crew of Apollo 1

They gave their lives in service to their country in the ongoing exploration of humankind's final frontier. Remember them not for how they died but for those ideals for which they lived."

A second memorial plaque at the site reads:

"IN MEMORY OF THOSE WHO MADE THE ULTIMATE SACRIFICE

SO OTHERS COULD REACH THE STARS

(A ROUGH ROAD LEADS TO THE STARS)

GOD SPEED TO THE CREW OF APOLLO 1."

Transferred from the Smithsonian to the U.S. Space and Rocket Center in Alabama, and then subsequently de-accessed.