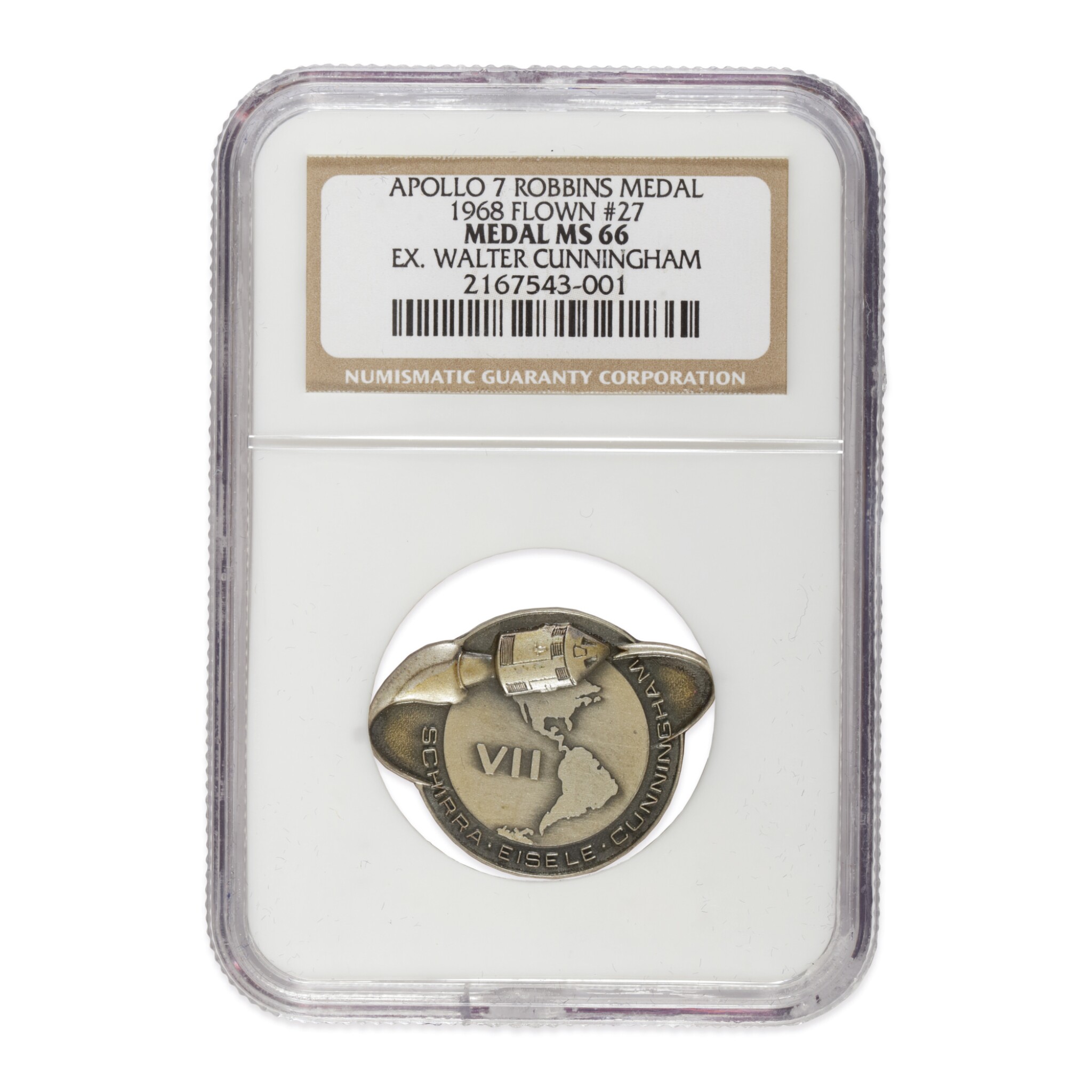 Robbins medallions have been produced for, and flown on, every manned NASA mission since Apollo 7. The medallions were paid for by the crews, and available for purchase from the Astronaut Flight Office strictly by other astronauts. 255 medallions were initially minted for the flight of Apollo 7, but Walter Cunningham later commissioned the Robbins Company to strike an additional 45 silver medallions from the original Apollo 7 dies. These unflown medallions were given serial numbers 256 through 300.

Walt Cunningham's provenance letter reads, in part: "I have sent a flown, silver Apollo 7 Robbins Medallion (serial No. 27) for your collection. It flew with me aboard Apollo 7, October 11-22, 1968, and has been part of my collection since the mission. My design of the Apollo 7 medallion emphasized the earth orbital character of the first manned Apollo mission, The circle represents the earth, while the ellipse is the shape of all earth orbital paths."