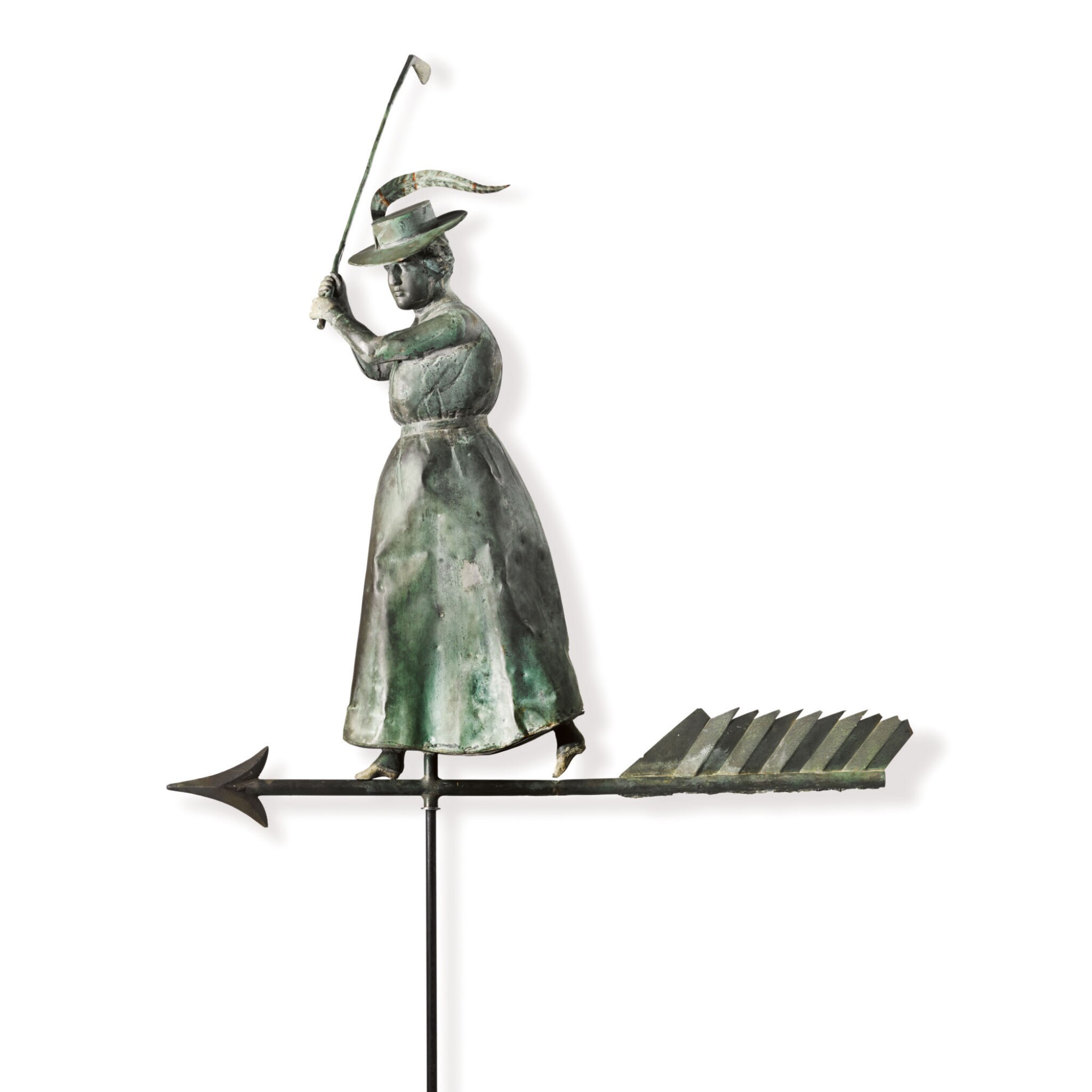 Please note this lot is sold with an accompanying wooden pedestal.

Golf did not flourish in America until the late 1800s, and women quickly followed men into the game. The Shinnecock Hills Golf Club on Long Island opened its doors to women in 1891, the first women’s club was formed in 1894 at the Morris County Golf Club in New Jersey, and the first women’s USGA tournament was held in 1895 at Meadow Brook Club in Jericho, New York. This unique vane probably represents an early female golf champion, perhaps Margaret or Harriot [sic] Curtis-the Serena and Venus Williams of their day-who competed against each other and dominated women’s golf in the early years of the twentieth century.