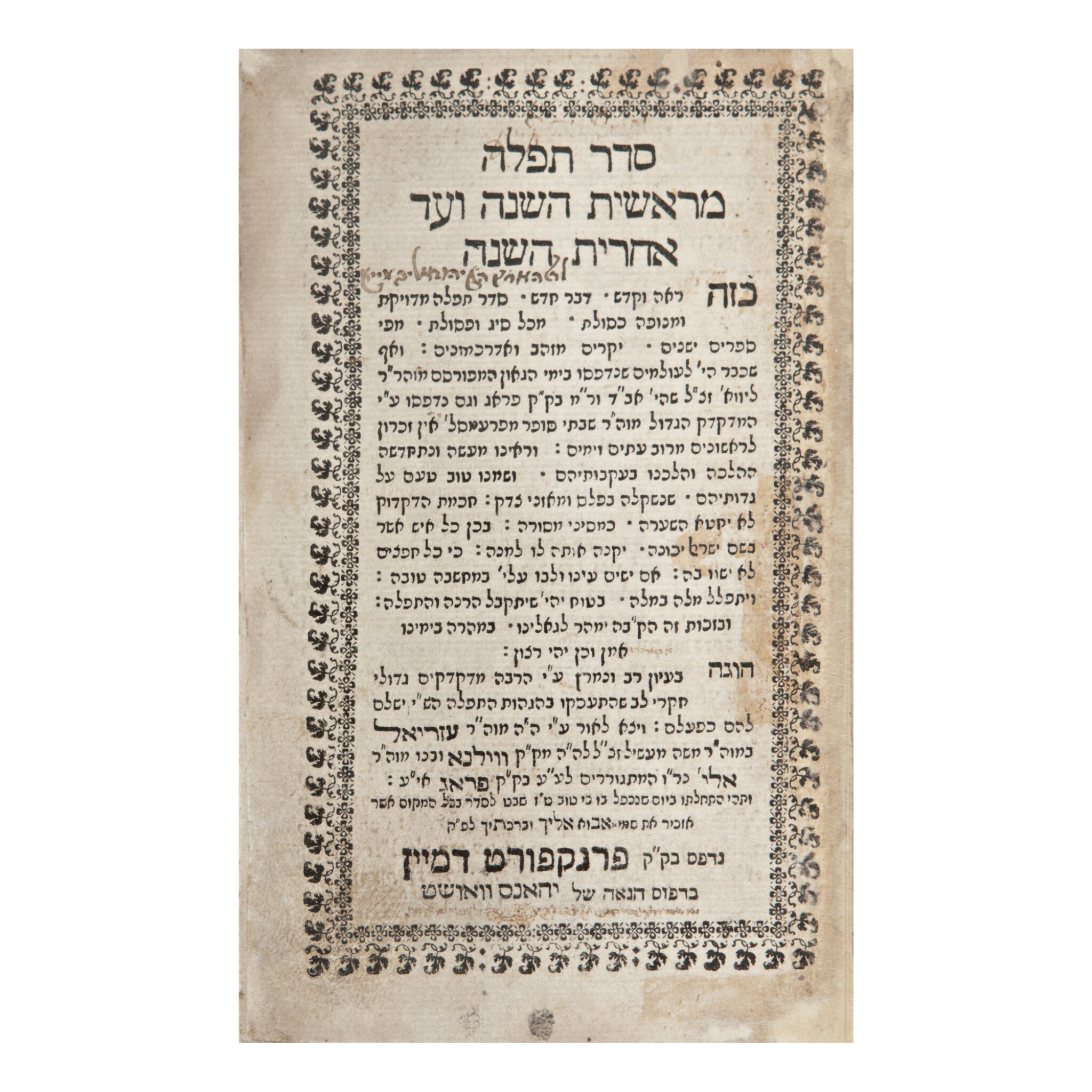 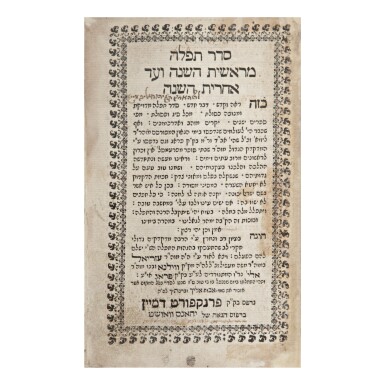 A rare copy of the first edition of an influential Ashkenazic liturgy.

Balthasar Christian Wust the Elder (1630-1704/1708) and his son Johannes were important figures in the early history of Hebrew printing in Frankfurt. From about 1692 to 1707, the younger Wust issued at least thirty-one titles, including the present lot. This prayer book is distinguished by the care taken to ensure the accuracy of its text. For this purpose, the editors, Rabbis Azriel ben Moses Meshl and his son Elijah of Vilna, consulted a manuscript corrected by the hand of the famous grammarian Rabbi Shabbetai Sofer of Przemysl. At the close of the volume appears a twelve-folio introduction to Hebrew grammar entitled Ma‘aneh eliyyahu, adapted from part of Rabbi Isaac ben Samuel ha-Levi of Posen’s Sefer siah yitshak (Prague, 1627). This edition of the Polish-rite prayer book would prove popular and go on to be reprinted in quick succession, under the title [Seder] tefillah derekh siah ha-sadeh, in Berlin (1713), Wilhermsdorf (1721), and Altona (1729).