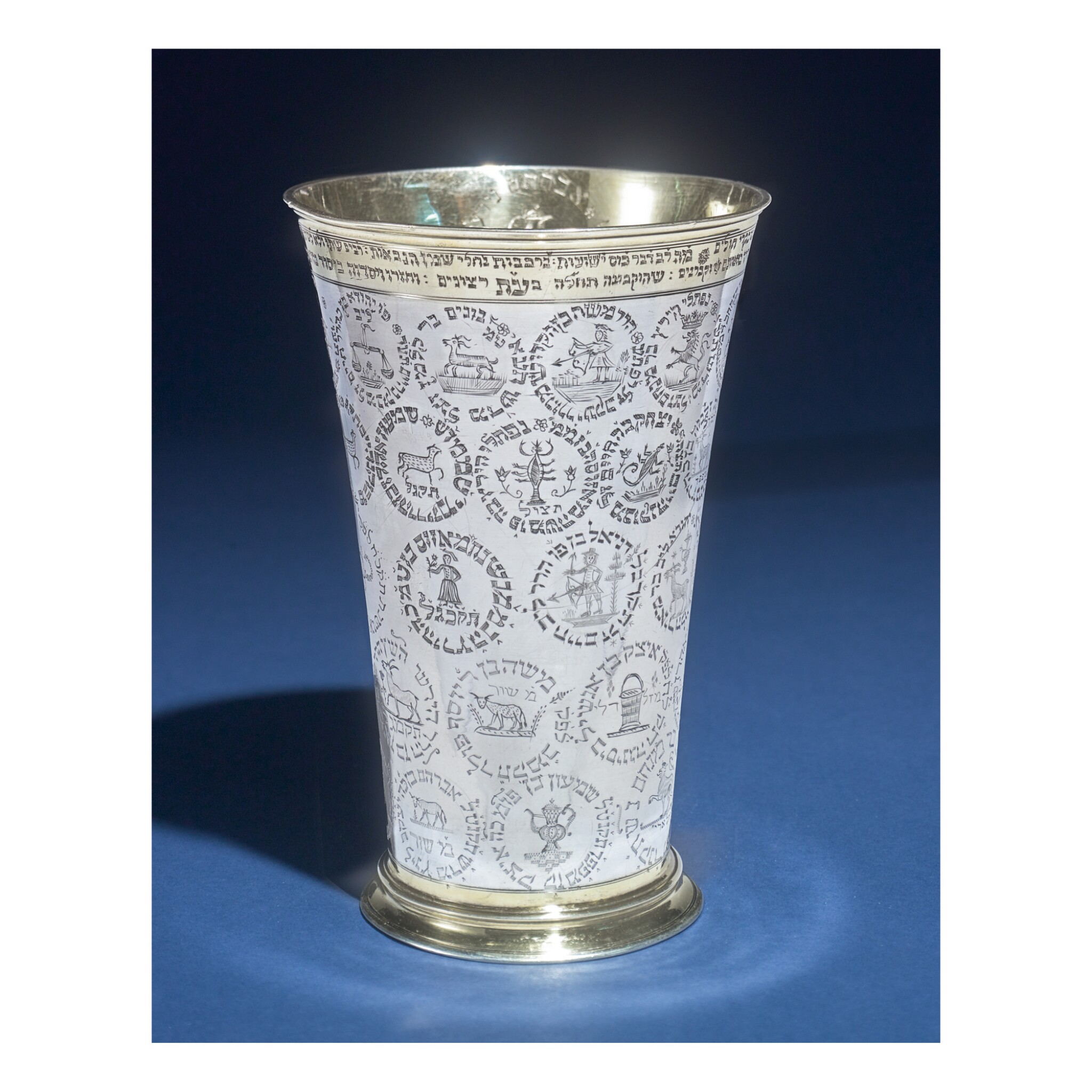 of trumpet form with molded rim and foot, engraved with the members’ names arranged in a circle around their Zodiac sign or emblem, in five rows, with two further names inside, all dating from 1710 to 1814

Joseph Marx, who emigrated after Kristalnacht, to his son the current owner

The base engraved Darmstadt in Hebrew. The rim engraved, translated, "These are the names of the members in the order in which they joined” and "established in 1710 and re-established in 1733".

The Jewish community in Darmstadt, in Hesse, was granted permission to assemble for prayers in 1695. A cemetery was established in 1709 and a synagogue erected in 1737. The community numbered 200 in 1771 (Encyclopedia Judaica). According to the Marx family, there were originally four of these cups and three were purchased by the dealer Pappenheim for the Frankfurt Museum before the Second World War.

Several cups decorated with engraved roundels are known, all from Frankfurt, just 17 miles north of Darmstadt. A pair of kiddush beakers by Johan Adam Boller, Frankfurt, 1715, were originally presented to the Public Hospital of the Judengasse in 1717, by Hirsch Oppenheim; they are engraved with roundels with Hebrew inscriptions and the badges of the charity treasurers of the Jewish community from 1690 to 1769 and are now in the Jewish Museum, London (C 1978 7.31.1 & 1a).  A similar beaker from the Frankfurt Chevra Kadisha was recorded in a 1925 pamphlet. A slightly later example by Georg Wilhelm Schedel, Frankfurt, with a 1747 inscription, was given to the Jewish Museum, New York, by Dr. Harry G. Friedman.