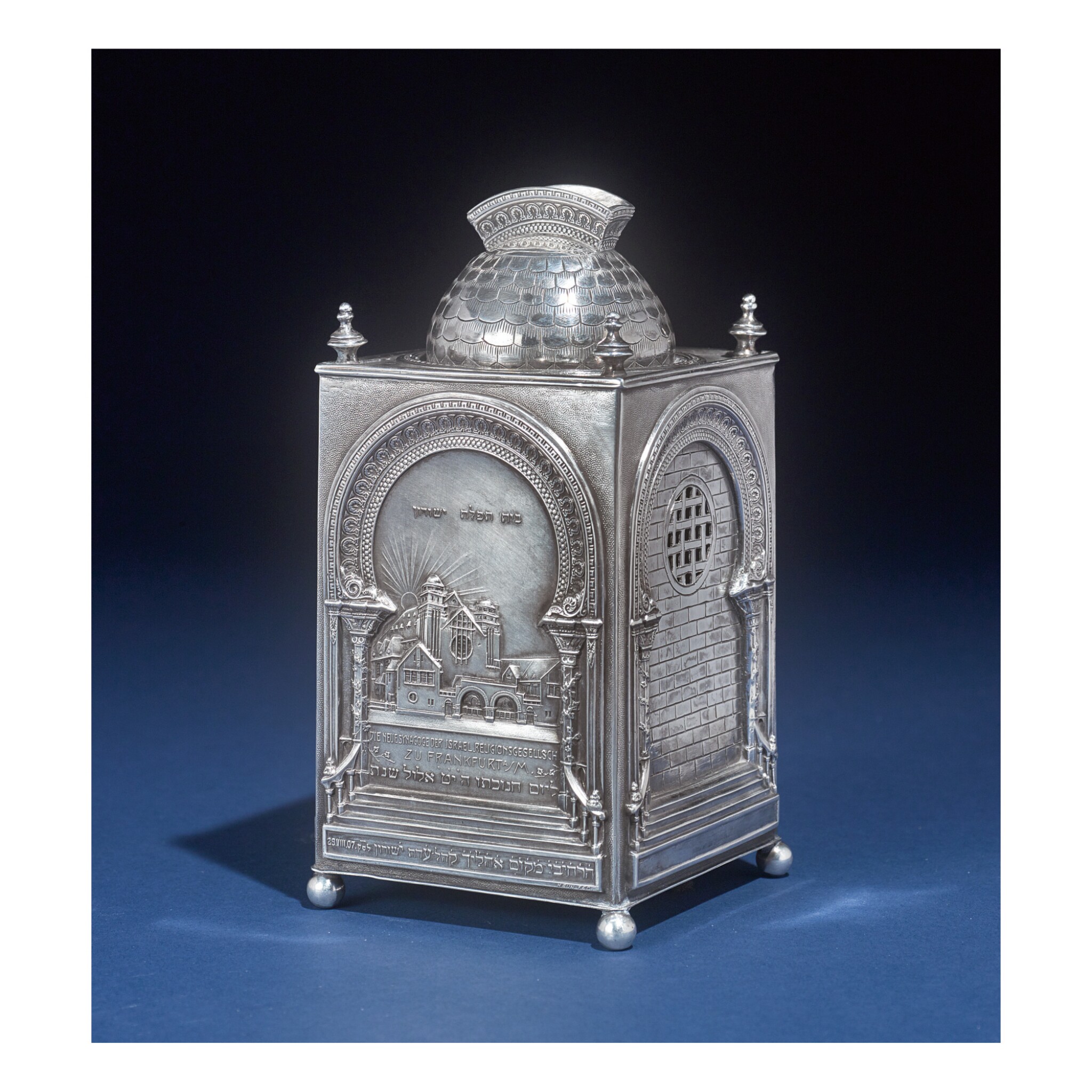 quadrangular architectural form on ball feet, one side with a relief view of the Friedberger Anlage Synagogue, ogee arcades wrapped with ivy and stairs on each side mirroring entry archways on building, chased brick pattern and pierced lattice circular windows, urn finials at corners, dome chased with scalloped tiles topped with raised coin slot decorated to match arches, Hebrew and German inscriptions

marked on base B.M. and signed Heun Fec. for Reinhold Heun

Made to raise funds and commemorate the building of the Freidberger Anlage Synagogue in 1907 (destroyed in 1938).

The scene of the synagogue is a reduced version of Reinhold Heun’s large plaque struck to mark the  completion of the new additions to the synagogue by the firm of Jurgensen and Bachman of Charlottenburg. The building was formally dedicated 29 August 1907. This plaque was described in the American Journal of Numismatics, vol. 42-43, p.76, 1908. The author notes “its artistic treatment, unusually high relief and its excellent workmanship.” Impressions were struck in silver and bronze and put on sale at Leo Hamburger, Scheffelstrasse 24, Frankfurt.

Two plaquettes of the scene, of the same size as the that on the charity box are in the collection of the Jewish Museum, New York. Similar plaquettes signed K.Goetz were also produced.

We are grateful to Claudia Nahson, Senior Curator, Jewish Museum, New York, for help in cataloguing this lot.