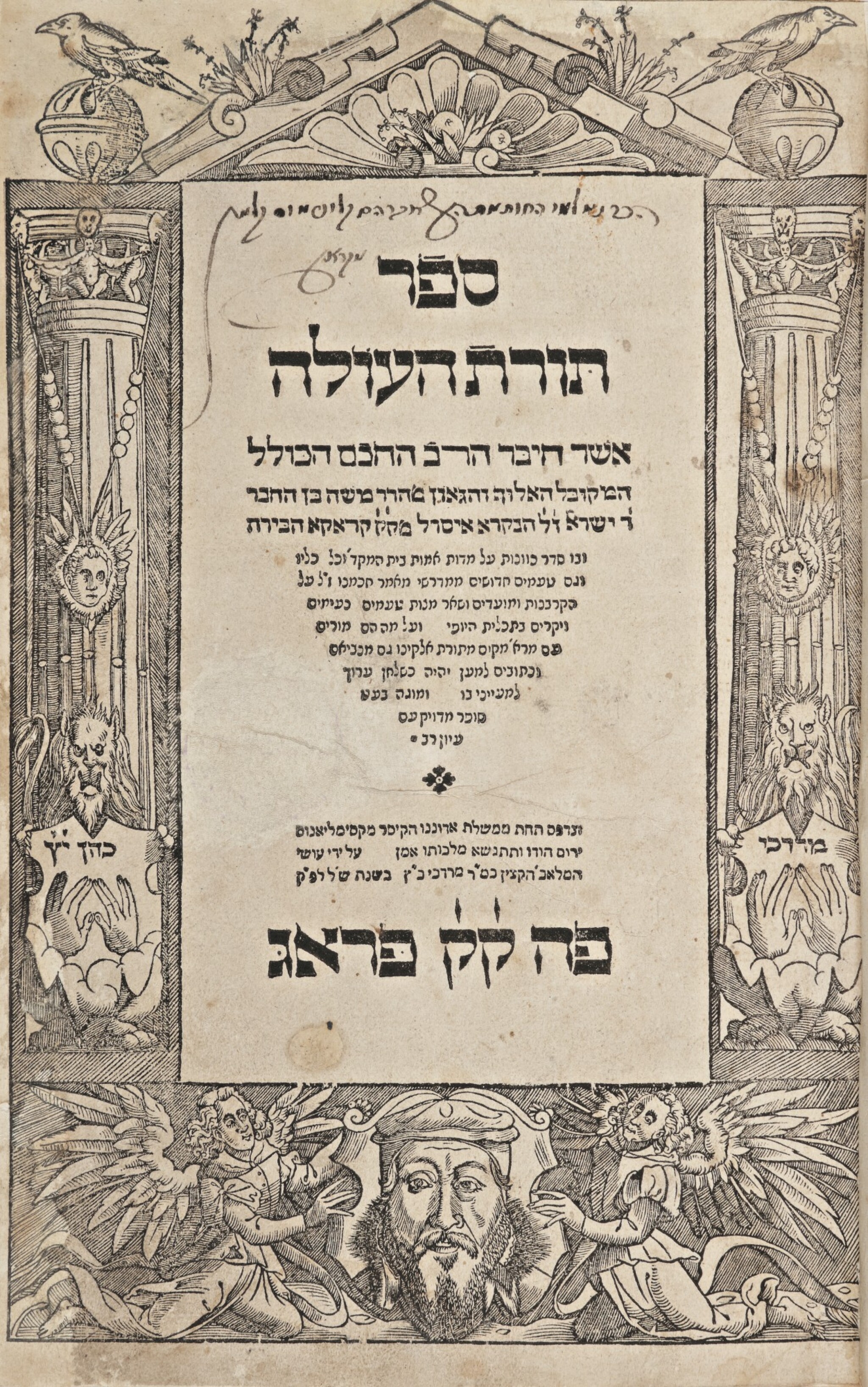 The first edition of a significant philosophical work by a great halakhist.

Rabbi Moses Isserles (1525/1530-1572) is best known for his glosses on the Shulhan arukh of Rabbi Joseph Caro (1488-1575). In the present theological and scientific tract, however, he displays his mastery of rationalist philosophy in discussing the symbolism, meaning, and purpose of the Holy Temple, its measurements, and the sacrifices offered there. Isserles attempts to justify the study of philosophy and show its consistency with Kabbalah, the differences between these fields being (in his view) merely a matter of terminology. Considerable attention is given here to astronomy, which, together with cosmological processes, is correlated to the measurements of the Temple. Isserles follows Maimonides in believing that Aristotle is correct concerning the sublunar world but in error as regards Creation. His discussions of philosophy and science drew attacks from his relative Rabbi Solomon Luria (ca. 1510-1574), to whom he later replied in several printed responsa.

The present copy of Sefer torat ha-olah is bound together with the Frankfurt, 1687 edition of Sefer orhot tsaddikim (The Paths of the Just), an anonymously-authored, highly influential work of Jewish ethics probably written in Germany in the fifteenth century and published numerous times in various forms and languages since it first appeared in print (first Yiddish edition: Isny, 1542; first Hebrew edition: Prague, 1581).