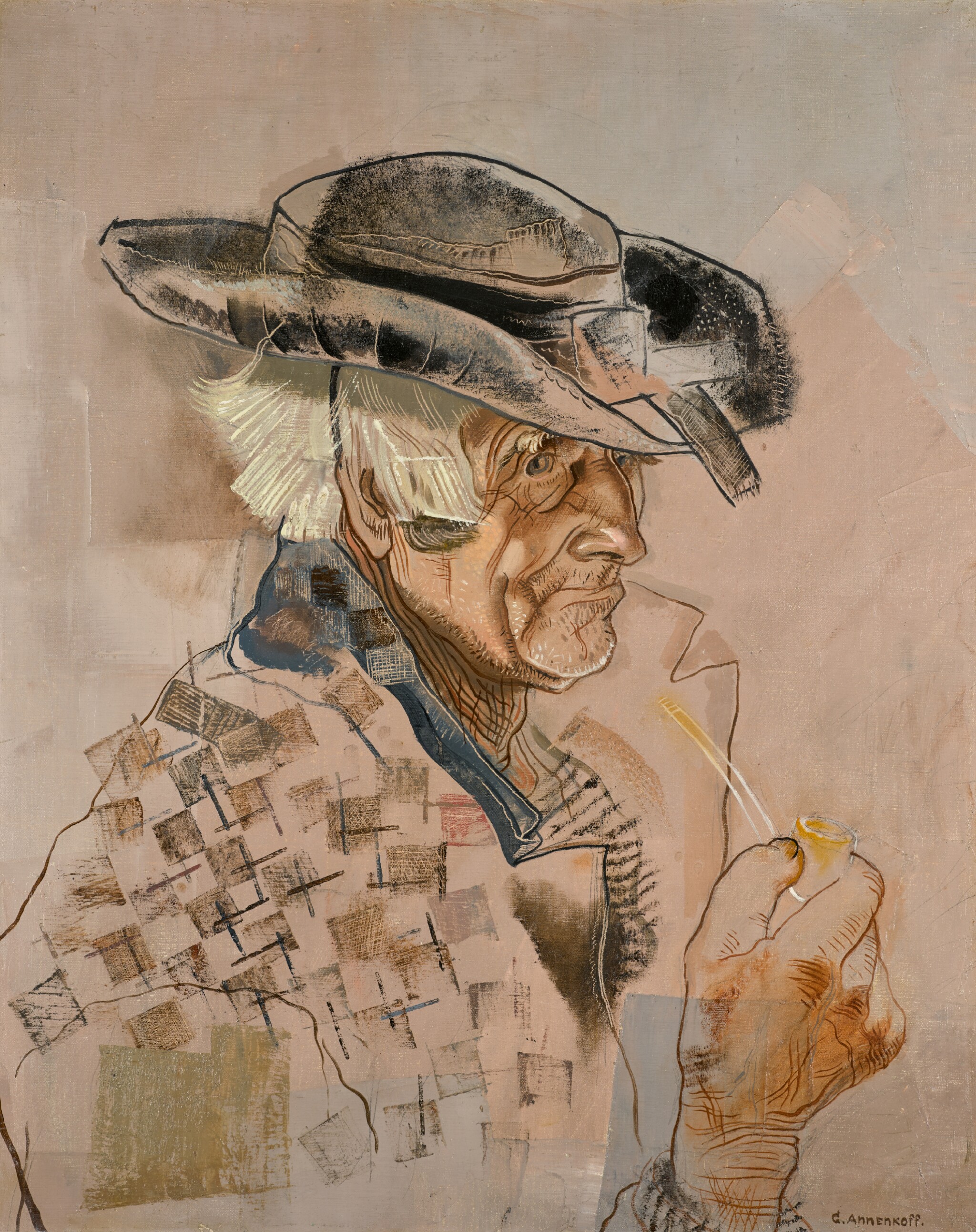 Original canvas, which is slightly slack on its stretcher. There is a tiny buckle to the background to the right of the hat. Another small buckle is visible in the patterned area of the coat. There is paint shrinkage to the black pigment of the hat. The pencil under-drawing is visible in places, which is inherent to the artist's technique. There are minor abrasions along the edges. The surface is covered in a light layer of dirt with spots of dirt in places. Inspection under UV light reveals no obvious signs of retouching. Held in a black wooden frame. Unexamined out of frame.

Painted shortly after Annenkov’s emigration from the Soviet Union, Breton Man with Pipe was inspired by a trip to the coast at Roscoff and is an early example of the artist’s French period. At this time his focus had turned from theatre design to book illustration and the effect on his oil painting is striking. His consummate skill as a portraitist is still very much in evidence, but the bright colours of his Russian portraits just a few years earlier have been replaced by a very restricted palette and it is the incredible graphic quality that stands out.

Here the artist is clearly playing with the medium, challenging himself by working within the narrowest of parameters. Although working in oil, he restricts his palette to a few natural, earthy tones and the focus is on line rather than brushstroke. Annenkov creates variety by introducing different textures, scratching, smudging and stippling the paint into the canvas. A sense of volume is created by layering multi-faceted planes, the checked pattern of the sitter’s jacket is loosely suggested through lines and squares that appear to have been stencilled on to the paint surface. The painting's original owner André Paz and his brother Maurice, both lawyers and prominent French communists, were close friends of the artist and the subjects of portraits by him.

We are grateful to the expert Vladimir Hofmann, the artist's former student and author of his catalogue raisonné, for providing additional cataloguing information.