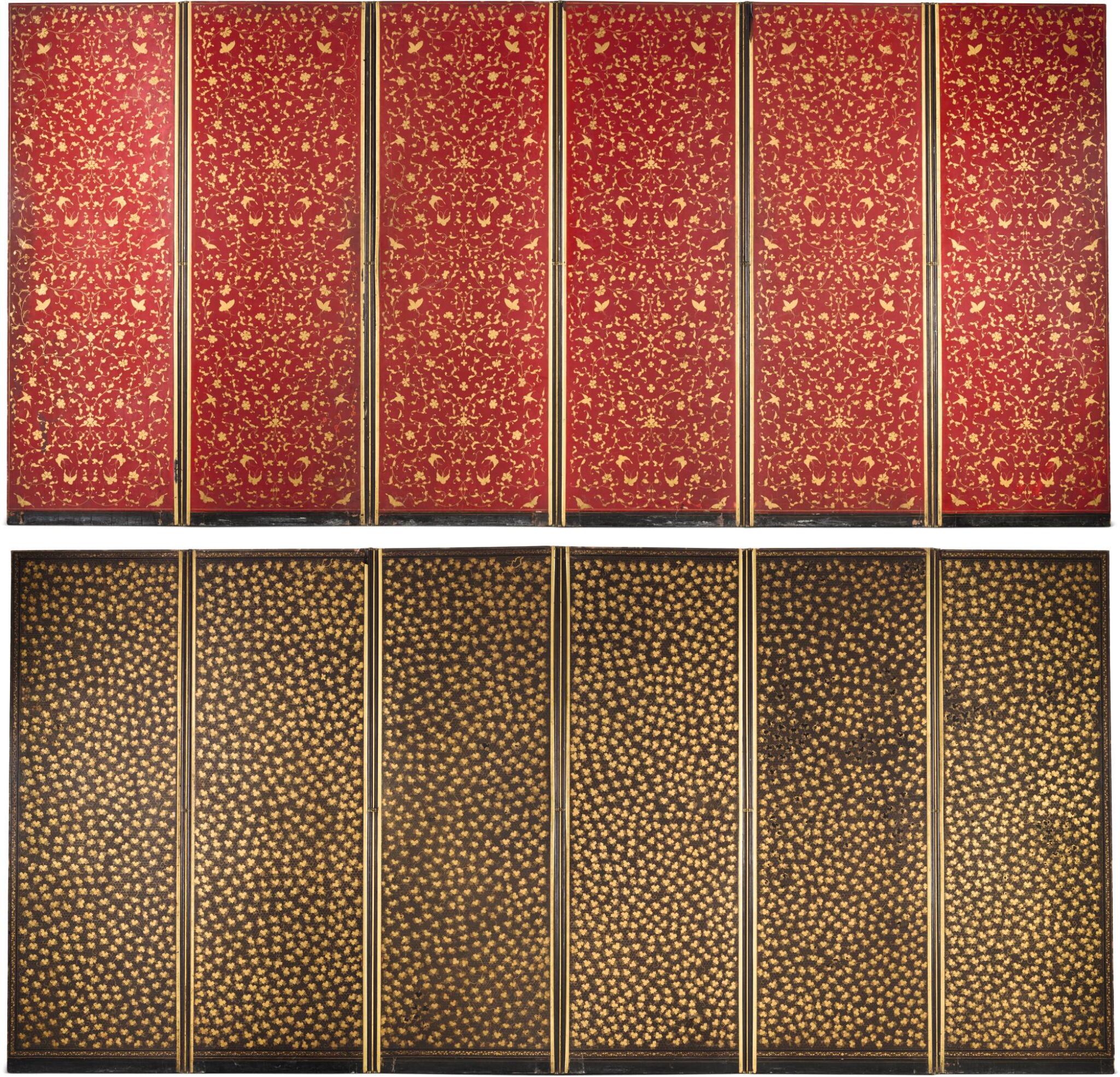 the rule joint panels decorated one side with birds, butterflies and foliage in gilt on a red ground, the reverse with leaves and fruit sprays in gilt on a black ground, one screen now in two parts

A striking and stylish pair of screens in 'country house' condition and which would benefit from further conservation. Generally with old marks, dents, scuffs, scratches and losses to lacquer decoration. Some movement along lines of construction which has resulted in small splits to surface. Generally surface is dray with ingrained dirt and would benefit from gentle cleaning by a conservator. One screen now in two parts and lacking rule joint which will require further attention, especially if it is to be used as a six fold screen. Gallery inspection recommended. Great scale.

Inventory, 26th September 1807, '2 Indian screens with six leaves each' in the Dining Room;

Inventory, 10th February 1812, 'Two Indian Skreens 6 leaves in each' in the Dining Room;

These exquisite 'Indian' screens were likely supplied with the other Chinese Export wares in the late 18th/early 19th century, shortly after Robert Clements was elevated to Earl in 1795 (see lots 32-41).

First listed in the Dining Room in 1807, the bright red ground of the screens, together with the 'scarlet Morocco' leather upholstered seat furniture (see lots 44-45) and 'Turkey' carpet, would have complemented the original decorative scheme which analysis of paint scrapes has revealed to be a rich plum-porphyry colour (Cornforth, op. cit., p. 55).