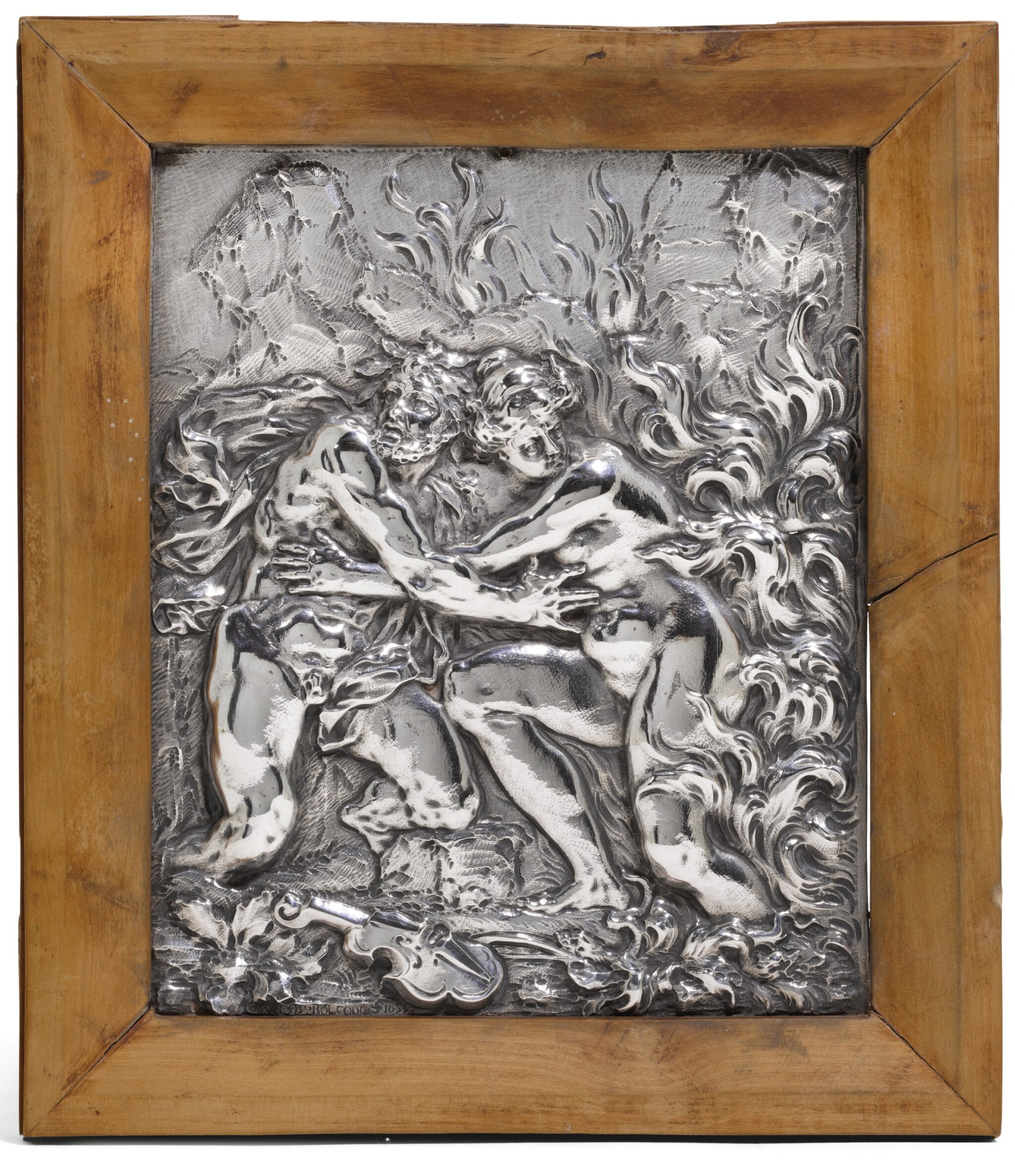 CAREL BOLCOOL, GENOA OR ROME, CIRCA 1677

embossed and chased with Orpheus and Euridice in Hades, surrounded by flames, his viola lies on the ground, signed and dated Carlos Bolcool f. 1677, in a later wooden frame

Clearly signed and dated. The chasing is crisp. The wooden frame is later. Good condition.

The Flemish silversmith and chaser Carel Bolcool is recorded from a dish embossed and chased with Europa and Bull in the Nationalmuseum Stockholm. This is signed and dated Genova 1674, Carol Bolcool Flammingo Fecit, 1674 (see; Hernmarck, op. cit., vol.I, p.244 and vol.II, fig. 660). The centre of one of largest Italian baroque dishes known, made for the Marquesses of Tavora around 1670 by the Rome goldsmith Francesco Travani, is embossed with the same Europa scene leading to speculation that Bolcool worked for Travani as a specialist chaser. This idea is given support by a plaquette formerly in the J.M Morpurgo collection, Amsterdam, also signed and dated Carlos Bolcool, 1677, where two of the female figures who accompany Venus in her triumph depicted there, are repeated in the Europa scenes of the Stockholm and Travani dishes.