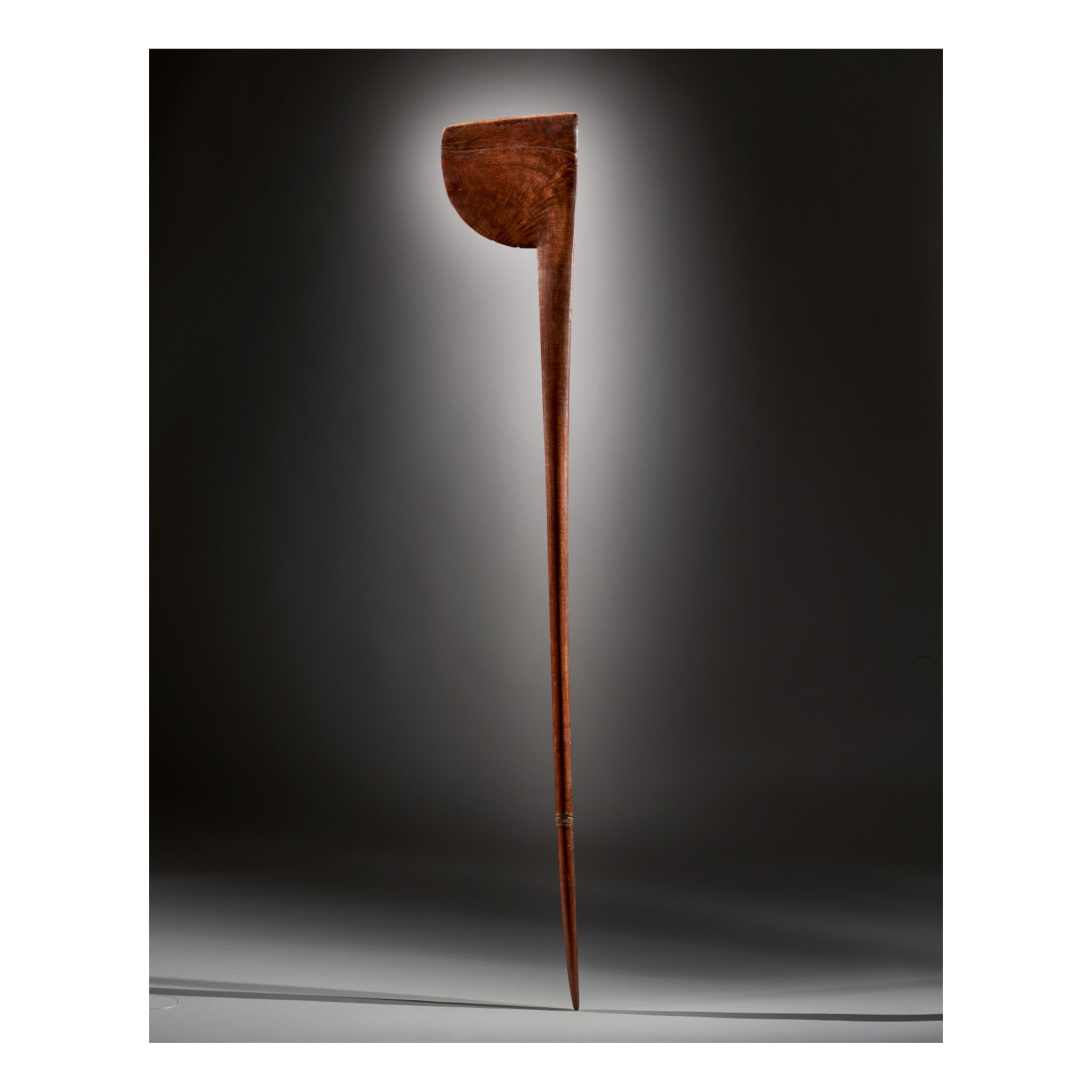 This tewhatewha is notable for the elegance of its form, with a graceful shaft that widens into a broad, axe blade-like head. This example is decorated with a very finely carved head, which enlivens the long sweeping line of the shaft.

The tewhatewha was used both for fighting and signalling during battle. Despite the blade-like form of the head, the blow of the tewhatewha was struck with the flat back edge of the club, the form of the head presumably adding weight and momentum behind this striking edge. There is a small hole close to the lower edge of the axe-like blade, which corresponds with Te Rangi Hiroa's observation that "a bunch of split pigeon or hawk feathers was hung from a perforation near the lower edge [...] it is said that in combat the quivering of the blade and the feathers had a useful purpose in confusing the enemy." (Te Rangi Hiroa, The Coming of the Maori, Wellington, 1949, p. 277).