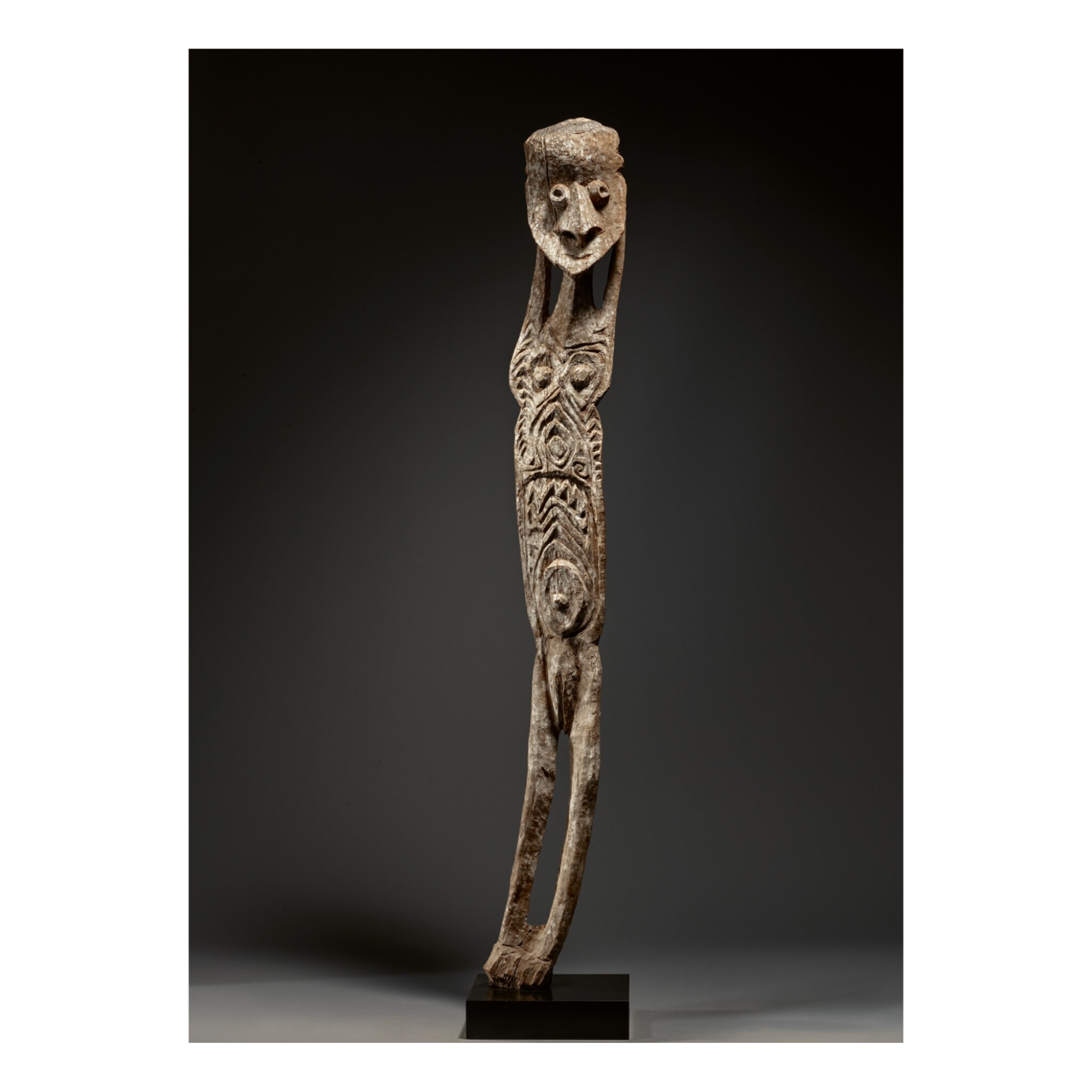 Inyai-Ewa carvings from the rainforest of the Upper Karawari River region in northern Papua New Guinea took the Western art world by surprise following their discovery in remote caves along the banks of the Karawari River in the 1960s. Kept protected from moisture in rock shelters, these carvings were spared from rot and are of considerable antiquity, dating as far back as the sixteenth century. Some of them bear white stains, remains from the limestone present in these caves.

Male and female figures are both known as aripa. Male aripa figures were kept in men’s ceremonial houses and were believed to assist with hunting animals such as wild pigs and cassowaries (Kaufmann, Korewori: Magic Art from the Rain Forest, Basel, 2003, p. 56). While there are few examples of female figures that still exist today, they were of primal importance to the Inyai-Ewa people. Visible to all members of the community, these figures are sometimes identified as the founders of certain clans or as the two primordial sisters who helped shape the world. Both male and female figures, although dissimilar in design in many ways, portray distinct rib and vertebral patterns, representations of intestines and bones, and elaborate coiffures and ornamentation.