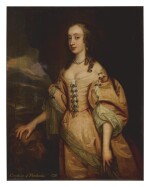 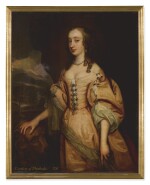 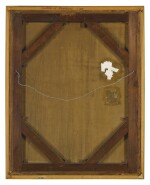 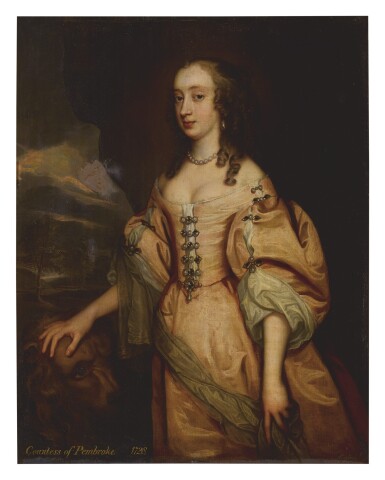 The canvas is lined. Image reads well under a dirty varnish. There are some minor scattered discolored spots to the surface of the canvas, like in the skin of the sitter. There are two areas of repair visible to the naked eye: the first is in the sky and curtain at left of the sitter's shoulder and the second is in the trees and sky at left of the sitter's elbow. These repairs have been strengthened on the reverse. Inspection under UV is difficult to read due to an old varnish, though there are some scattered spots of retouching to the background and along the edges that fluoresce. Painting could benefit from some attention. It is offered framed.

Thence by descent to the present owner in 1995.

Henriette Mauricette de Penancoët de Kéroualle was the sister of Louise Renée de Penancoët de Kéroualle (1649-1734), the mistress of King Charles II of England. In 1674, Henriette married the murderous Philip Herbert, 7th Earl of Pembroke (1653-1683) with whom she had a daughter named Lady Charlotte of Herbert. Philip Herbert became known as the Infamous Earl of Pembroke because of his homicidal tendencies. He committed at least two murders and was the prime suspect in the assassination of Sir Edmund Godfrey, which prompted the Popish Plot. Despite these accusations, the Earl avoided punishment until his death. Curiously enough, their daughter Charlotte's first husband, John Jeffreys, 2nd Baron Jeffreys, was himself the son of a notorious historical figure, George Jeffreys, 1st Baron Jeffreys, also known as the Hanging Judge.