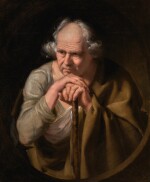 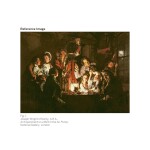 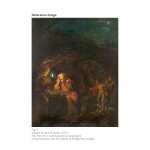 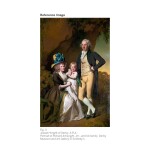 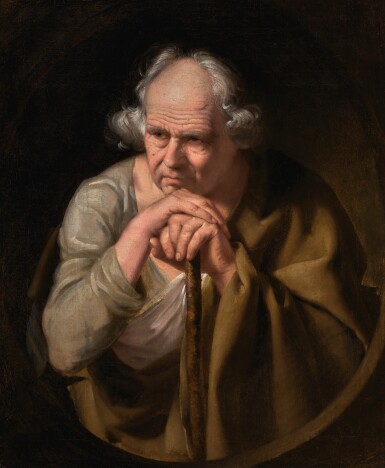 Study of a Philosopher

Study of a Philosopher

Oil on canvas, in a period Maratta frame in good condition.

The original canvas is lined, the lining is in good condition and the paint is stable and secure.

The canvas bears stretcher marks that are slightly raised.

The paint layer is in good preserved condition.

Under u-v light reduction of fine pale shrinkage cracks can be seen; these are confined mostly to the background.

Very minor infilling to the face can be seen to reduce craquelure and to disguise minor loss, otherwise the figure is in a very well preserved state.

The paint texture is in a good preserved condition and fine details to the features are intact.

Under drawing is visible and there has been recent reduction of pentiment through the right hand.

A tonal improvement would be gained with the removal of the discoloured varnish.

Private collection, UK, until acquired by the present owner.

To be included with a reproduction in the forthcoming book by Dr Matthew Craske, Joseph Wright of Derby: Painter of Darkness, due for publication by Yale University Press in 2020.

This recently rediscovered study of an old man in the character of a philosopher is an exciting and important addition to the known œuvre of Joseph Wright of Derby. Painted with an acute sensitivity and delicacy of modelling, particularly in the fine curls of the hair and the rough texture of the man's hands and careworn features, it has been dated by Dr Matthew Craske to the artist’s years in Liverpool, in the late 1760s. This is Wright’s most celebrated period, before he travelled to Italy, when he produced his most original and ground-breaking work. Those paintings, which both established his contemporary celebrity and for which he is best known today, include: An Experiment on a Bird in the Air Pump (National Gallery, London; fig. 1); The Orrery (Derby Museum and Art Gallery); The Old Man and Death (Wadsworth Athenaeum, Hartford Connecticut) and An Academy by Lamplight (two versions: private collection; and Yale Centre for British Art, New Haven), all of which have become icons of British art the world over.

It has been suggested that this work is likely a study for one of these iconic early masterpieces, a painting known as The Hermit, or A Philosopher by Lamplight (Derby Museum and Art Gallery; fig. 2), which the artist exhibited at the Royal Academy in 1769. The first of Wright’s subject paintings set outdoors, and his earliest nocturnal landscape, The Hermit presented a more elusive and timeless subject than had hitherto been seen in his work. Evoking the tradition of depictions of ermitic saints found in continental Old Masters, at the same time it reflected the late eighteenth-century vogue for the romantic notion of the hermit. A closely-related figure of a grey-haired old man, leaning heavily on a stick, can also be seen in the lower right foreground of An Experiment on a Bird in the Air Pump (fig. 1), one of the most celebrated of all Wright’s paintings, which was first exhibited in 1768. A similar figure also occurs in the first version of the artist’s A Blacksmith Shop (Yale Centre for British Art, New Haven), exhibited at the Society of Artists in 1771.

Wright's practise of employing old men as models in the 1760s and early ’70s is well documented and the artist’s account book, now preserved in the archives of the National Portrait Gallery in London, includes the details and addresses of several local Derbyshire characters that sat for him on a regular basis. One such figure was a man called John Fletcher from Ormaston, a small village near Ashbourne in the Derbyshire Dales, described as an ‘old, bald headed’ man. Perhaps his favourite model, however, was a character known as Old John Staveley, who served as the model for the central figures in The Alchemist in search of the Philosopher’s Stone (Derby Museum and Art Gallery) and The Captive, from Sterne (Vancouver Art Gallery, British Columbia, among other versions). A number of oil head studies of Staveley survive, with his distinctive long white beard and aquiline features, and a preparatory drawing for The Old Man Grieving over his Ass (Pierpont Morgan Library, New York; the finished picture is now lost), bears an inscription in the artist’s hand naming Staveley as the model. Anecdotal evidence suggests that, when in Rome, Wright spent time sketching the beggars in the Colosseum, perhaps in preparation for a planned painting of Belisarius begging for Alms: the apocryphal story of the great Byzantine general blinded by Emperor Justinian and reduced to begging in the street, famously treated by Wright’s French contemporary, Jacques-Louis David (Palais des Beaux-Arts, Lille).

The making of character studies as the basis for narrative subject paintings in this way can be traced back to Rembrandt and demonstrates the increasing influence of seventeenth-century Dutch and Flemish masters on Wright’s work in this period. His choice of motif too, with an old man leaning on a staff, shows an awareness of the work of artists such as Abraham Bloemaert. Bloemaert’s reputation as one of the leading figures among the Utrecht Caravaggisti, with their focus on strong effects of light, would have made his work of particular interest to Wright. At least two instances have been identified of Wright copying figures from Bloemaert’s Tekenboek, a popular pattern book consisting of useful figure studies that was well-known among artists in England.

This painting was one of a number bought at the artist’s posthumous studio sale through the dealer Borrow by Richard Arkwright, Jnr. (1755–1843), the son of Sir Richard Arkwright (1732–1792), the inventor of the cotton spinning water-frame and architect of the modern factory system, widely credited as the ‘father of the Industrial Revolution’. The younger Arkwright was one of Wright’s most important patrons, commissioning the artist for a large number of works, including portraits of himself and his wife with their youngest daughter Anne (Derby Museum and Art Gallery; fig. 3); a pair of sensational conversation pieces depicting their six other children (Private collection, on loan to Tate Britain); a view of the family’s principal seat, Willersley Castle in Derbyshire (Derby Museum and Art Gallery); and several views of the family’s Cotton Mills at Cromford. He also bought a number of other works by Wright, including one of the most famous of the artist’s late landscapes, View of Ullswater Lake, which he also acquired at Wright’s studio sale in 1801 (untraced); A Grotto in the Gulf of Salerno, with the figure of Julia banished from Rome (Private collection), one of Wright’s famous Italian coastal scenes; and two of his Northern Tenebrist inspired exercises in exploring strong effects of chiaroscuro – a Boy blowing up a bladder and a Girl looking though a bladder (both in private collections).

Brought up in the family business that his father had established, Richard Arkwright Jnr. was himself an astute businessman and added significantly to the family’s commercial enterprises. Diversifying the business, he invested heavily in land and purchased several great houses in Derbyshire, Essex, Herefordshire, Leicestershire, Staffordshire and Yorkshire, income from the estates of which further augmented the family’s fortunes. In 1801 he was elected High Sheriff of Derbyshire and in 1804 he became a partner in the bank that John Toplis had founded in Wirksworth to facilitate the financing of important industrial infrastructure projects. In 1829 the firm of Arkwright, Toplis & Co. became Richard Arkwright & Co., before eventually merging into Lloyds Bank. By the time of his death in 1843 Arkrwight was, like his father before him, the wealthiest commoner in Britain, with an estimated fortune of £3 million.

Mark Hall in Essex, where this painting hung, was one such estate in which Arkwright invested. The house and associated property was inherited by his sixth son, the Rev. Joseph Arkwright (1791–1864), who was appointed rector of nearby Latton and himself invested in further land, becoming one of the largest farmers in Essex by the 1860s. Mark Hall remained in the Arkwright family until 1947, when the whole estate was compulsorily purchased by the Harlow Development Corporation for the development of a new satellite town. The contents, however, had been sold off in 1943, the house itself having been let on a long lease to the Gilbey family since the 1890s.

We are grateful to Dr Matthew Craske for his assistance in the cataloguing of this lot. This painting will be discussed in his forthcoming book Joseph Wright of Derby: Painter of Darkness, due for publication by Yale University Press in 2020.