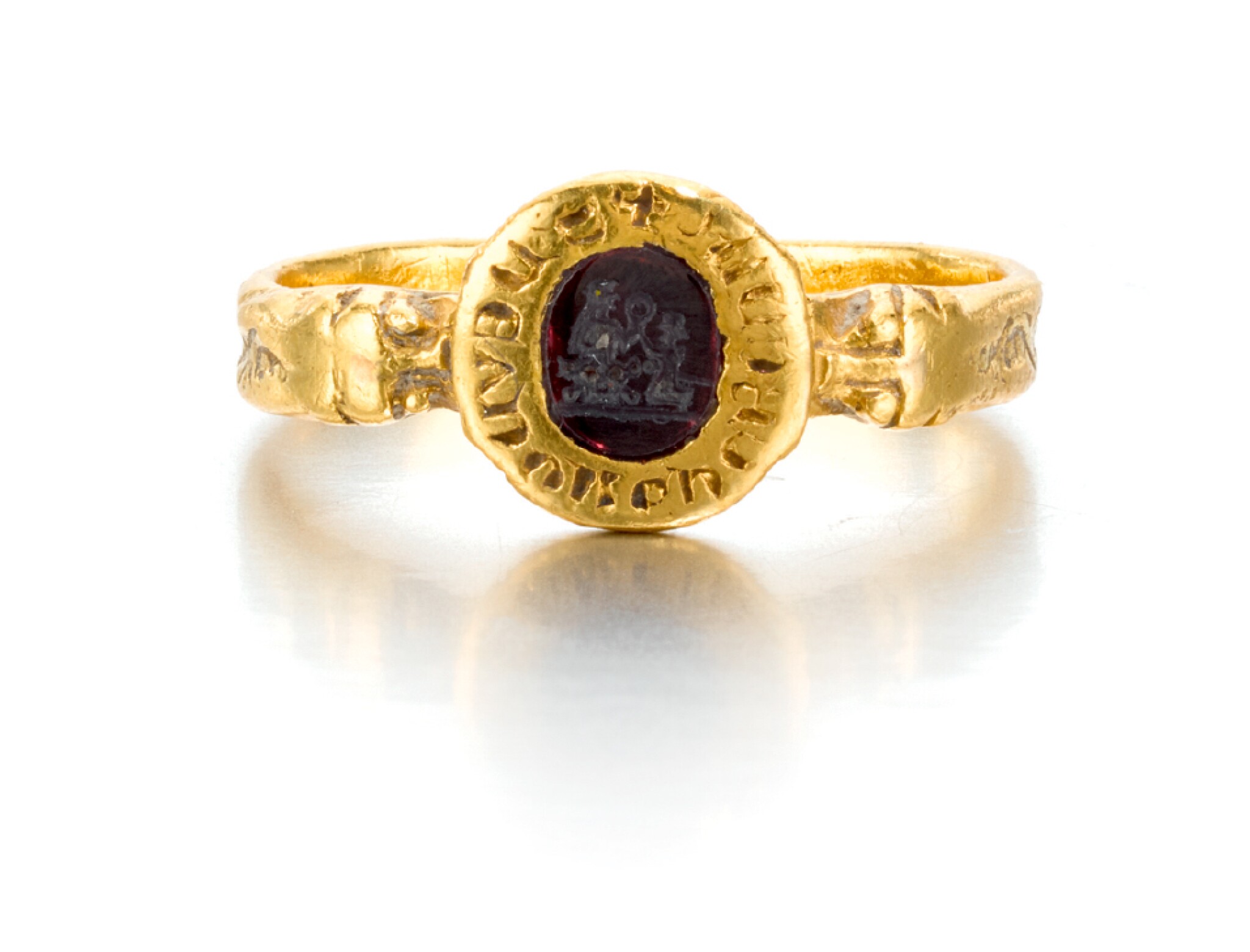 gold, set with a garnet intaglio

Overall the condition of the ring is good with minor dirt and wear to the surface consistent with age. There are various very minor abrasions and scratches to the gold. There are a few very slight gaps between the setting and stone.

The present signet ring comes from one of the greatest collections of rings assembled around the turn of the last century by Monsieur G. Guilhou of Paris. It is published in the 1912 catalogue (illustrated) but appears not to have been sold in the 1937 Sotheby's sale of the Guilhou collection. Intaglios and cameos, ancient or contemporary, were often incorporated into rings in the medieval period, and, according to Martin Henig, were intended to serve as a sigillum secreti (seals of secret significance used for personal correspondence). According to Henig, such gems were prized, as is evidenced by a Statute of Edward I dated to 1300 ordering that 'gravers or cutters of stones, and of seals shall give to each their weight of silver and gold, as near as they can, upon their fidelity'. Compare with ring in the British Museum illustrated by Dalton (op. cit.) and that exhibited as part of a private collection by Les Enluminures in 2014 (op. cit.). Note also the signet ring in the Victoria and Albert Museum London (inv. no. M.290-1962).