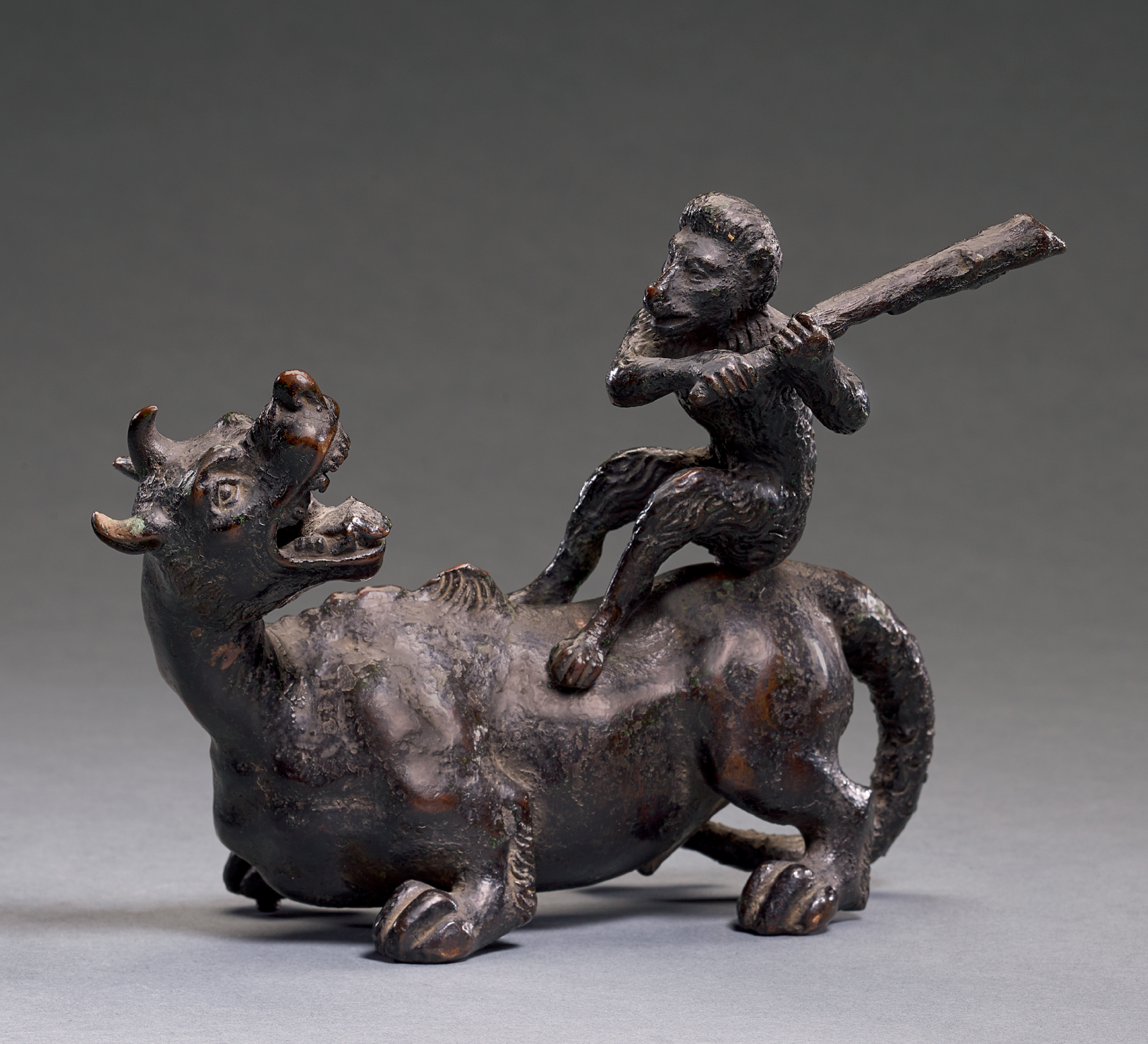 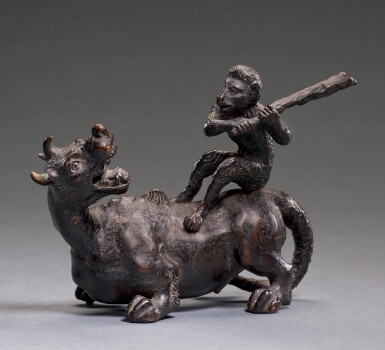 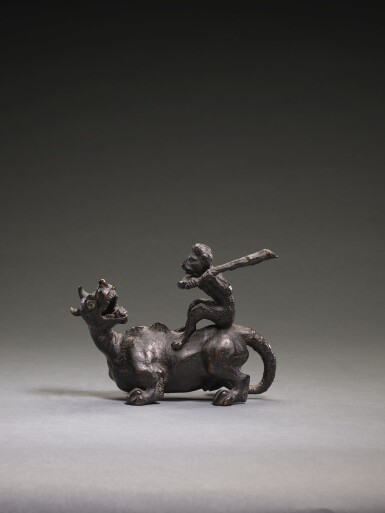 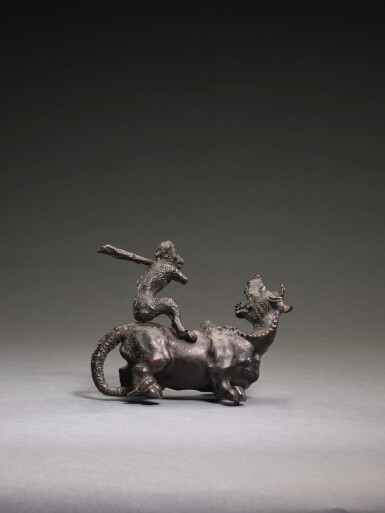 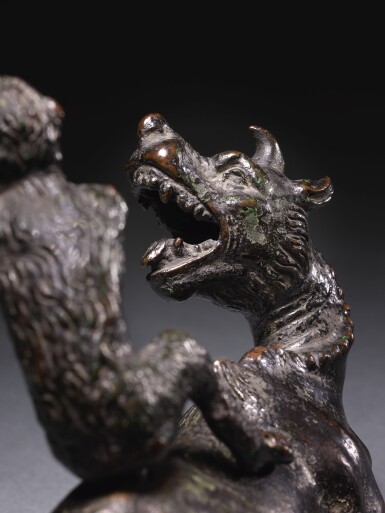 FANTASTICAL DRAGON SURMOUNTED BY A MONKEY

bronze, with a scagliola base

The base is loose. There is wear, including chips around the edges, particularly the top edge.

Please note the following amendments to the printed catalogue: Please note that the bronze is sold with an associated scagliola base.

This rare and intriguing bronze appears to be a unique survival. Another version of only the fantastical monster, lacking the separately-cast monkey, is housed in the Museo Nazionale in Ravenna (inv. no. 1398). The beast has been compared with the work of the Paduan bronze sculptor Severo da Ravenna, in particular his model of the dragon-headed sea monster surmounted by Neptune, of which a prime cast is in the Frick Collection, New York (inv. no. 16.2.12). Apart from this similarity, the precise appearance of the present, partially leonine, creature seems to find no parallel in early 16th-century bronzes from Padua. The same can be said of the Monkey, which represents a rare iconography in Renaissance bronzes south of the Alps. It is however reminiscent of the various bronze satyrs and other mythical creatures created by Severo's workshop and circle, of which some - like the present group - are represented in the midst of a violent struggle (see Krahn, op. cit., nos. 13 and 14).