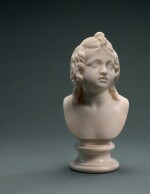 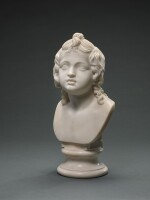 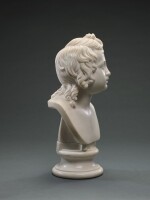 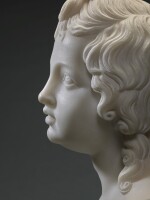 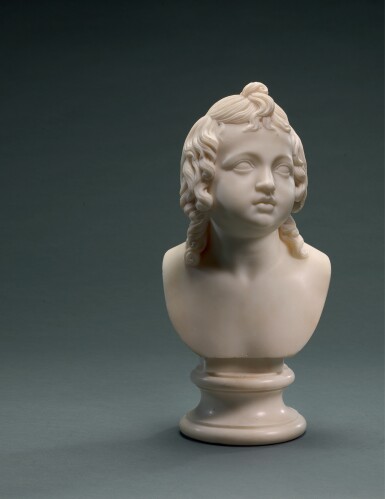 This beautifully carved marble is a bust version of Thorvaldsen's Cupid with his Bow or Amorino, of which a full figure version from the Shaw Stewart collection was sold at Sotheby's New York on 31 January 2019, lot 273. Thorvaldsen executed the plaster and prime version of the model in 1819 (both of which are in the Thorvaldsens Museum, Copenhagen, inv. nos. A36 and A819). As with most, if not all, of Thorvaldsen's marbles executed after 1820, the present bust would have been carved by skilled assistants in the studio under the master's supervision. Another bust version, but with shoulders, is illustrated in Künstlerleben in Rom - Bertel Thorvaldsen (1770 - 1844) (op. cit., pp. 628-629, no. 7.1).