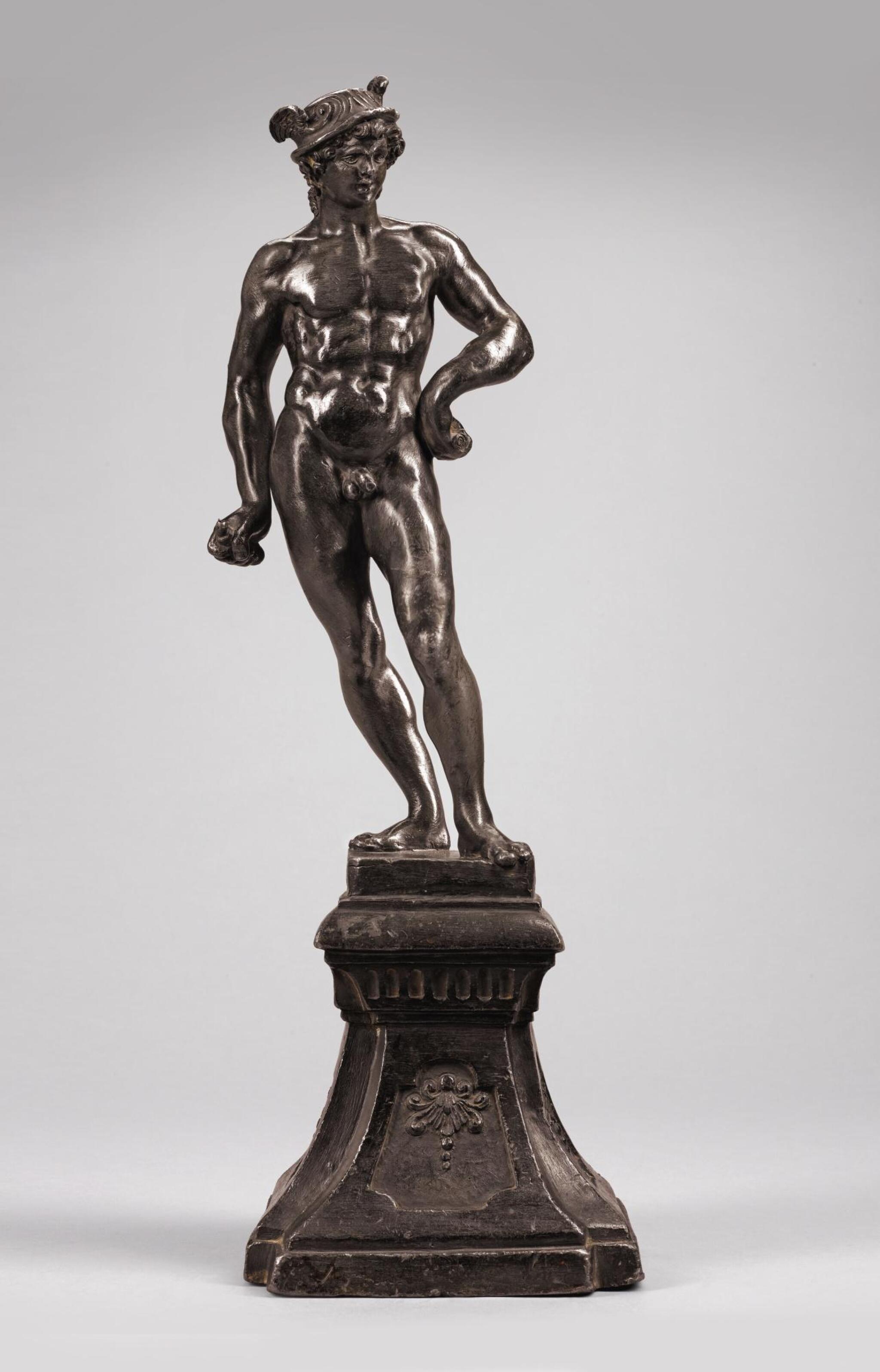 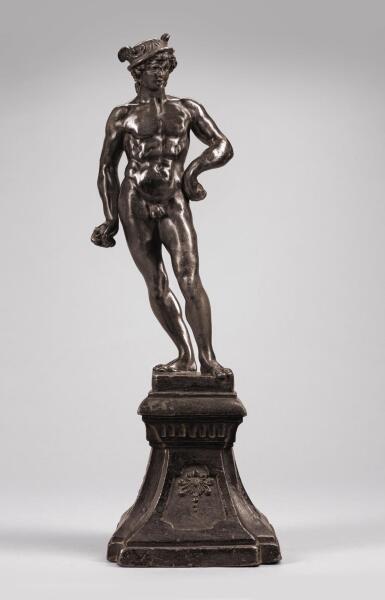 lead, on an associated lead base

Prince Eugen of Bavaria, her great-grandson;

The model for the present lot, dated 1611 and monogrammed, was acquired by the Rijksmuseum in 1959. The monogram, HDK, allowed for the Utrecht-born sculptor and architect Hendrick de Keyser to be identified as the creator of the model. The identification of the bronze formed a pivotal moment in the study of the sculptor's oeuvre, and enabled later attributions of small bronzes to de Keyser, based on the characteristics of the Mercury. Primary source material, including the inventory of Hendrick de Keyser's estate, seems to indicate that the Mercury was a well known model in the 17th century. A cast of the Mercury can be seen in Balthasar van den Bossche's painting of The Interior of a Sculptor's Studio (sold in these rooms, 23-24 May 2017, lot 186). It is known that replicas of de Keyser's bronzes were cast in a variety of materials in the Netherlands in the 17th century (Scholten, op. cit. pp. 67-69)

The present cast is one of three currently known versions after the original 1611 bronze, and the only one to have been produced in lead. It is three centimetres larger than the bronze casts, which are currently in the Musée des Arts Decoratifs in Paris (inv. no. Gr. 62) and in the Herzog Anton Ulrich-Museum, Brunswick (Berger and Krahn, op. cit. no. 133). Its exceptional provenance includes ownership by Empress Sisi, who kept it in her private retreat in Vienna, the Hermesvilla. Following its acquisition by the present owner, the statuette was exhibited on loan at the Victoria and Albert Museum, in the Gilbert Bayes Gallery of Sculpture, between 2007 and 2016. Considering the sculpture's Austrian provenance, as well as the popularity of lead as a material in Austria, an argument can be made for a possible Austrian facture of the piece.