SPANISH SCHOOL, SECOND HALF OF THE 16TH CENTURY | HEAD OF CHRIST IN PROFILE TO THE LEFT
Lot Closed
Lot 15 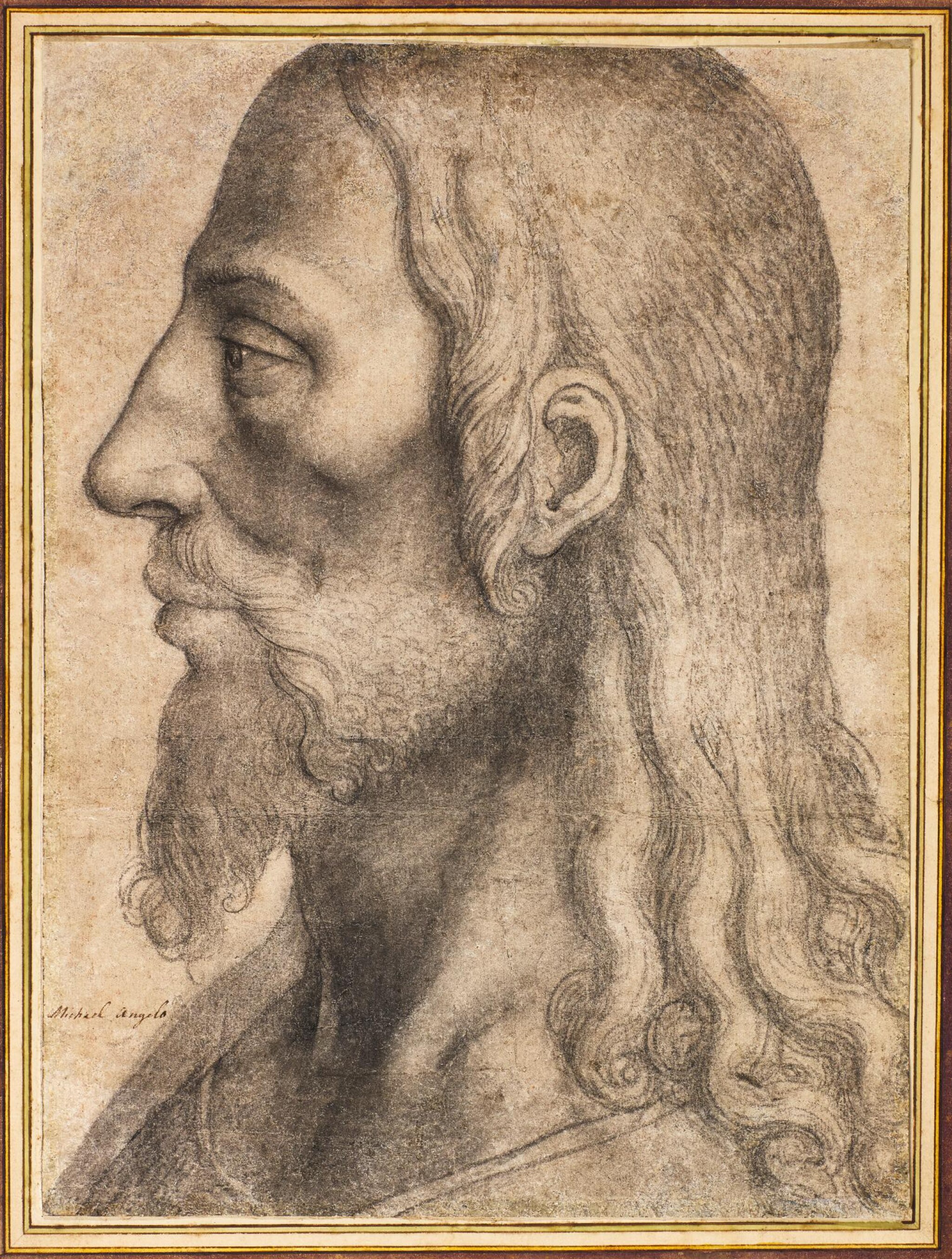 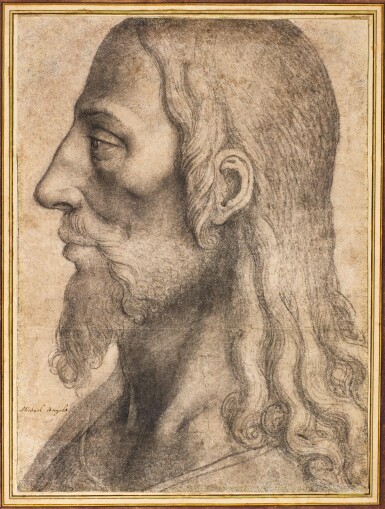 SPANISH SCHOOL, SECOND HALF OF THE 16TH CENTURY | HEAD OF CHRIST IN PROFILE TO THE LEFT

SPANISH SCHOOL, SECOND HALF OF THE 16TH CENTURY | HEAD OF CHRIST IN PROFILE TO THE LEFT

SPANISH SCHOOL, SECOND HALF OF THE 16TH CENTURY

HEAD OF CHRIST IN PROFILE TO THE LEFT

Hinge mounted along the left edge to an old decorative mount which has subsequently been hinged to a modern cream mount. The sheet has been completely laid down to an acid free backing sheet. There is evidence of some old restorations to the sheet, notably to the upper left and right corners and along the bottom edge. There are some abrasions to the sheet and some very old horizontal creases to the lower half of the sheet. There is a small abrasion to the eye and a small circular brown stain to the centre of the left edge. The chalk medium remains in relatively good condition throughout with the overall image still very strong. Sold unframed.

This intriguing and accomplished portrayal of the head of Christ, seen in profile to the left, was presented as the work of the Florentine Renaissance sculptor and painter, Baccio Bandinelli (1488-1560), when it last appeared on the market in 1975 (see Provenance). Though the drawing possesses an extremely sculptural quality, with the artist skillfully employing the use of stumping to create a soft, modular finish to Christ’s face, coupled with the decisive use of black chalk, to delineate the wispy curls of his beard and hair, the technique employed is not consistent with any other drawn work from Bandinelli’s oeuvre.

It has recently been suggested that the present sheet may in fact be the work of a Spanish artist, possibly Gaspar Becerra (c.1520-1568), Becerra was based in Italy during the first half of his career, assisting Giorgio Vasari on the Hall of One Hundred Days in the Cancellaria Palace, Rome, and also worked with Daniele da Volterra, but subsequently returned to Spain, around 1557. By 1562, Becerra had come to the attention of King Philip II of Spain, who was in the process of building his monumental Royal residence, San Lorenzo de El Escorial, and he was appointed as a Royal painter on 26 November of the same year.

The majority of Becerra’s surviving drawings show the significant influence that his time in Italy had on him, with the maniera style very clearly evident in his surviving chalk drawings after Michelangelo, a fine example of which is in the collection of the Museo del Prado, Madrid.1