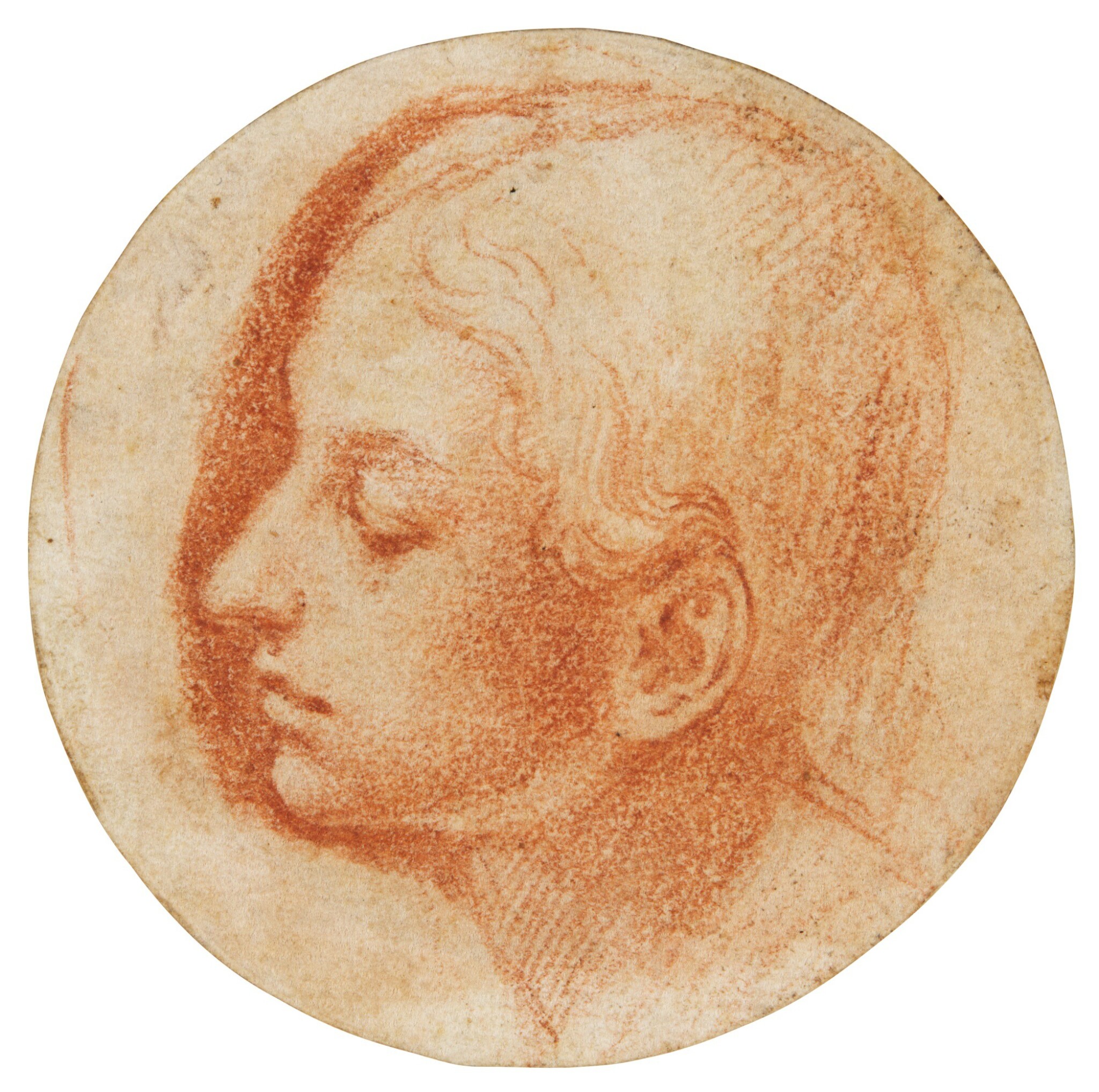 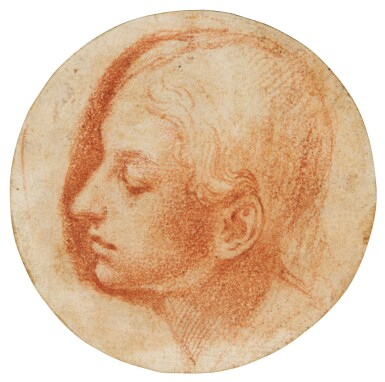 HEAD OF A YOUNG MAN IN PROFILE

Sensitively rendered in red chalk, this accomplished profile study is an exquisite example of Polidoro's draftsmanship.

The attribution to Polidoro da Caravaggio was confirmed by Prof. Pierluigi Leone de Castris in a letter to the current owner, dated 12 December 2018. De Castris, who has studied the drawing first-hand, suggests a possible dating, based on other comparable studies, to the years 1527-30. He compares it with two other red chalk drawings, A group of standing and kneeling figures, sold at Sotheby's in 1979 and now in a private collection, and a drawing of a Head of a man in profile, in the Royal Collection, Windsor.1  De Castris observes that these drawings show the artist applying the chalk in the same delicate manner as the present head study and adopting similar shading techniques. He also notes the decisive way in which Polidoro handles the contours of the eyes and lips. He does, however, remark that the application of the red chalk around the contours of the present head study's profile is rather unusual, and not seen in other surviving works by Polidoro. However, he proffers a convincing argument that these somewhat unusual lines may be as result of pentimenti.

De Castris, from studying the manner in which this portrait has been drawn, believes that this must be a study dal vero (from life). He comments that it is difficult to conclude if this study actually represents a young man or woman and suggests that it could be a preparatory study for a number of the figures, seen in profile, in Polidoro's painting, The way to Calvary commissioned for the Church of The Santissima Annunziata dei Catalani, Messina, now housed in the Capodimonte Museum in Naples.2