PROPERTY OF A NOBLEMAN 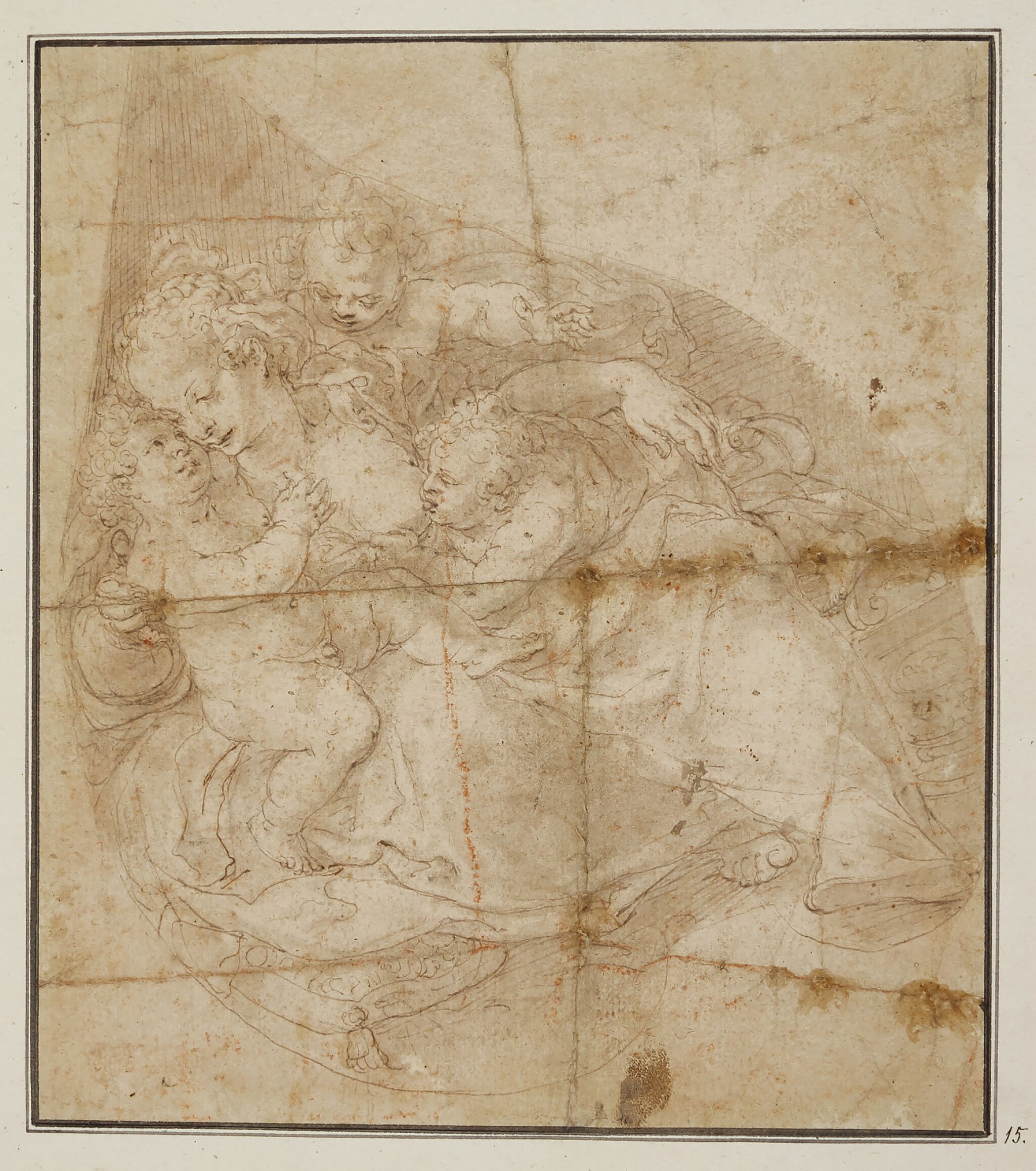 PROPERTY OF A NOBLEMAN

Pen and grey ink and brown ink and wash over traces of black chalk;

bears numbering in pen and brown ink, lower right, on the album page: 15.

Laid down on album page. The sheet has suffered somewhat. There is a repaired tear running vertically down the sheet and one horizontally. There are also a number of creases in the paper. There are red chalk marks which are perhaps from another drawing rubbing on on the surface or possibly studio stains. The sheet has discoloured and there is a brown stain at the lower margin. Media is relatively strong.

Formerly in a portfolio inscribed 'S.2' with the bookplate of Edward, Earl of Powis (Edward Clive, 1st Earl of Powis of the third creation (1754-1839)),