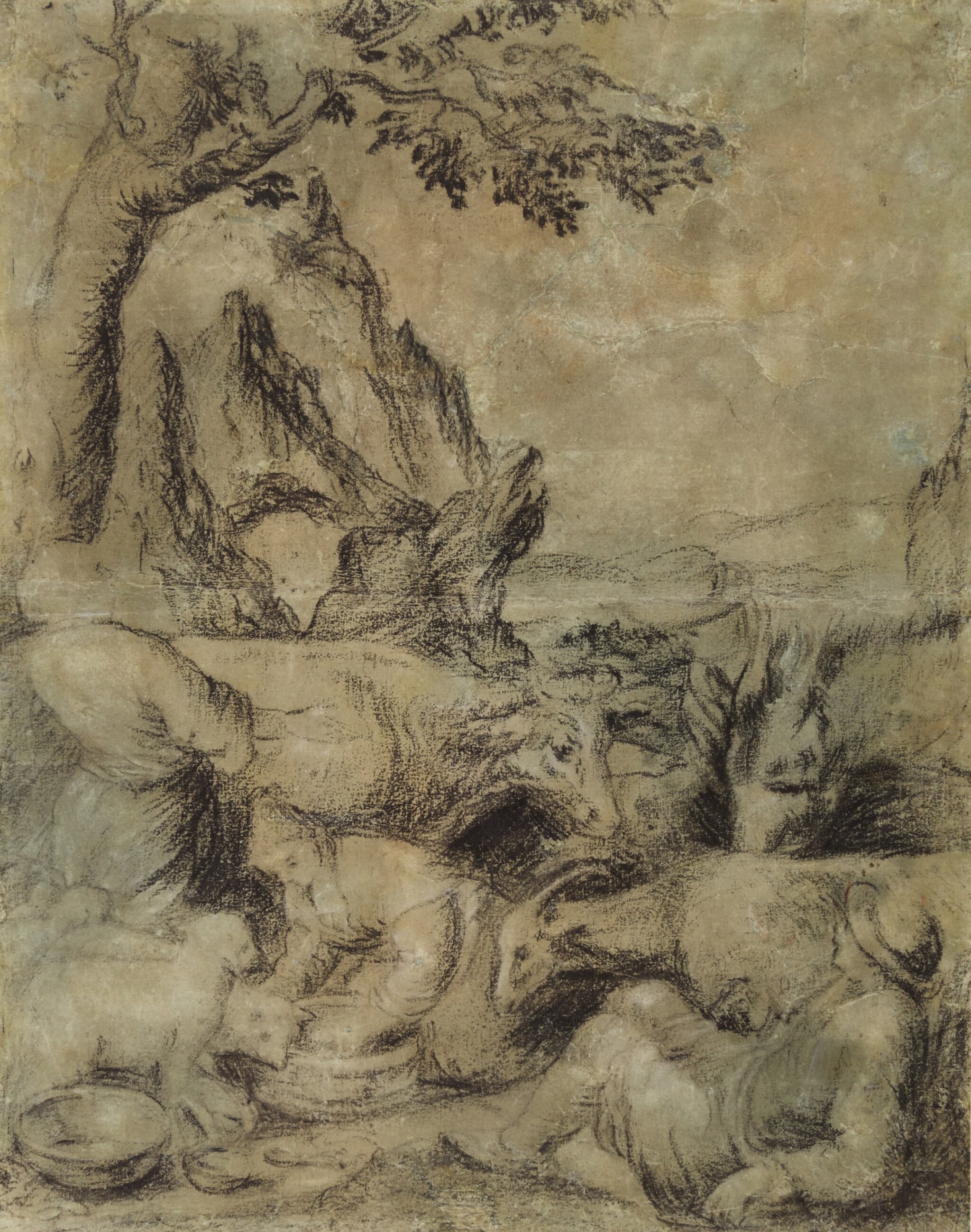 Recto: Herdsmen and shepherds with their animals

Verso: Head of a man, and a standing young workman

This is rare example of a large compositional drawing from the workshop of Jacopo Bassano, most probably drawn by his son Leandro. Although the ceaseless activity of this large bottega, where both Jacopo's sons Francesco and Leandro were active, necessitated finished drawings of this type, or ricordi, for the use of the workshop, only a small number of sheets like this have survived. The bottega produced endless painted versions of successful compositions, and this fact makes it very difficult to attribute a given drawing to a specific member of the workshop merely on the basis of its connection to a painting. After the death of Jacopo, and of Francesco in 1592, the task of maintaining the Bassano artistic tradition for a Venetian and international clientele fell largely to Leandro. Leandro had already moved to Venice by 1588, after the death of his father, opening his own workshop.

The drawing on the recto is freely drawn, but it is most probably a ricordo of a painting, and in fact a very similar composition of an Annunciation to the shepherds by Jacopo Bassano is known from several versions of around 1558, some by the workshop,1 and is also recorded in a later (circa 1595) engraving by Aegidius Sadeler (fig. 1).2 In the present drawing the angel announcing the birth of Christ is missing, but the herdsman to the left is looking up to the sky in a similar pose to that of his painted counterpart.

One of the two drawings on the verso is an interesting large study for the head of a man, reminding us that Leandro was predominately a portrait painter. Both drawings on the verso are quickly sketched, solely in black chalk, and show more clearly the graphic style of the artist responsible for this sheet, which is stylistically close to a drawing by Leandro of the Martyrdom of St. Martina, in the Uffizi,3 a sheet executed in charcoal, black and red chalk on blue paper.