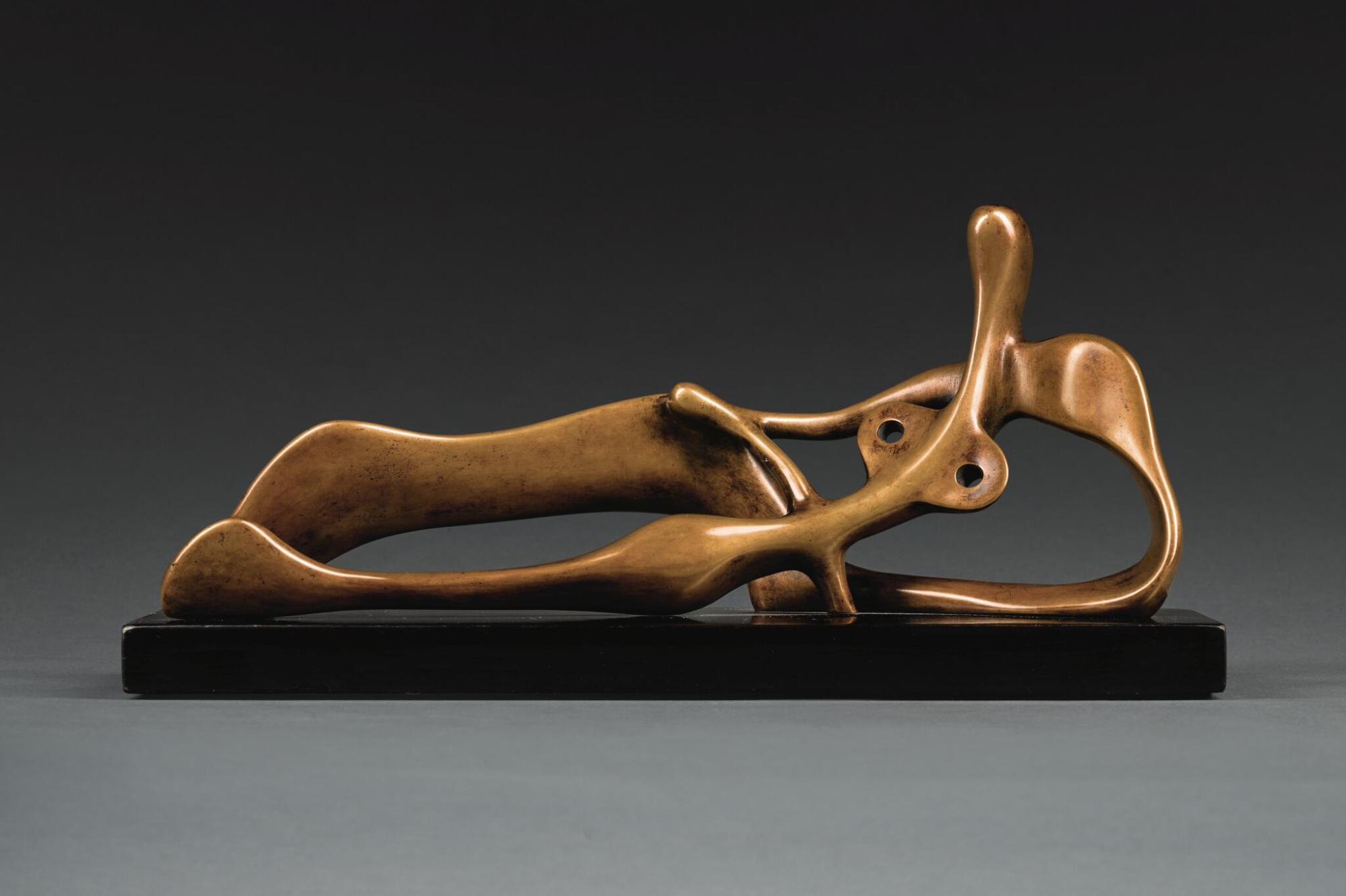 numbered 1/8, inscribed and stamped with foundry mark on the underside

Stephen Mazoh, New York, from whom acquired by Curtis and Margaret Marshall in 1968

'Moore’s figures, of course, represent nothing but themselves, but are made to look as if they themselves had been shaped by nature’s energy. They seem to be weathered, eroded, tunneled-into by the action of wind and water ... Moore’s reclining figures are not supine; they prop themselves up, are potentially active. Hence the affinity with river-gods: the idea is not simply that of a body subjected to the flow of nature’s forces, but of one in which those forces are harnessed' (David Sylvester, Henry Moore, (exh. cat.), Tate Gallery, London, 1968, p.5).

The present work is registered with the Henry Moore Foundation as LH 208a, and is sold together with a corresponding letter from the HMF.