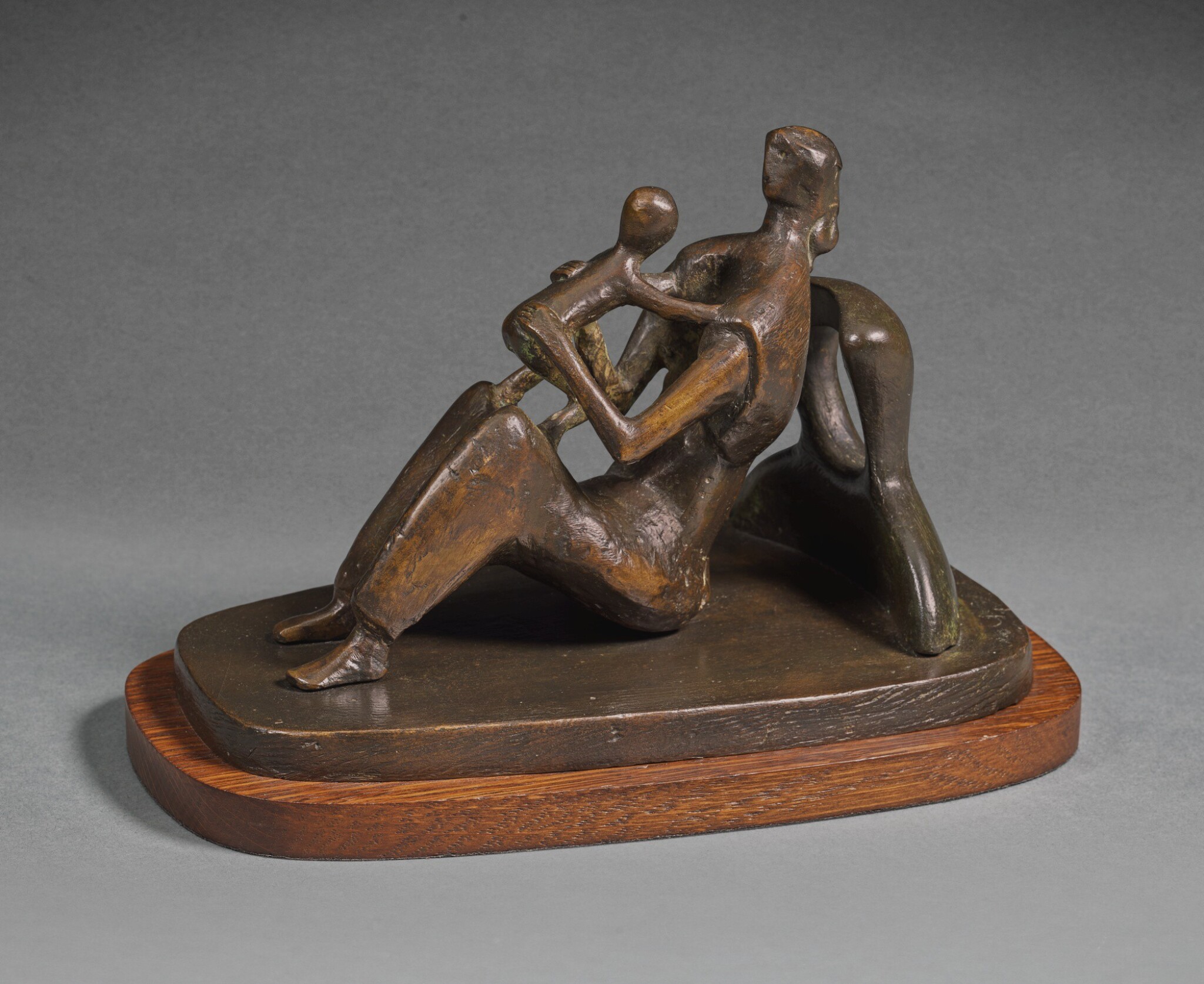 MAQUETTE FOR MOTHER AND CHILD: ARMS

Conceived and cast in 1976, the present work is number 1 from the edition of 9 plus 2 Artist's Casts.

'The "Mother and Child" idea is one of my two or three obsessions, one of my inexhaustible subjects. This may have something to do with the fact that the "Madonna and Child" was so important in the art of the past and that one loves the old masters and has learned so much from them... But the subject itself is eternal and unending, with so many sculptural possibilities in it – a small form in relation to a big form protecting the small one, and so on. It is such a rich subject, both humanly and compositionally, that I will always go on using it.' (Henry Moore quoted in Henry Moore Drawings 1969-79, Pace Wildenstein Gallery, New York, 1979, p.29.)

The present work is registered with the Henry Moore Foundation as LH 697, and is sold together with a corresponding letter from the HMF.

﻿Maquette for Mother and Child: Arms was first owned by the acclaimed actress, Lauren Bacall, a friend of the artist. Bacall became interested in Moore's work while living in California in the 1950s, when she started buying his lithographs. It was not until 1976 that the pair finally met, when Bacall visited Moore at his studio in Hertfordshire, England, a meeting which Bacall described as ‘a highpoint of my life’. This sculpture, part of her notable collection of art and antiques, adorned the drawing room of her elegant apartment in New York's famed Dakota building, overlooking Central Park.