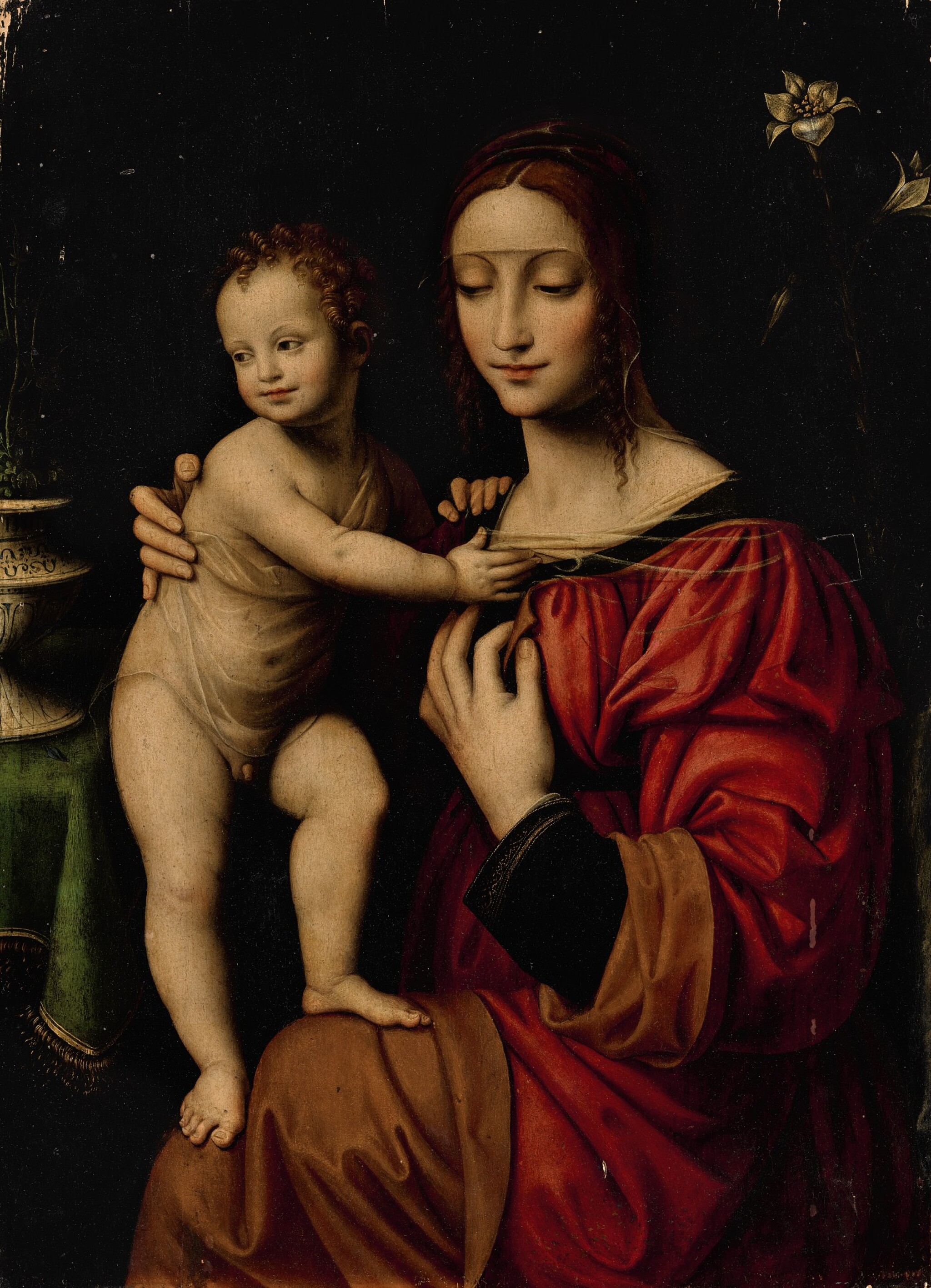 The panel support, which appears to be made of three vertical boards, is flat and stable. It is supported on the reverse by two horizontal battens, one at upper and one at lower edge. The overall image reads strongly, and the painting does not appear to have been attended to extensively in some time. The painting has an old, discolored varnish, and the surface is slightly dirty. Inconsistencies to the surface, some concentrated at the varnish layer, are visible scattered in the background and in the lower right quadrant, such as in the dark reds of the Madonna's cloak near the lower right edge. There are a few scattered losses, some of which have been filled, to the paint layer scattered around the edges, in the background, and in the lower right corner (three in the Madonna's sleeve and two in her lower garment), and a couple thin vertical cracks are visible at the upper edge. There is a square shaped repair in the Madonna's shoulder at right. Inspection under UV light reveals a thick and inconsistent varnish, some fine retouching to the vertical joins, as well as scattered small spots and strokes of restoration, most of which have discolored and are visible to the naked eye. The painting is offered unframed.

This serene portrayal of the Madonna and Child closely follows a composition made popular by Bernardino Luini.  Despite an added table with a small vase at the left edge, preserved in this painting are the Leonardesque qualities of the figures, the vivid coloring of their costume, and the delicate lilies in the darkened background, a symbol of the Madonna's virginity. The prime version of this composition is preserved today in the Capodimonte Museum in Naples,1 while another close comparable, which records the composition in reverse, is today in the Musée des Beaux-Arts, Dijon.2