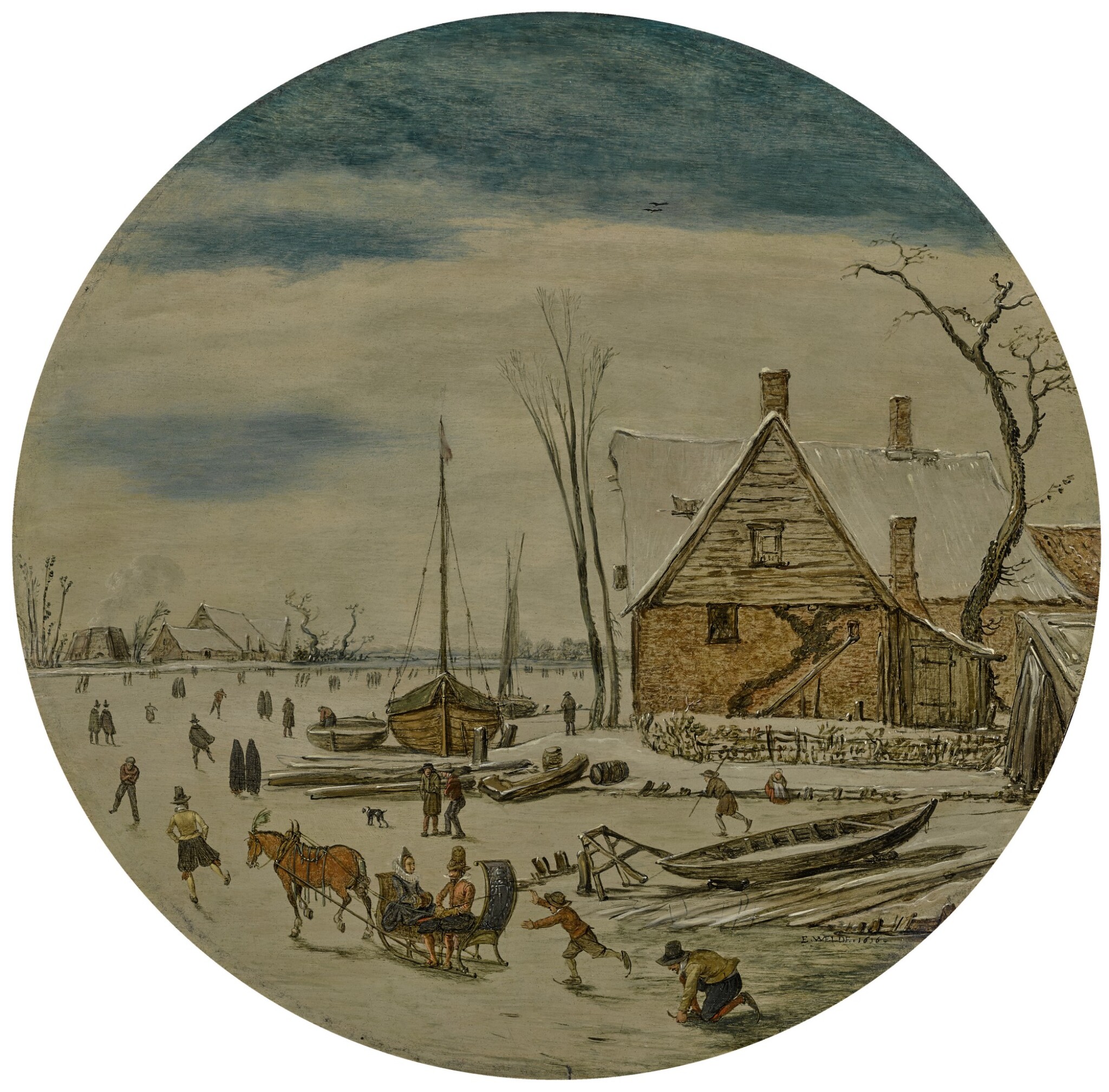 WINTER LANDSCAPE WITH SKATERS AND A FARM HOUSE

There acquired by Henry and June Weldon, New York;

Baltimore, The Walters Art Gallery, An Eye for Detail, 17th Century Dutch and Flemish Paintings from the Collection of Henry H. Weldon, 20 June - 5 September 1999, no. 55.

When he published his monograph on Esaias van de Velde, George Keyes knew the present work only from photographs (see Literature). He has now examined the painting in person and confirms that it is a fine, early work by the artist. Turning away from the carefully structured and mannered approach of his predecessors, Van de Velde was among the earliest proponents of a more naturalistic approach to landscape in the Netherlands. As such he was an important influence on Jan van Goyen, one of his pupils, and the younger generation of landscape artists. Van de Velde's subjects are ordinary scenes, set in landscapes or small towns, as here, and are presented with an utter lack of grandiosity. He paints them from a low vantage point, which creates a sense of immediacy for the viewer.

In the present painting, we see townspeople enjoying a day on the ice. In front is a very formal looking couple perched on a sled with a tall, decorated back, while to the left a skater in a yellow vest looks dangerously close to tipping over. This combination of humor and naivety is characteristic of Van de Velde's earliest works, as are the wispy trees and rather flat buildings. The winter subject dictates a narrow range of tones, but the artist enlivens the scene with the bright colors of the foreground figures and pure white touches of snow.