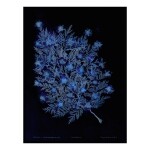 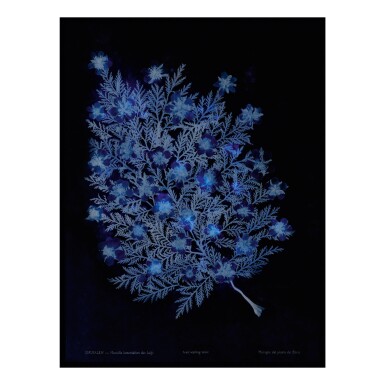 Please note, there is updated provenance available in the online catalogue entry for this lot.

Donated to Artis by Dvir Gallery and the artist

"Dor Guez produces photography and video installations that explore the relationship between art, narrative, and memory, interrogating personal and official accounts of the past. His practice raises questions on contemporary art’s role in narrating unwritten histories and in re-contextualizing visual and written documents. Guez was born into a Palestinian and Tunisian-Jewish family in Jerusalem, and now lives and works in Jaffa." (Dvir Gallery, Brussels, Dor Guez Lilies of the Field, 2018-2019, press release)

This work is a collaboration between the artist and the American Colony archives in Jerusalem. Guez based his work on the pressed flower albums left by pilgrims and tourists of the Holy Land in the late 19th, early 20th Centuries and examines the relation between nature and culture and, more specifically, the way that representations of landscape is subjugated to Orientalist precepts.

Artis is an independent nonprofit organization based in New York and Tel Aviv, founded in 2004, whose mission is to broaden international awareness and understanding of contemporary visual art from Israel. Artis connects artists, art professionals, and the public through programs that emphasize sustained support and meaningful opportunities for visual artists from Israel living anywhere in the world. These efforts include career development programs and collaborations with 448 institutions through cultural seminars, public programs and exhibition grants.