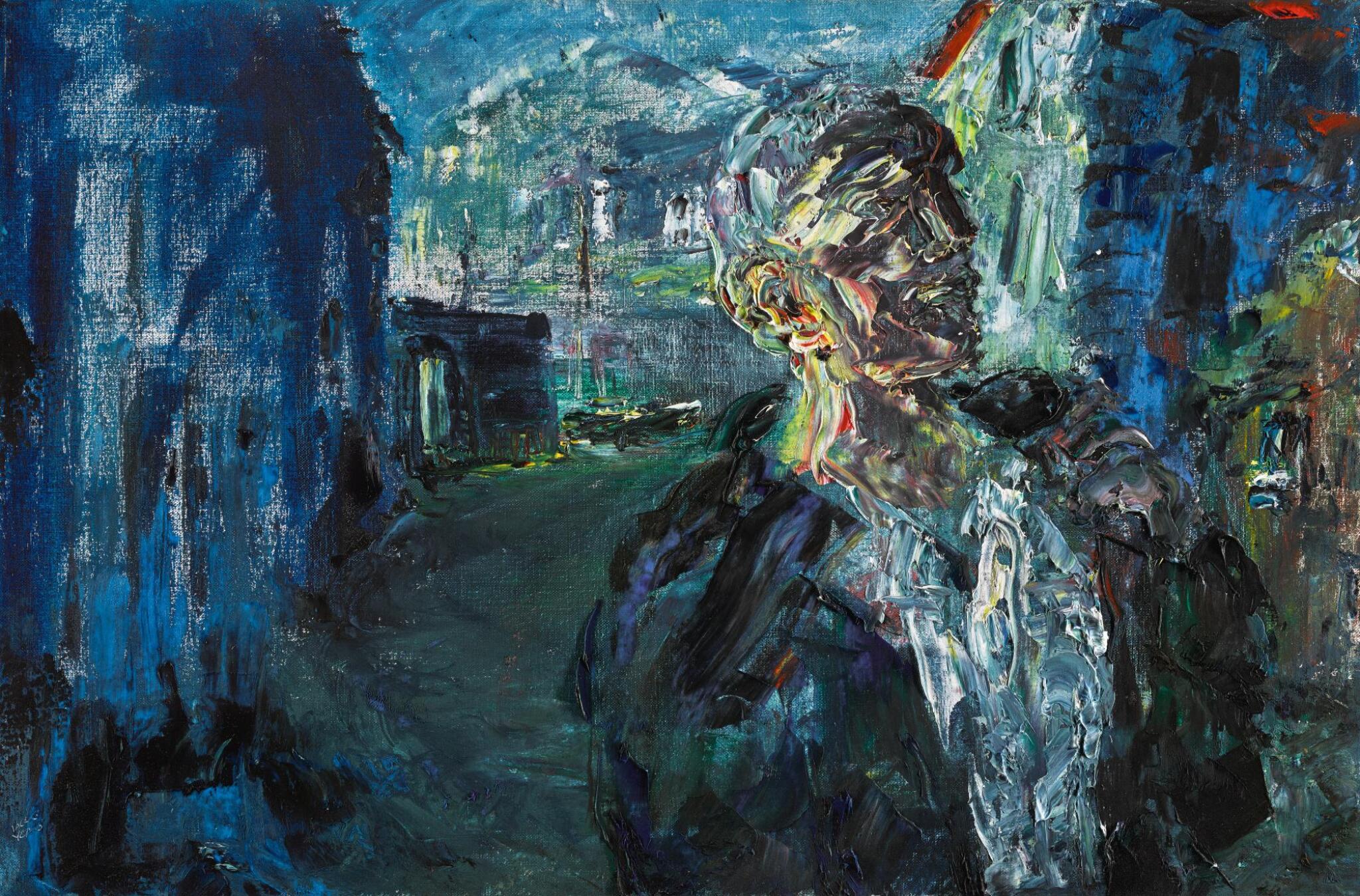 signed l.l.: JACK B/ YEATS; titled on the stretcher verso

Original canvas. The work appears in very good overall condition, with rich passages of impasto to the figure.

Held under glass in a painted cream-coloured frame.

Purchased from the artist by Terence de Vere White, September 1947;

A stevedore is walking homewards through the darkened streets of Sligo town. A view of the quayside and the masts of ships are visible behind him as are the expansive mountains of Co. Sligo. The figure is based on Yeats’s childhood memory of a man who worked on his grandfather’s ships in Sligo (Hilary Pyle, op. cit., p.756). Yeats’s fascination for the seafaring life began with his boyhood journeys along the Garavogue River that runs between Sligo town and the Atlantic Ocean. He travelled in the ships belonging to his grandparents and his uncles and had great regard for the wisdom of the pilot men, the stevedores and the gangers that worked on the Sligo quays.

Stevedores loaded and unloaded the cargo and their physical strength was essential to the smooth running of the shipping business. Along with the pilot and the captain, the stevedore was a recurring figure in Yeats’s depictions of marine life. In 1925 he painted another work entitled The Stevedore.

The Stevedore stands proudly, carrying a bag over his shoulder. His face is sculpted out of thick yellow, white and red pigment, suggestive of reflected light, emanating from a nearby unseen building. His white shirt and dark navy jacket are constructed out of what seem to be anarchic brushstrokes that evoke energy and movement. This vibrant section of the painting contrasts with the sparsely painted streetscape and harbour to the left of the composition. The solidity of the archway at the quayside provides a solid counterpoint to the striding figure of the worker. Beyond it, the open, ethereal world of the sea and of nature prevails.

The painting was bought by the writer and close friend of Yeats, Terence de Vere White in 1947. Decades later it was acquired by the successful businessman and Yeats collector, Sir Michael Smurfit.