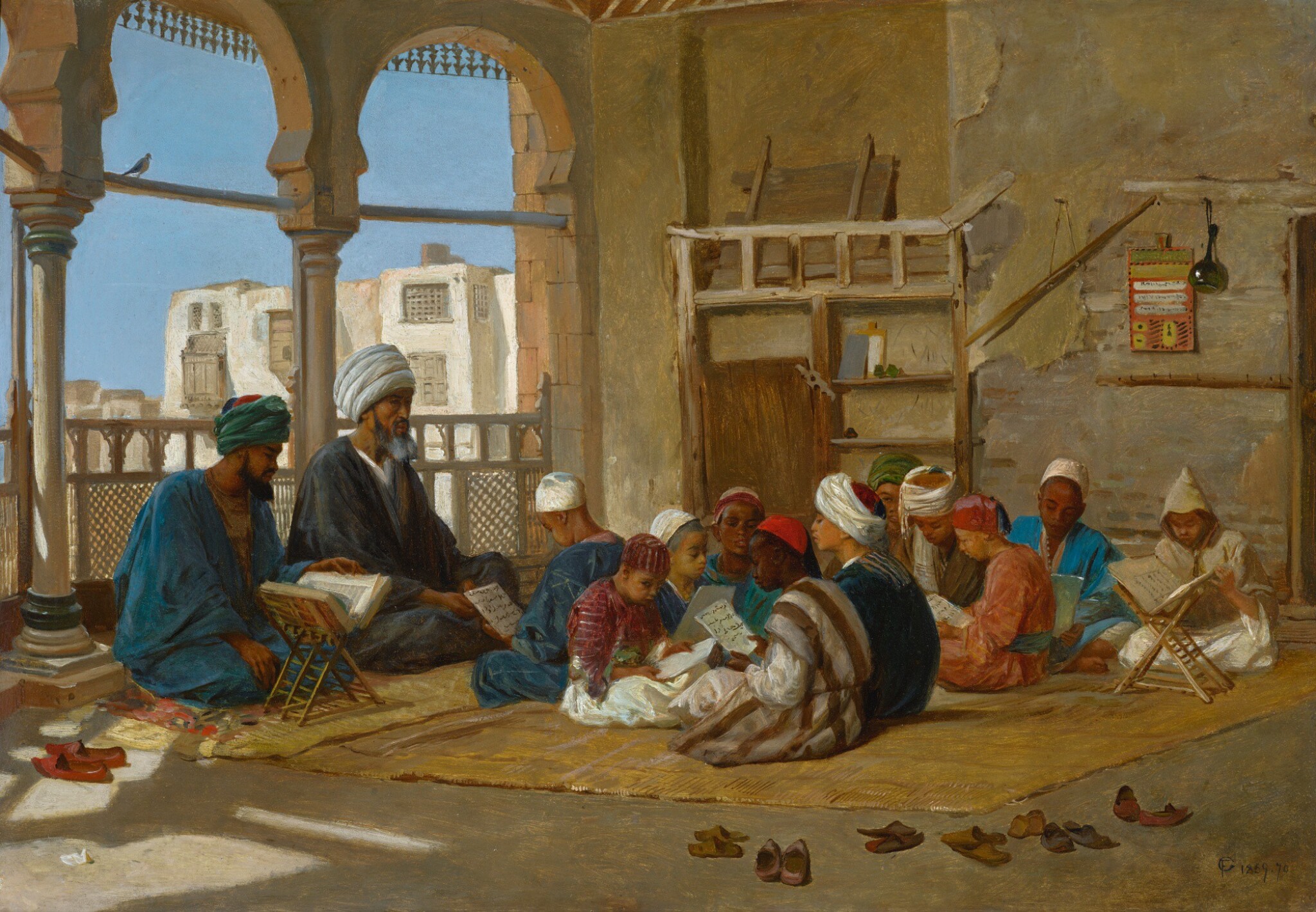 oil on paper laid down on canvas

Uninspired by his homeland's genre scenes, Goodall made two journeys to the Near East. During the first journey in the winter of 1858-9, he spent time in Egypt in the company of the Bavarian watercolourist Carl Haag. His account of his time in Cairo betrays the sources of his artistic inspiration: the ancient city's spaces as well as the customs and daily activities of its residents.

Goodall exhibited the first of his many Orientalist scenes, Early Morning in the Wilderness of Shur, at the Royal Academy in 1860 which received praise from critics and artists, including Sir Edwin Landseer and the great Orientalist painter and etcher, David Roberts. The art dealer Ernest Gambart agreed to purchase all of the oil sketches made on this tour for the considerable sum of six thousand guineas. This payment funded Goodall’s second visit in 1870-1, during which he joined the nomadic Bedouin near Saqqara.

The dating on The Madrasa indicates that he started it during his first visit to Cairo and completed it more than a decade later. It may have been painted as a pendant to The Tea-Shop also dated 1859-70 (Christie’s, 29 April 2019, lot 8) which is the same size and also depicts a domestic commonplace scene with male figures. Both works clearly depict observed scenes, the present subject being a lesson in Koran reading for a group of Egyptian children.