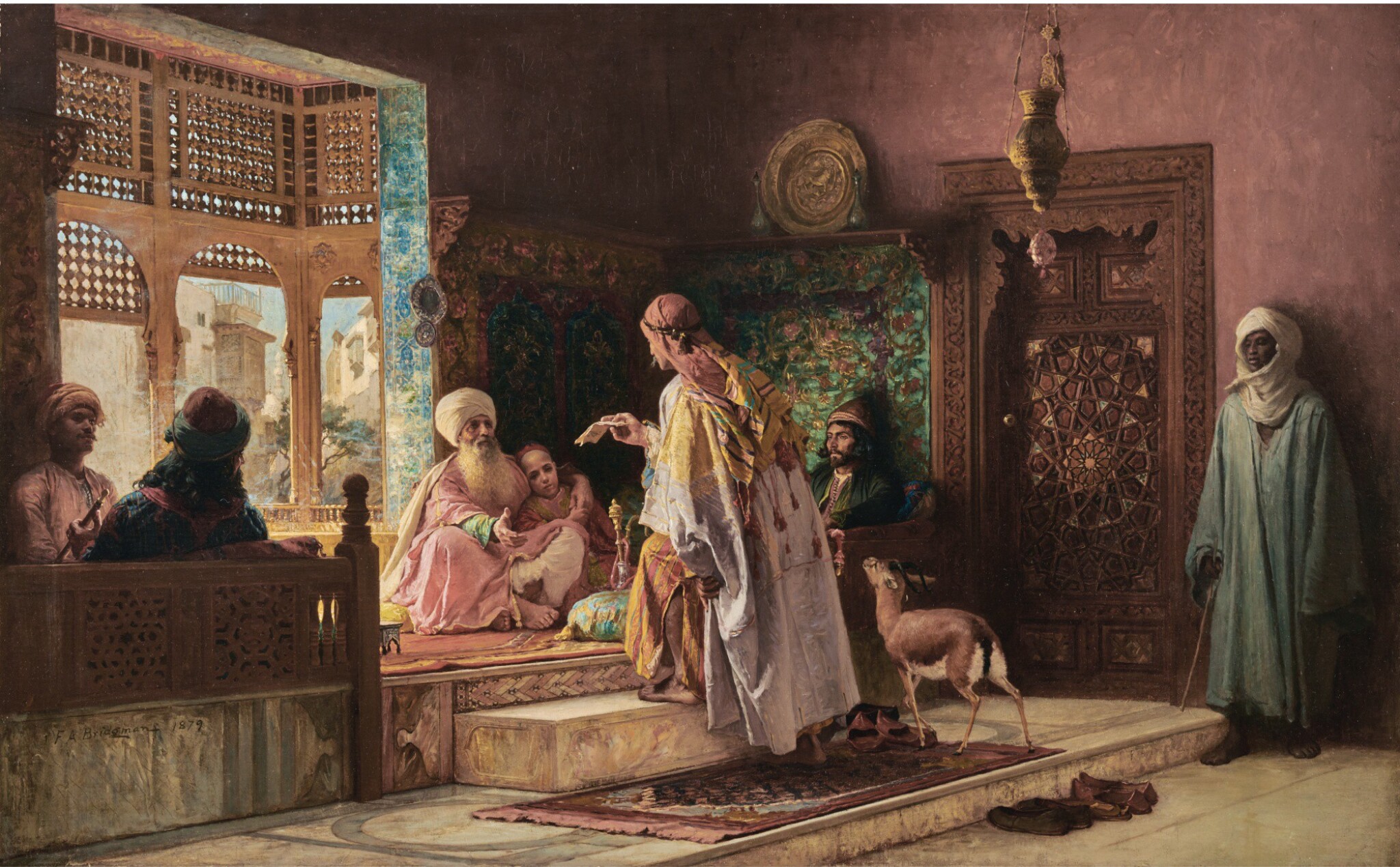 Painted in 1879, this painting was inspired by the artist’s only trip to Egypt in the winter of 1873-74. Set in a Cairene interior, the composition focuses on a meeting between the turbaned master of the house, surrounded by family and advisers, and a moustachioed envoy bearing a letter of importance. The envoy, a Bedouin to judge from his headdress, has respectfully removed his shoes as he steps on to the dais to deliver his message.

The interior is highly decorated with architectural elements from the fourteenth and fifteenth century Mamluk period, including an exquisite ivory-inlaid door. Known for its harmonious geometrical designs, bold symmetry and formal strength, Mamluk architecture and geometry were much admired by nineteenth-century Europeans and were often incorporated in Orientalist paintings.

Bridgman’s travels to North Africa, including Algeria and Egypt, were a constant source of inspiration to his production throughout his entire career. His paintings ranged from scenes of prayer to portraits of local people. Above all, Bridgman was interested in depicting contemporary local customs. In this respect, a letter being hand-delivered by a messenger travelling from afar would have been a novel event for observers from the West, where the electric telegraph had made its first appearance in the 1840s.

In his choice of subject, Bridgman may well have been inspired by John Frederick Lewis's masterpiece, An Intercepted Correspondence, painted ten years earlier (fig. 1).