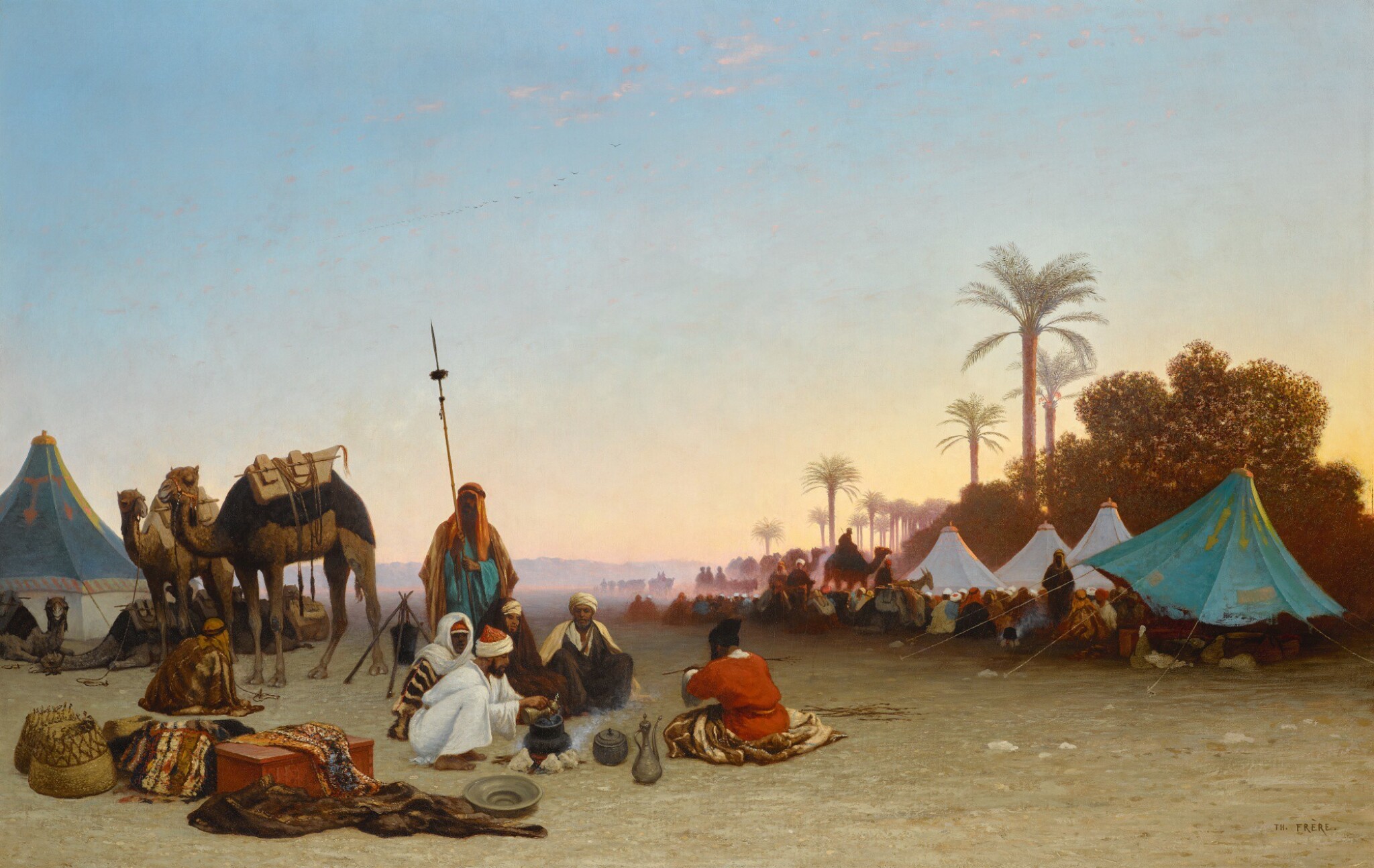 London, Mathaf Gallery, A Retrospective of Middle Eastern Painting, 1980, illustrated in the catalogue

This is among the largest and most dramatic desert views by Frère, who tended to paint on small scale. The size accentuates the vastness of the desert and of the desert sky, and lends the figures, at one with their beautiful but harsh environment, a stoic monumentality. A camel caravan has made camp for the night on the edge of an oasis. The travellers have pitched their tents and settled down in groups around their fires to boil water for tea and for cooking the evening meal. They are back-lit by the last rays of the sun sinking behind the distant horizon. Writer, poet, painter, and art critic Théophile Gautier, an experienced traveller himself, noted that Frère's paintings exuded an authenticity that could only have come from first-hand experience of the culture and the actual scenes he encountered.

Frère exhibited two views of Algiers at the Paris Salon as early as 1839, marking the start of his long, distinguished, and prolific career as an Orientalist painter. Between 1839 and 1887, he exhibited over 120 landscapes and street scenes of North Africa and Egypt, all of them immediately recognisable by their vivid, luminous palette. His first trip to Syria, Palestine, and Egypt in 1851 was by way of Constantinople and Asia Minor. The tour provided him with a wealth of subjects and inspired the four works he exhibited at the Exposition Universelle in Paris in 1855. Though based in Paris, Frère kept a studio in Cairo and became an honorary Egyptian when the Egyptian government bestowed upon him the title 'bey'. In 1869 Frère visited Egypt for the last time to witness the celebrations of the opening of the Suez Canal.