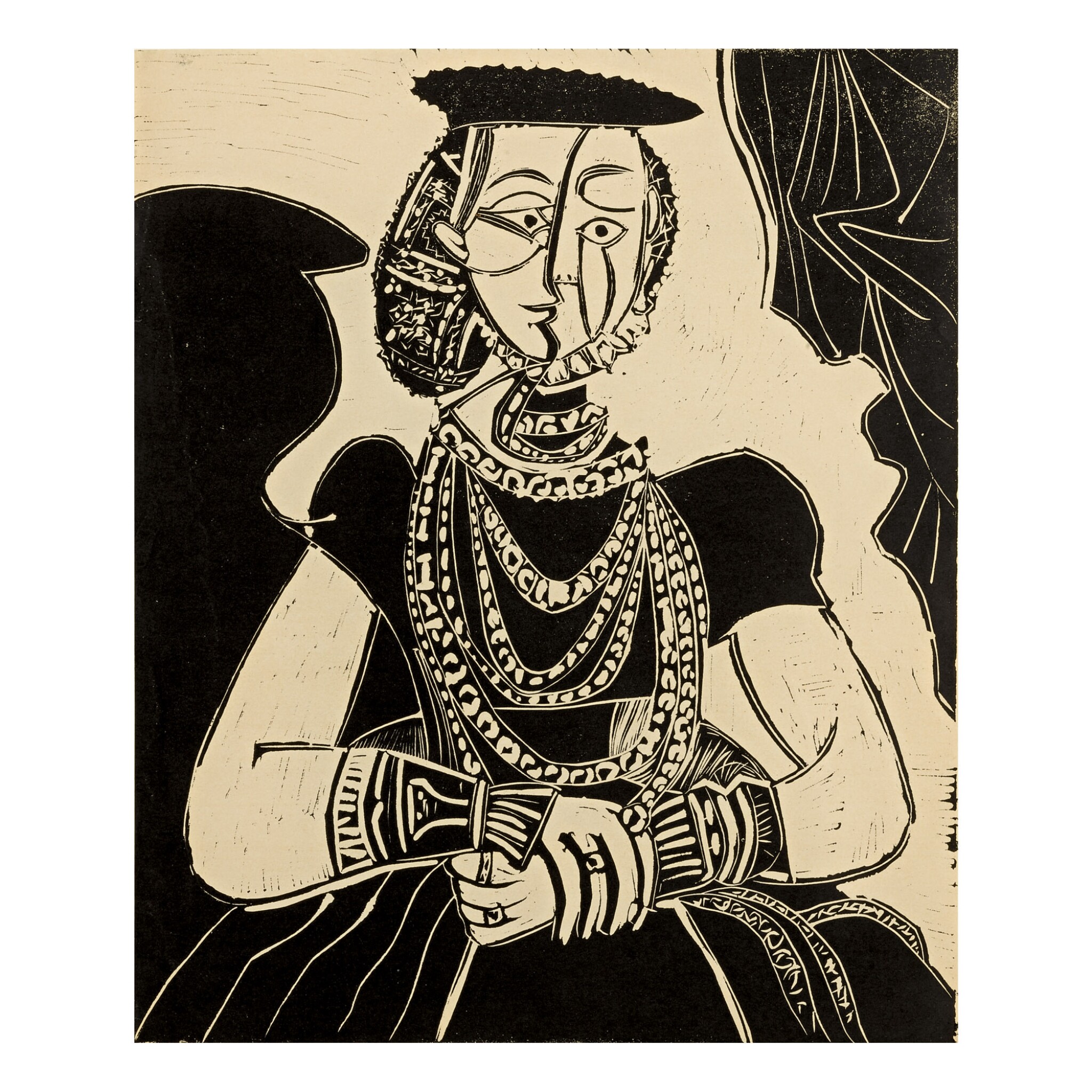 Linoleum cut printed in black, 1958, Baer's A of C, the first state of three of the Cinquième plateau: le Noir, a rare, unrecorded proof aside from the numbered edition of 50 of the final state in full colors (Baer records only one impression of this state printed in brown on strong offset paper), on thin wove paper, stamped in ink 'Imprimerie Arnéra Archives / Non Signé' on the verso, framed

The print is in good condition apart from a few tiny, skillfully repaired tears in the left sheet edge, the longest measuring 1/4 inch in the shadow of the figure near top, and inconspicuous handling creases.

Although he had made one linoleum cut in 1939, Picasso did not explore the technique in earnest until 1953-4, with the printer Hidalgo Arnéra in Vallauris, when he began to experiment with making linocuts in different colors on separate blocks, which he would then superimpose on the same sheet of paper. He first attempted Portrait de jeune Fille, d’après Cranach le Jeune. in two colors on 3 July 1958, but the following day returned to the same subject more ambitiously. On 4 July he made five different linoleum blocks – sepia, yellow, red, blue and black – to be superimposed on each other in that order. He then proceeded to print different proofs, in the process making two different states of the color blocks and three of the black in order to arrive at the final image.

The resulting prints after Cranach the Younger’s 16th century portrait are widely considered to be the artist’s most complex and important works in the linocut medium. Evoking both Cubism and classical portraiture, they are remarkable not only for their technical mastery, but also for their early position within Picasso’s graphic work in colors. This rare proof, printed from the first state of the black block, which served as the keystone of the composition, is evidence of Picasso’s creative process - his ‘need to transform’ - and a testament to his genius.