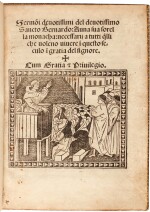 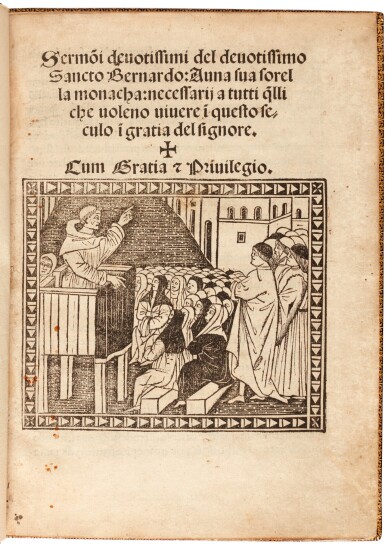 4to (205 x 148mm.), woodcut illustration on title-page depicting a preacher in front of a group of nuns and monks, woodcut initials, modern crushed black morocco by Wallis, gilt edges, small tear at foot of m1

This collection of sermons is also attributed to Thomas of Beverley (c. 1150-c. 1225). The woodcut of a preacher was previously used by Pensi in an edition of Caracciolo's sermons, printed on 10 October the same year.