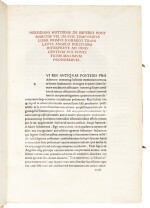 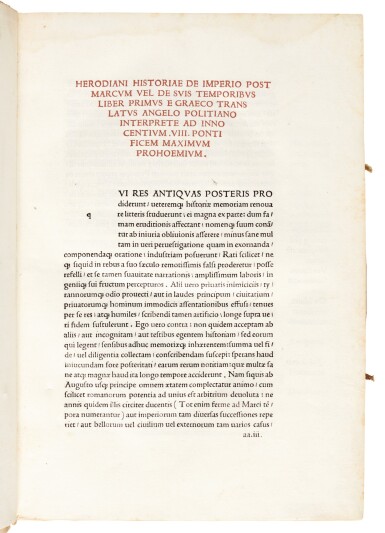 Herodian's history of the Roman Empire after Marcus Aurelius (from 180 to 238AD) was written shortly after the events it describes; Herodian probably died in around 240. The first edition, printed in Rome in 1493, was not approved of by Poliziano, in particular because of the long list of errata at the end, and the omission of the printed marginalia. This edition includes a prefatory letter from Poliziano to the Bolognese Andrea Magnanimo, indicating that Alessandro Sarti should help with the correction of the text, which is not present in the Rome edition.