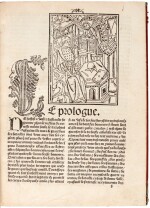 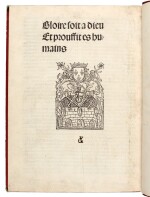 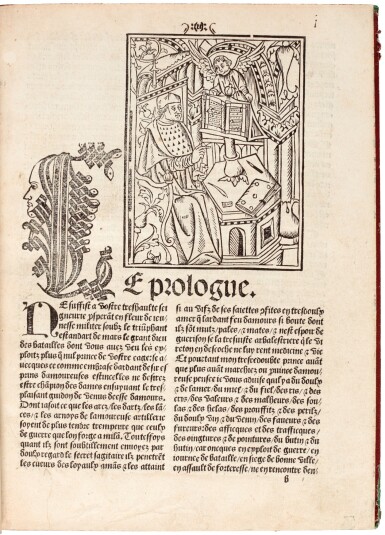 A richly illustrated edition of the Roman de la rose, with the text complete (lacking only the preliminaries). The text is in the prose version of Jean Molinet (1435-1507), which is divided into chapters with Christian moralisations provided at the end of each chapter. Molinet's version was probably first printed by Vérard in c. 1500 (though the date of this edition is uncertain) and the woodcuts in Balsarin's reprint are close copies of an earlier Lyon edition from the 1480s of the Roman de la rose.