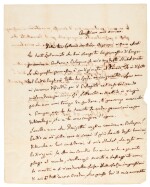 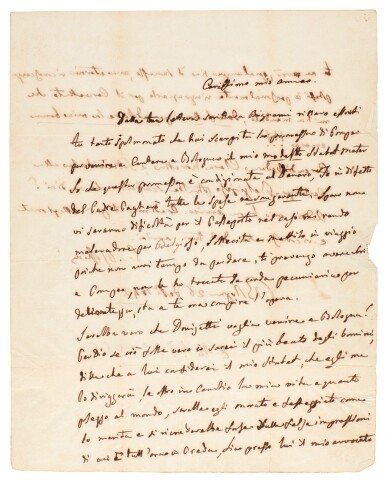 The Stabat Mater was one of Rossini’s most important later works. He did not hear the first public performance in Paris on 7 February 1842. A few weeks later he wrote to Donizetti asking him to come to Bologna to conduct it, putting his house at his disposal. Donizetti directed three very successful performances in Bologna on 18-20 March. Rossini’s long-term aim was to persuade Donizetti to assume the directorship of the Liceo Musicale in Bologna. Giacomo Pedroni worked for Ricordi, liaising with composers about performances of their works; Rossini addresses him in the familiar “tu” form, according him the title "Maestro", which usually means a composer or conductor.