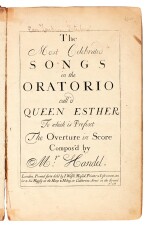 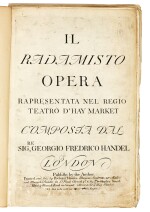 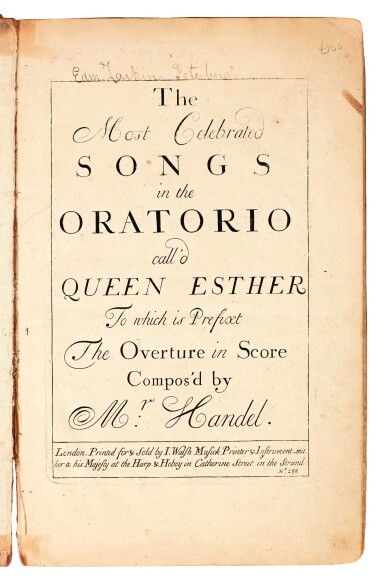 G.F. Handel. First edition of the oratorio "Esther" and three others by Handel and Corelli, 1700-1739

G.F. Handel. First edition of the oratorio "Esther" and three others by Handel and Corelli, 1700-1739

4 volumes, folio or oblong 4to, engraved throughout

Esther was the first English oratorio, performed publicly in 1732; only the publisher's number 288 on the title distinguishes it from the first issue. Edmund Larkin (1786-1839) was Organist of Peterborough Cathedral.