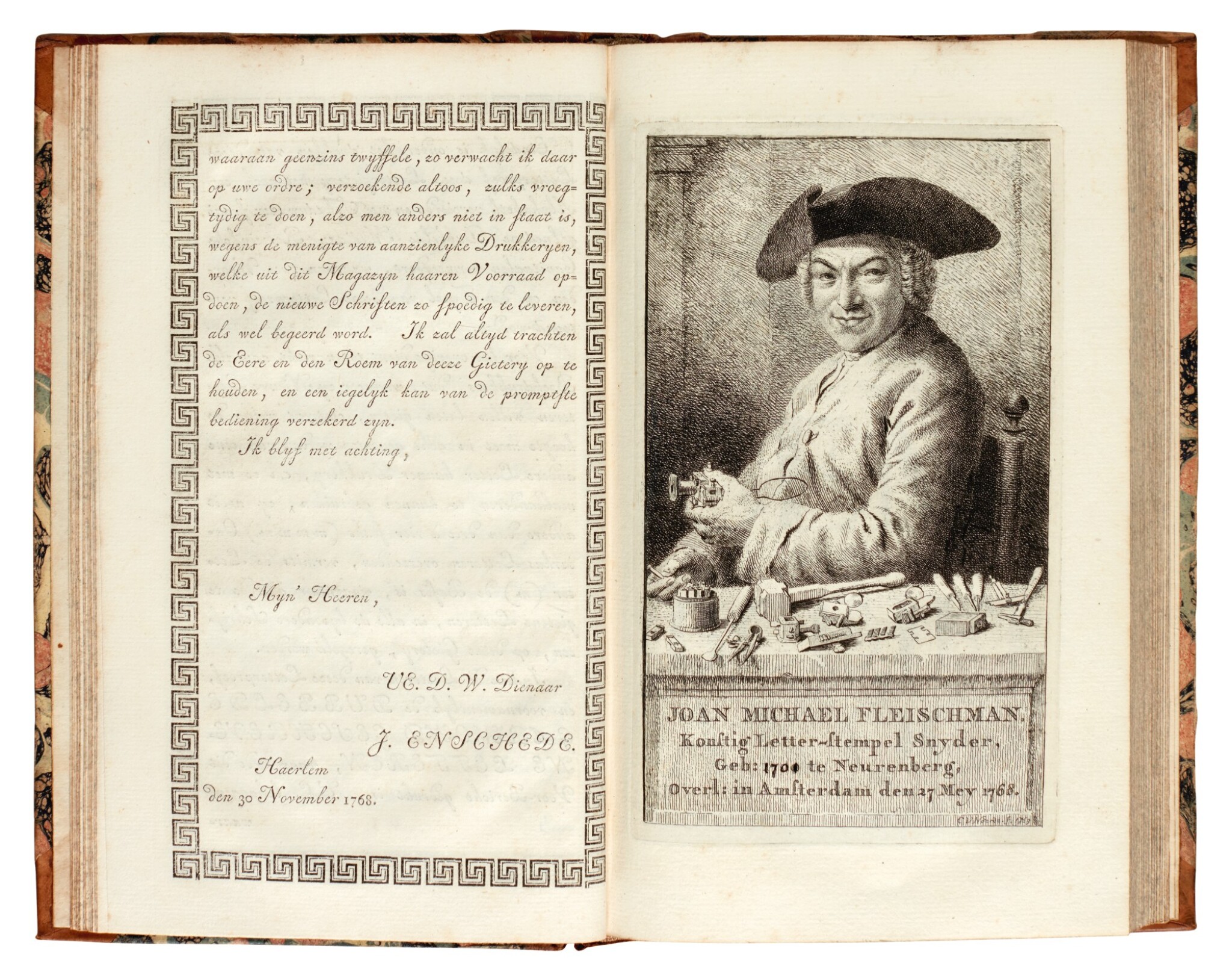 A fascinating work on typography, previously issued in 1757. Most of the samples of type give the name of the designer and the date (they are mostly by J.M. Fleischman). Enschedé (1708-1780) was a Dutch printer who believed Hadrianus Junius's story that printing had been invented by Laurens Coster of Haarlem rather than Gutenberg, hence the portraits of Coster and Junius included in this work. The Enschedé firm became the greatest letter foundry in Europe and it still exists today albeit in a different guise.

﻿Condition is described in the main body of the cataloguing, where appropriate.