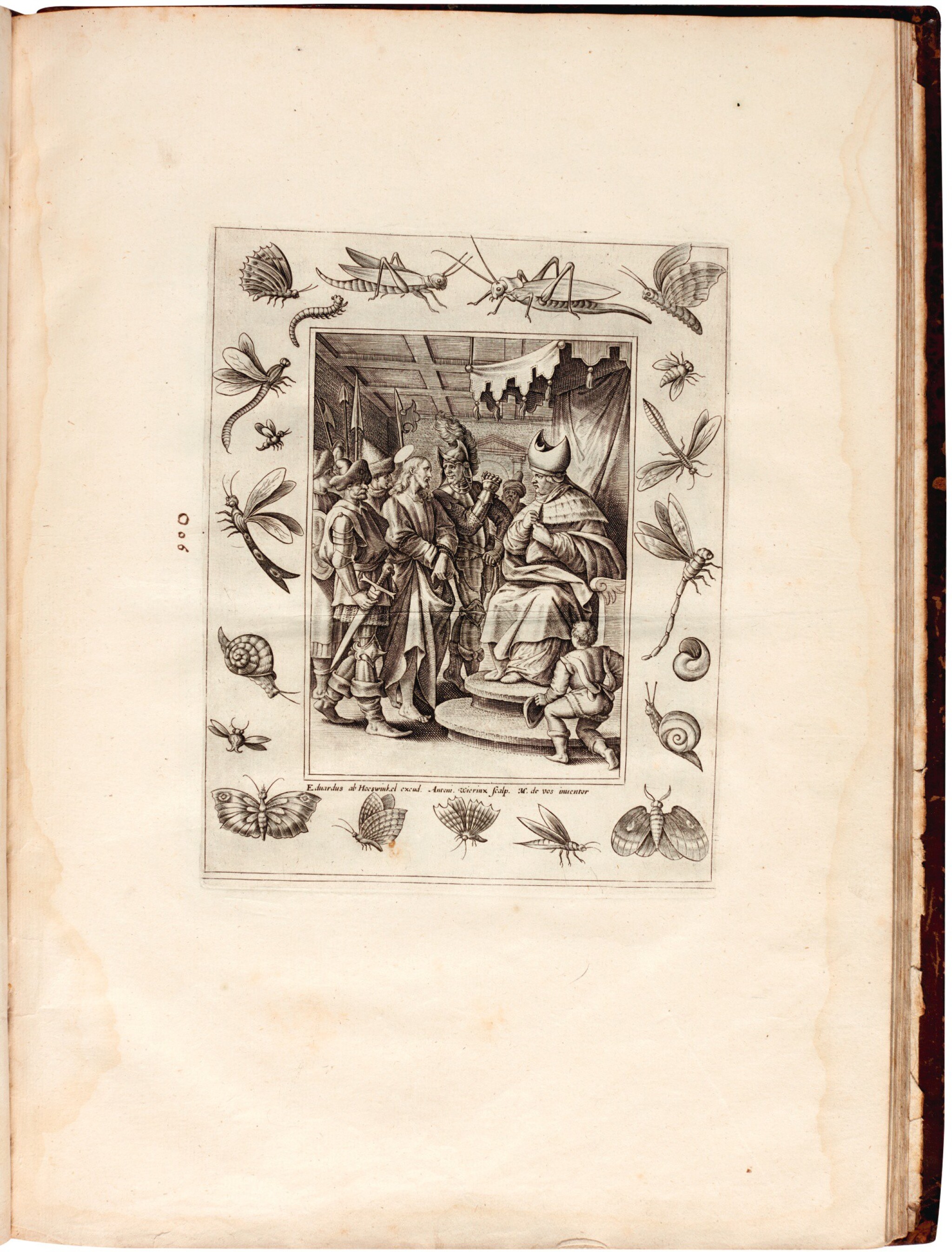 GALLE, PHILIPPE, HENDRIK GOLTZIUS AND OTHERS

20 engraved plates of the Life of Christ, each within a fine border inhabited by birds, flowers or insects, designed by Maarten de Vos, engraved by Hieronymus Wierix and printed by Eduard van Hoeswinckel. [c. 1584]

3 engraved plates of Roman emperors, each with 4 portraits per plate

4 engraved plates on dying well by Cornelis and Philippe Galle

7 engraved plates of the planetary gods by Jan Saenredam after Hendrick Goltzius. 1569

3 engraved plates of weddings by Saenredam after Goltzius

3 oval-shaped engraved plates with captions in Latin and German

4 engraved plates of the Four Elements by Philippe Galle after Marc. Gerard

9 engraved plates of a masked ball by Assuerus van Londerseel

4 engraved plates of characters from Ovid by Theodor Galle

folio (353 x 257mm.), old panelled calf, sold as a collection of plates not subject to return