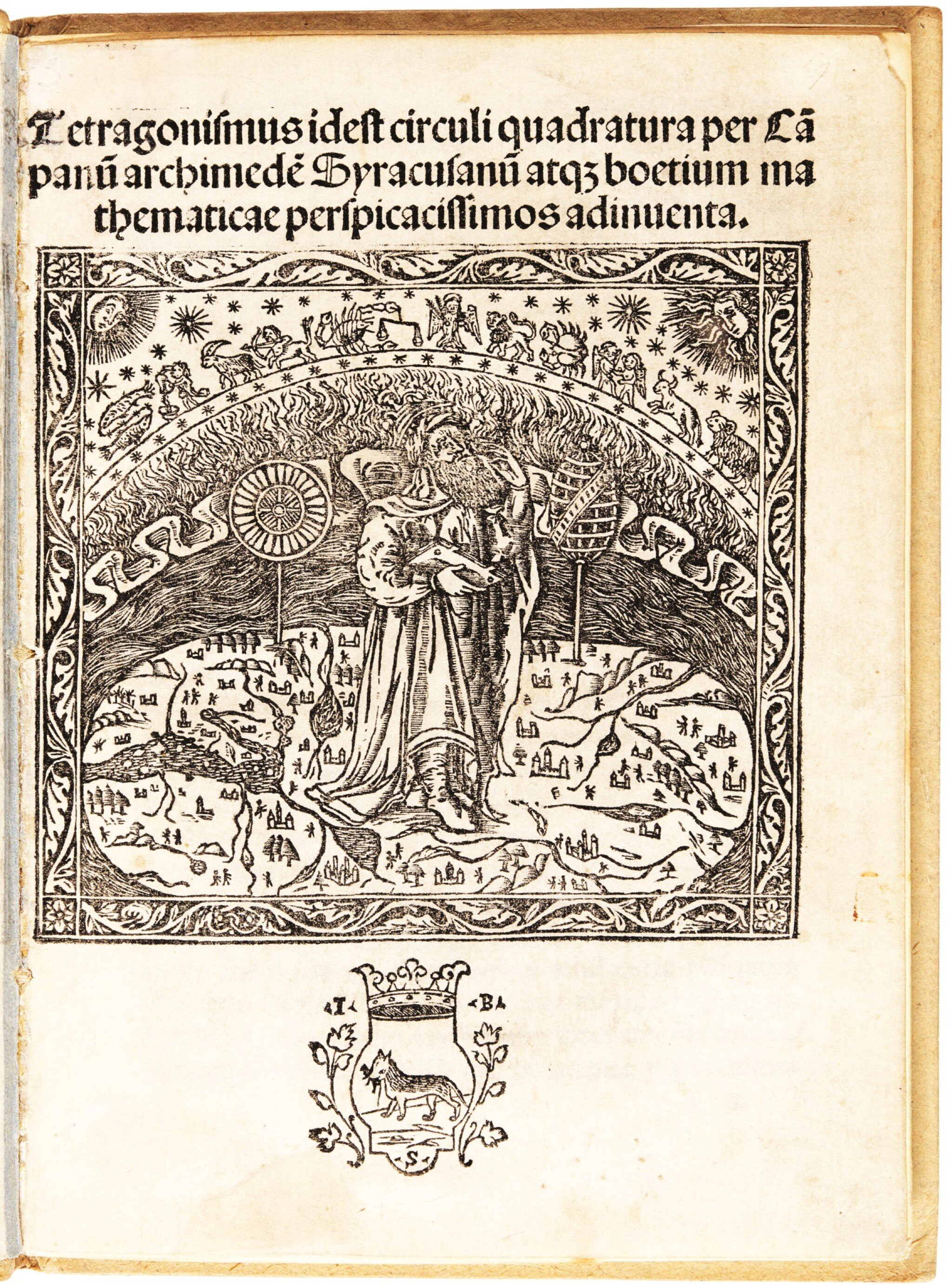 THE FIRST WORK BY ARCHIMEDES TO APPEAR IN PRINT; his treatises included in this short work, Quadratura paraboli and Quadratura circuli, are in the Latin translation of William of Moerbeke made in the thirteenth century. Gaurico, the editor, was teaching astrology at the University of Padua in 1503; he subsequently produced numerous works on prognostications and astrology. A full edition of Archimedes had to wait until the 1544 Basel edition containing both the original Greek and a Latin translation. The tracts are accompanied by similar works by the thirteenth-century Campanus of Novara and by Boethius on the quadrature of the circle.